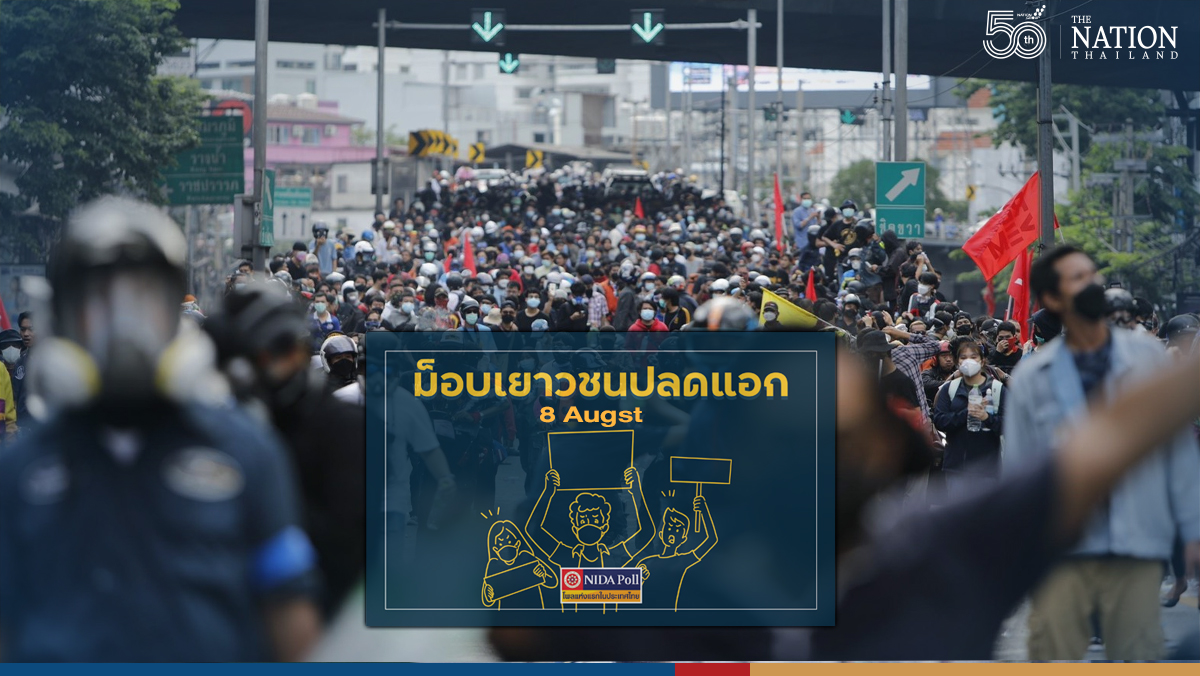 More than half the respondents of a Nida Poll think there was a mastermind behind the protest by the Free Youth group on August 7, while more than 10 per cent were not interested in the event.

The poll by the National Institute of Development Administration (Nida) was conducted from August 9-11 and surveyed 1,318 people aged 18 years and over, across regions, education levels and occupations. The data was collected via telephone interviews, based on simple random sampling method.

When asked if there was someone behind the Free Youth rally on August 7:

When asked about their opinion on the protest by the Free Youth group on August 7: