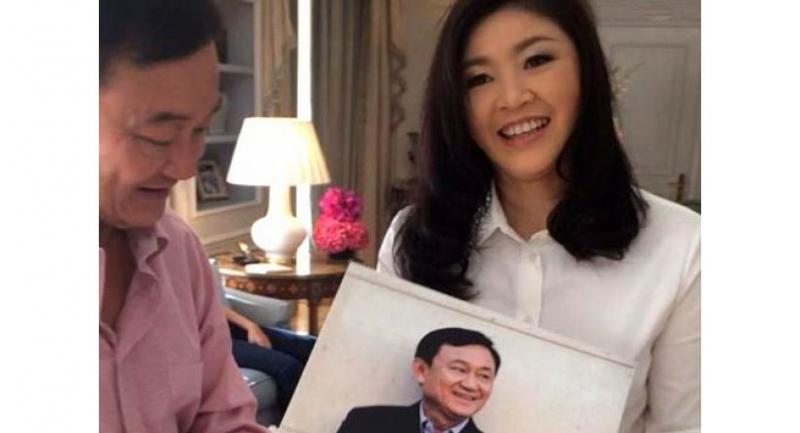 DESPITE FUGITIVE former prime minister Yingluck Shinawatra being convicted and her whereabouts being known, police have not yet requested that she be given “red notice” status by Interpol.

Deputy national police chief Pol General Srivara Ransibrahmanakul said yesterday the United Arab Emirates had notified Thai authorities that Yingluck had left Dubai for London.
However, Srivara did not say when the information was provided.
He said Thailand and the United Kingdom had an extradition treaty, but prosecutors were responsible to seek extradition.
“Police have fulfilled their responsibility and informed the Attorney-General [about Yingluck’s whereabouts],” Srivara said.
Deputy national police spokesman Pol Colonel Krissana Pattanacharoen told The Nation that police had requested that Interpol issue a blue notice for Yingluck first in order to locate her, before applying for the red notice, which would require police in other countries to arrest her.
The request was sent last Wednesday, when the Supreme Court sentenced Yingluck in absentia to five years in jail. However, there had not been a response from the international agency, he said.
The most recent Thai fugitive subject to a red notice was Vorayuth “Boss” Yoovidhya, the heir to the Red Bull energy drink fortune, who has been charged over a car crash that killed a Bangkok policeman five years ago.

The colour-coded notices are international alerts used by police to communicate information about crimes, criminals and threats around the world. They are circulated to all 192 member countries at the request of a country or authorised international entity. The information disseminated via the notices concerns individuals wanted for serious crimes, missing persons, unidentified bodies, possible threats, prison escapes and criminals’ modus operandi.
A blue notice would prompt Interpol members to help locate, identify or obtain information about Yingluck and her whereabouts. It is separate from a red notice, which is basically an international arrest warrant.
Srivara said he had told Interpol authorities in Bangkok to apply for the red notice, given that Yingluck was a wanted convict. They would proceed with the application, he said, but eventually it was up to Interpol headquarters to determine whether to issue a notice.
Yingluck fled the country in late August, just days before the Supreme Court was due to deliver a verdict on her alleged negligence in preventing corruption and irregularities in the implementation of her government’s rice-pledging scheme.
Since then, she has not been seen in public, and her relatives in Thailand have remained silent regarding her whereabouts.
The court last week sentenced her in absentia to five years in prison.
After the verdict was read, Prime Minister General Prayut Chan-o-cha said Yingluck was in Dubai. However, he was contradicted by foreign media reports that she was seeking political asylum in London.