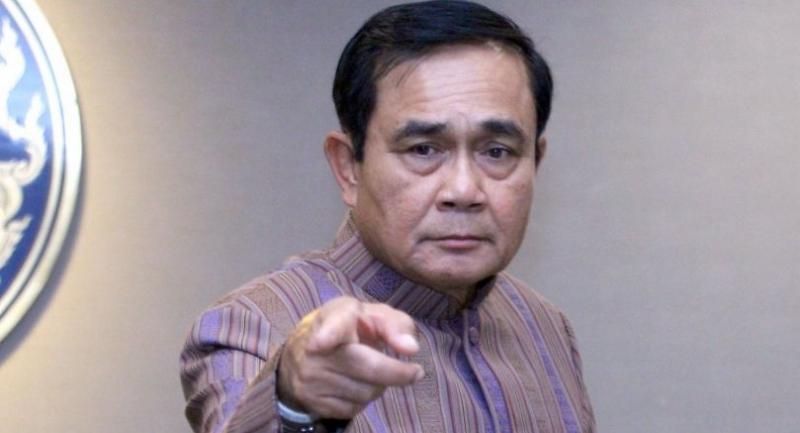 JUNTA CHIEF Prayut Chan-o-cha has used his special constitutional powers under Article 44 to scrap the selection of new members of the National Broadcasting and Telecom Commission (NBTC) and require incumbent commissioners to stay on.

A National Council for Peace and Order (NCPO) meeting yesterday also agreed in principle on an aid package for digital television broadcasters with its implementation yet to be decided, said government spokesman Sansern Kaewkamnerd.
Last week, the National Legislative Assembly (NLA) rejected the list of NBTC candidates on grounds that many were not qualified. The process to select a fresh set of commissioners will not begin until a new NCPO order is delivered, according to an announcement in the Royal Gazette yesterday.
Incumbent NBTC commissioners are expected to go ahead with the planned auction of 1800 MHz spectrum slots in the middle of this year, said Takorn Tantasith, NBTC secretary-general.
Prime Minister Prayut declined to elaborate about the implementation of the aid package for financially troubled digital TV operators.
Earlier, NBTC proposals to help both the broadcasting and telecom sectors were heavily criticised for “unfair treatment” that resulted in a delay to the NCPO order to help struggling digital TV operators.
Under the new aid package, the 13 digital TV licensees, who had earlier petitioned Prayut and the NCPO for help, will see their next three annual payments of licence fees suspended. These were due in 2018, 2019 and 2020.
However, licensees must pay 1.5-per-cent interest per annum on the amounts until they are paid in following years.
Second, the NBTC will subsidise the expenses for broadcasting facilities for a two-year period.
Third, licensees will be allowed to transfer their digital TV licences to other investors, which is not legally possible at the moment.
Suparb Kleekajai, president of the digital TV operators’ association, said the aid package will give a new lease of life to struggling operators over the next few years, while the proposal to allow licence transfer will increase flexibility in managing the viability of businesses.
A total of 24 companies were granted digital TV licences in 2013 but two opted out with a court order due to heavy losses.
Of these remaining 22 licensees, 13 have sought financial help from the government due to an oversupply of digital TV channels and advertising revenue slowdown.
In addition, the growth of social media has affected revenues of the TV operators.
The original digital TV licences have a 15-year validity with annual fees already having been paid in 2014, 2015 and 2016.
According to the new aid package, licensees will have more financial liquidity to stay afloat since the government does not want to see more TV operators go out of business.
So far the government has received about Bt33 billion out of the total Bt50 billion in licence fees that resulted from fierce competition and high bid prices in 2013.
Originally, the NBTC expected to get only Bt15 billion in licence fees from bidders.
Sansern said the NCPO had not decided on the aid package for the telecom industry as two bidders, AIS and True, had also sought financial help and new payment terms for the multibillion-baht licence fees for spectrum.
Both firms owe about Bt60 billion in combined spectrum fees to the NBTC following high bidding in the fiercely contested auction. The firms have since cited financial liquidity problems and sought a debt moratorium.
The NLA’s decision to reject the list of new NBTC candidates has attracted controversy after a leaked audio clip hinted that Prime Minister Prayut was unhappy with the list.