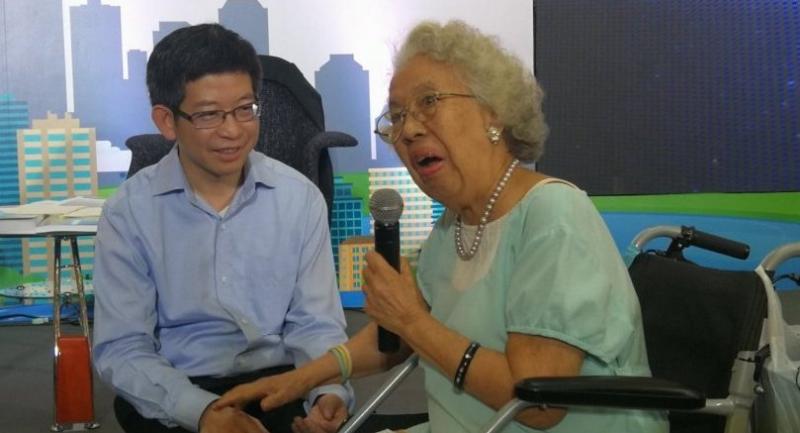 The legally binding national strategy, which plots the path ahead for the country for the next 20 years, was formally launched yesterday.

Decorated story boards and simple infographics display the national strategies, at an exhibition held on ground floor of CentralWorld.
Despite being located in a widely visited area, PM’s Office Minister Kobsak Pootrakool played down expectations, saying he would not expect the event to develop solid public awareness.
“We just wish to make the public aware of the national strategy and reforms,” said Kobsak, who presided over the opening of the exhibition yesterday.
“This is only a part of a series of projects we are planning about the strategy,” he said.
The event, mostly attended by officers, intern students and press members, also attracted the attention of a 95-year-old woman, who asked to hold Kobsak’s hands.
“We don’t have King Naresuan in this era but we have Khun Kobsak and this government to help rescue the country,” she said in a trembling voice.
The government of Prime Minister General Prayut Chan-o-cha has hyped its pursuit of national reform and strategy, citing the country’s past “failures”, of different governments manipulating development plans to pursue their own agendas for political purposes.
Numerous people have worked on setting the agenda since the junta seized power in 2014. From the parliament’s National Reform Council and National Reform Steering Assembly to many Prayut-headed committees, they have proposed and drafted a number of related papers on the agenda.
The 35-member committee that drafted the national strategy mostly comprised generals, military personnel, chairmen of major Thai companies and people with a record of working for the junta.
The junta government has been slammed for making few distinctive changes in the so-called reforms and strategy, despite all their claims over the past four years.
Many observers have been critical of the long-term strategy, which obligates future governments to follow the plan or risk being punished or sacked.
Kobsak brushed aside criticism, saying the strategy will only lay the necessary framework and, while it has to be adhered to, it could be adaptable depending on future factors.
“[The country] has been sick of changing governments so often. Many good projects are either suspended or cancelled,” the minister said.
“That’s why we need this type of framework for our country to develop.”
The ultimate goal is for Thailand, which has been stuck in the rut as a developing country for over a decade, to achieve developed status in line with the sufficiency economy philosophy of the late King Rama IX.
The national strategy covers politics, national administration, laws, justice, economy, national resources and environment, public health, media and information technology, social, energy, anti-corruption, education and police.