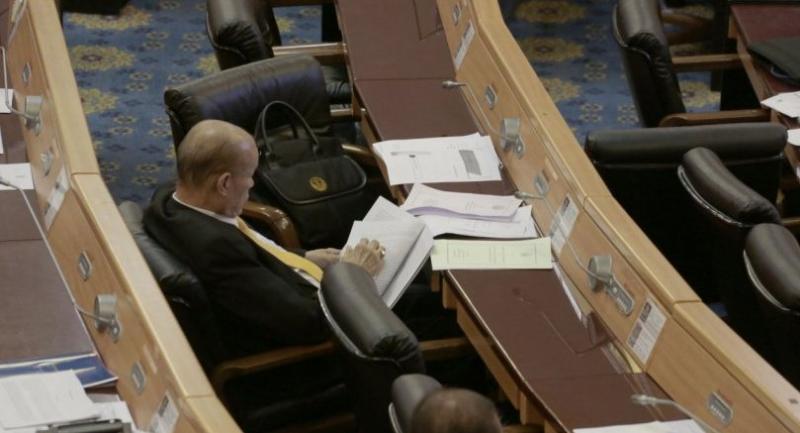 Committee set up to study National Strategy after vote is delayed

AFTER THE CABINET presented the highly controversial 20-year National Strategy to the National Legislative Assembly (NLA) yesterday, the assembly rescheduled the date to vote on the strategy and set up a committee to study it.

The NLA yesterday gave a 38-member committee 22 days to  the plan legislation and set a vote for July 6.

The national strategy has become a major target for criticism from experts, activists and politicians, alongside the Constitution and the national reform plans. Critics say that it would have power over an elected government in shaping public policies and directing the country over the next two decades.

Opponents have argued that the strategy has been written under a coup-installed regime with little public participation and thus violates the democratic principle.
Despite the national strategy being prescribed by the referendum-endorsed Constitution, opposition has been strong. On Thursday, the day originally set for deliberation, a group of pro-democracy activists protested at the Parliament, calling on the NLA to drop the plan. Later in the afternoon, prominent politicians – Pheu Thai Party’s Chaturon Chaisang, Future Forward leader Thanathorn Juangroongruangkit, and Democrat leader Abhisit Vejjajiva – also said in a symposium they would attempt to revise or nullify the junta-sponsored national strategy after the election.

Under law, the chamber has 30 days to decide on the plan after receiving it from the Cabinet. Unlike normal legislation that requires three readings during which the NLA could make changes, the Assembly cannot alter the strategy and can only either approve or drop it.
Deputy Prime Minister Wissanu Krea-ngam and Minister Attached to the PM’s Office Kobsak Pootrakul yesterday led the defence of the national strategy.
Wissanu stressed the importance of having a long-term plan as a stage of development. And after 20 years, the country would be ready to choose any course, as a foundation would by then be solidly laid.