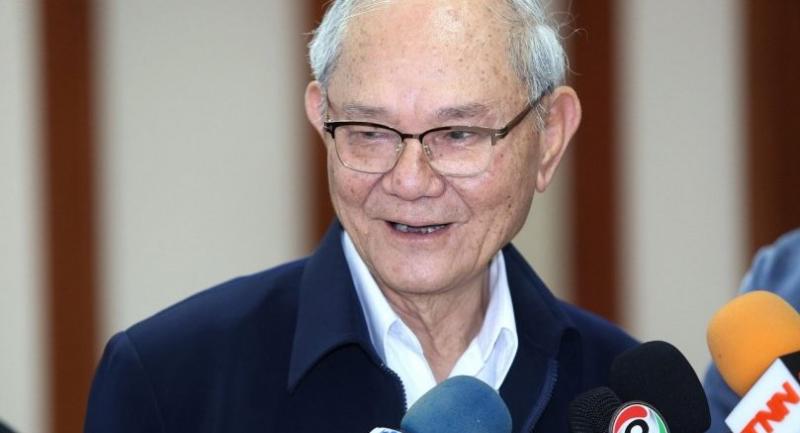 THE CHIEF Constitution drafter yesterday dismissed claims that the charter was written with a goal of paving the way for a government of “national unity” after the next general election.

Meechai Ruchupan, chairman of the Constitution Drafting Commission (CDC), said the new Constitution, in effect since April last year, was based on suggestions from public members.
Critics have said no single political party is likely to win a majority in the House of Representatives in the next election, making a coalition government possible. Critics said the lack of a clear winner could also lead to certain parties colluding to select Prayut Chan-o-cha as the prime minister after the poll.
In response, Meechai yesterday said the claims were based on speculation. He said nobody could predict how voters would decide the next election.
“You can’t plot such a plan that is speculated,” Meechai said.
“Nobody can read the minds of voters. Time changes, so do the factors that make voters choose their MPs,” he added.
Meanwhile, Deputy Prime Minister General Prawit Wongsuwan commented on the call for a government of national unity made by Anek Laothamatas, a key figure in the Action Coalition for Thailand Party. Prawit said all the political parties would have to cooperate to make such an administration possible. But he was unsure if that would be possible. “I don’t know how it will happen,” he said.
In response to Anek’s proposal for an amnesty to solve the political conflict, Prawit said that should be a matter for the new government after the next election.
“It can be done. But it’s a matter for an elected government,” he said. However, Prawit added that he was unsure if an amnesty would actually lead to a reconciliation or end the conflict.
Meechai also suggested that the Election Commission issue a calendar with exact dates and timeframes to prepare for the next election.
The CDC chief was speaking at Chulalongkorn University’s Faculty of Law, where he gave a speech about the new Constitution.
In his speech, held to mark the 45th anniversary of the faculty’s establishment, Meechai called on people who want to amend the Constitution to do so for the benefit of the public. He said the charter was written with that principle in mind.
The constitution drafters “are aware of the significance of the administration and of all state organs performing their duties in line with the laws and the Constitution. [The administration and organs] shall not act as they like, but they shall act for the benefit and happiness of the people as a whole,” he said.