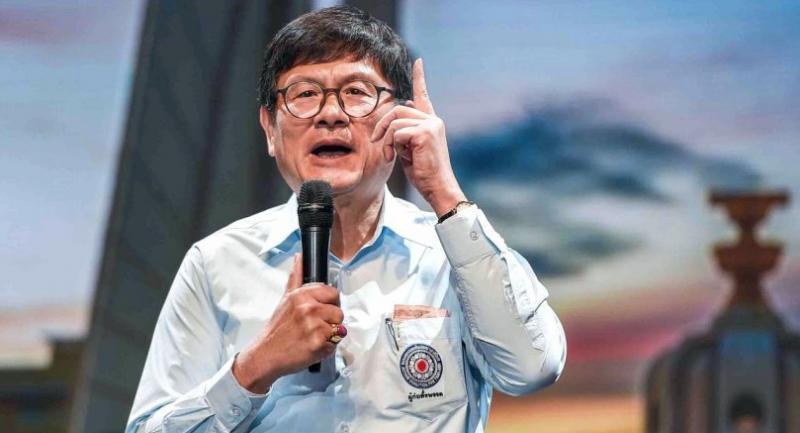 DEVELOPING a truly democratic Thailand requires that the country’s elites get behind the idea, a symposium heard yesterday. But public pressure can make a difference in motivating the powerful to move in that direction.
As author of “Comparative Transition to Democracy”, political scientist Siriphan Noksuan Sawasdee literally wrote the book on the democratisation experiences of other countries. She told the seminar that the role of the political elites is one of the most important factors in moving a country from authoritarianism to democracy.
Without their willpower, she said, it was unlikely the process would be successful.
Fellow political scientist Surachat Bamrungsuk agreed that changes were mostly the result of decisions made by the country’s leaders.
“It’s all about whether or not the elite will change. For Thailand, it depends on whether the military leader will change,” he said. “Unless they agree, the door to the transition to democracy can never be opened.”
But public opinion has the potential to play a major role in encouraging elites to change, said Surachat.
“Without the pressure [from public opinion], they will never change,” he said.
The symposium reflected Thailand’s current situation after four years of military-led rule installed by a coup and a vague promise of an election. “Transition to democracy” is also the buzz term used by the junta as they promised to put the country in order and return it to democracy.
Most pro-democracy activists have called on the junta to hold an election as soon as possible and support scrapping the junta’s legacy, including the Constitution. But Siriphan has a different view about the transition.

Gradual change
She said it was important for different people to find common ground. Sudden changes or scrapping the Constitution may not yield a good result, she said, but it could also make those on the right wing of politics feel they were losing power and this would make it impossible to have a consensus. Siriphan proposed that changes to the Constitution be done gradually. How long it takes before an election does not matter as much as what has been done during the interval, she said.
But the clock is ticking, she said. It has been over four years since Thailand has seen an election, while other countries facing the same political situation took an average of two years to return the power to the voters.
High-profile political scientist Anek Laothamatas, who has served on several reform committees under the junta, said he saw Thailand as an exception when it came to democracy. The country tends toward a hybrid approach to regimes featuring a constant alteration between civilian and military rule, said Anek, who is a leader of the pro-junta Action Coalition for Thailand Party that he co-founded with pro-junta politician Suthep Thaugsuban.
This see-sawing happens because Thai voters are not really loyal to any particular rule, he said, but instead pay more attention to the performance of the government.
Occasionally, voters would miss the military when the government performed poorly. And it went the other way around, too, he said.
Democracy was a grey zone because it was too rigid to follow the book written by westerners, Anek said.
“It doesn’t fit us,” he said. “And I think it’s too ideological. And when we hold on too much to the ideology, it becomes a trap.”
Anek said that there was nothing wrong about reality not fitting the book. The book actually had to be written according to the reality, he said.
“So, I want us to be pragmatic in politics,” he said.