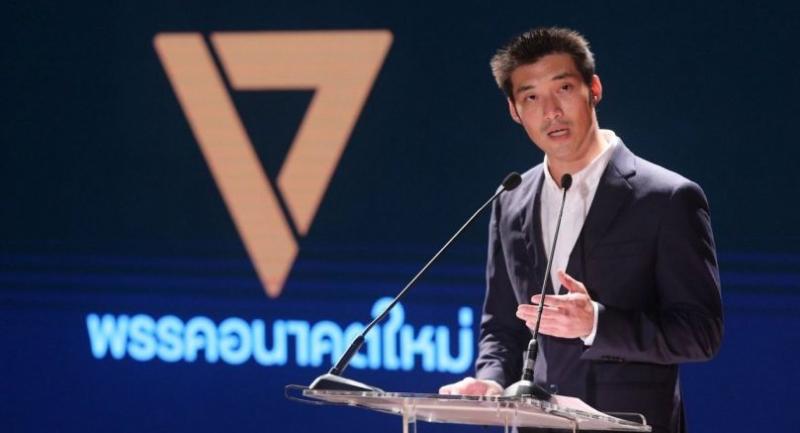 Thanathorn pitches self as PM candidate in Future Forward mission

FUTURE FORWARD Party (FWP) leader Thanathorn Juangroongruangkit on Monday announced he was ready to become the prime minister and highlighted the campaign “Thailand 2X” that promoted equality among Thais and make the country fit to compete with others.

The party launched its grand opening and vision announcement after the Election Commission (EC) approved its registration application last Friday. Future Forward now has legal status as a political party. Seen by some people as an hoc party, FWP stressed that it would field candidates in all 350 constituencies and that it was here to stay for the long term.
Regarding the party’s pro-democracy stance, Thanathorn said that FWP was ready to negotiate with anyone as long as they could agree to their democratic terms.
The non-negotiable issues were opposing any attempts by the current regime to retain power, amending the Constitution and reversing the coup’s legacy. “Politics is all about negotiations. As long as they can accept this bottom line, we can talk,” Thanathorn said.
Although the National Council for Peace and Order (NCPO) has delayed the election several times, the FWP leader said that he believed the election would take place early next year following the junta’s latest promise.
Amid excitement about voting building in the country over the past couple of months, the regime would not be able to explain another postponement of the election to the people, he said.
The party also welcomed the pro-junta Palang Pracharath Party, which launched its opening on Saturday, with members connected to the ruling regime including current incumbent ministers. The opening partly confirms speculation that General Prayut Chan-o-cha would be backed as a prime ministerial candidate in the next election.
Thanathorn said that if Prayut were interested in politics, he should be clear about it so voters could make a decision. The former automobile executive said he was ready to join a prime ministerial debate with all candidates, including Prayut who last week challenged him indirectly to a debate over the country’s future. But Thanathorn added that he would not talk to Prayut while he was head of the junta.

Party's Secretary General Piyabutr Saengkanokkul, 3rd from left, is at a press conference with Thanathorn on Monday.

FWP secretary-general Piyabutr Saengkanokkul said he welcomed the forming of any party to offer a choice to voters.
However, like other politicians and critics, Piyabutr said every party should be treated equally. As it took FWP nearly a hundred days before the EC approved it status, Piyabutr said he was waiting to see how long it would take for Palang Pracharath to complete the same process.
Considering the competitive advantages that Palang Pracharath may have because of its connection with the ruling regime, Piyabutr said the government should not push any policies now that are bound to a future budget.
The event yesterday highlighted the party core leaders such as its spokesman Pannika Wanich, deputy leaders Ronnawit Lorlertsoonthorn, Klaikong Vaidhyakarn, along with Thanathorn and Piyabutr.
With billionaire Thanathorn as its leader, FWP has come under criticism as being another rich man’s party comparable with Thaksin Shinawatra’s Thai Rak Thai or Pheu Thai.
Thanathorn, however, gave up his role in Thai Summit Group when he got involved in politics.