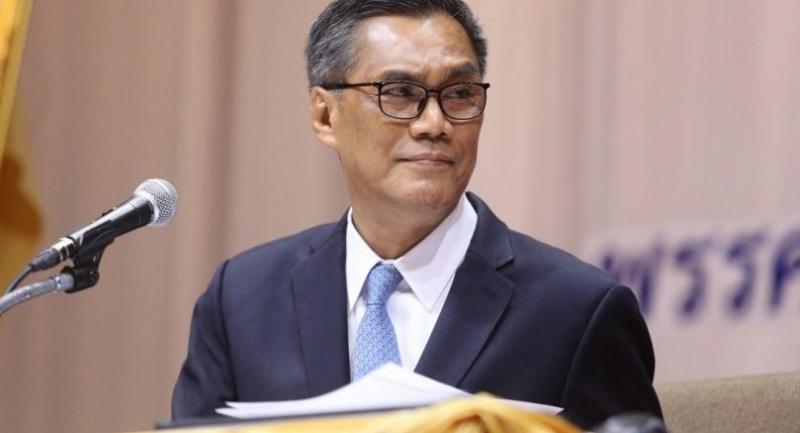 THE CHIEF election commissioner said yesterday that he saw no reason for the election to be delayed, though a decision on the matter will be made after the junta’s organs meet with political parties.

Ittiporn Boonpracong, president of the Election Commission (EC), also said that even if that meeting agrees on postponing the election, his agency will not take responsibility for it because it was not required to do so by any law.
“But there must be good reason and sufficient explanation for the postponement,” he added.
Ittiporn said the meeting will be scheduled after the new law on MP elections goes into effect on December 11.
The meeting is required under an order issued by the ruling National Council for Peace and Order (NCPO) last year, which has empowered itself to “work with” the EC in setting the election date.
Government figures have been repeatedly saying that the next election will be held on February 24, though politicians and critics suspect moves are being made to put the national vote off.
The EC president was responding to calls from some small political parties and groups to postpone elections, while major parties insisted yesterday that they were ready to contest for votes.
The EC held a meeting with representatives from political parties and groups applying to become political parties at the Centra Government Complex Hotel and Convention Centre on Chaeng Wattana Road.
The event, presided over by Ittiporn, was attended by 306 representatives from 72 political parties and 14 groups applying to become political parties.
At the event, election authorities explained the laws and regulations in relation to preparations for the national vote.
On the sidelines of yesterday’s meeting, Suratin Pijan, leader of the New Democracy Party, yesterday submitted a petition for the election to be held on February 24 as tentatively scheduled.
He said all 19 small parties in his group wanted the elections to be held on that day, as promised by Prime Minister Prayut Chan-o-cha.
However, another group of small parties, led by Sathu Anumothami from the Palang Thai Dee Party, handed in a written request before the meeting asking the EC to push the election to May 5, the last date allowed by law.
Sathu, claiming to represent 13 parties and groups, explained that if the election was not delayed, many “good political parties” will be prevented from offering themselves as choices to voters.
He also maintained that his group was acting independently. Once the law on MP elections goes into effect on December 11, an election must be held within 150 days.
At yesterday’s event, Democrat Party registrar Pongsri Tharaphum said the election should not be postponed, as the date has been repeatedly backed by the government, the NCPO and the EC.
A similar stance was expressed by Thai Raksa Chart Party member Pichit Chuenban, who agreed that there was no reason to delay the election and putting it off so all parties can be prepared was unreasonable.
Meanwhile, National Legislative Assembly (NLA) endorsed the last two election commissioners yesterday, resulting in all seven EC posts being filled.
The new commissioners are former Agriculture and Cooperatives Ministry’s permanent secretary Lertviroj Kowattana and Lawyers Council adviser Thitichet Nuchanart.
Both of them, who earlier were nominated by a selection committee, received support from the NLA’s majority, or at least 120 votes.
Lertviroj got 148 votes for and 28 against, while Thitichet obtained 149 votes for and 27 votes against. The NLA has 240 members.