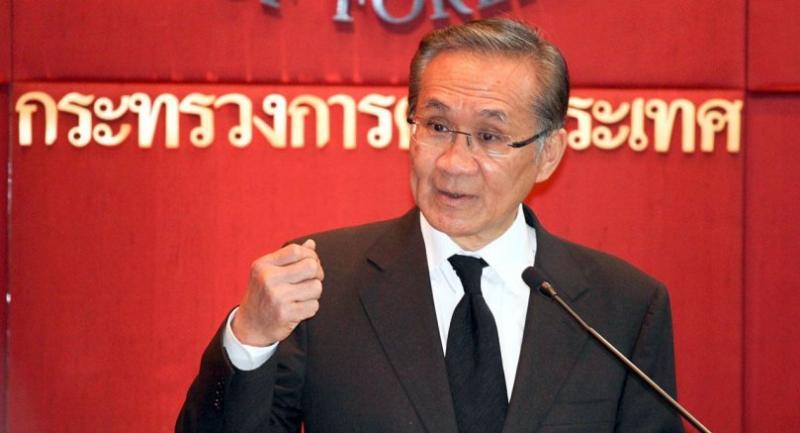 Thailand has plenty of experience in holding elections; EC stays mum on issue.

FOREIGN MINISTER Don Pramudwinai yesterday clarified his controversial statement over allowing international observers at the upcoming election, saying that Thailand was not a new country that did not know how to hold an election and needed foreigners to monitor the process.
The clarification yesterday came after his previous statement drew flak from critics and politicians.
Don also told the press yesterday that having foreigners monitor the election only showed that Thailand had internal problems.
“I don’t mean we should reject international observers,” he said. “But we are experienced enough and the process is already transparent.”
Don said having foreign diplomats monitor the events should be enough.
Foreign Ministry spokesperson Busadee Santipitaks also put an emphasis on the issue, repeating that Thailand had the capacity to hold an election without international assistance.
“The foreign minister has always said that there’s no need to invite observers from abroad to monitor our internal affairs. The election, for instance, we Thais can take care of that on our own,” she said.
Only countries that are new to holding elections need international observers to monitor the process, she said, pointing out that Thailand has held 27 elections since the Siamese revolution in 1932 and has an independent agency – the Election Commission – responsible for election oversight.
This election, she said, was more important than usual and was a great opportunity to get every Thai to participate throughout the process.
“An election for and by the Thais is better than involving foreign observers who may not understand Thai politics,” the spokesperson |said.
Prime Minister Prayut Chan-o-cha, meanwhile, said it was up to the EC to decide if international observers should be allowed to monitor the poll scheduled for February, though the commission has remained mum on the matter.
In a related development, another controversy surrounding the upcoming election was resolved yesterday after the EC decided the ballot paper would include party symbols and party names.
This reversed an earlier EC concern over the difficulties in organising the printing of so many different ballots.
It had initially been suggested that the ballot paper only include candidate numbers so the 350 consistencies could use the same sheet.
However, the decision drew serious flak, with politicians and critics saying it would create confusion if the ballot failed to show the party symbol or name under which each candidate is running.
A poll last week found overwhelming public support for a ballot with party names and symbols.