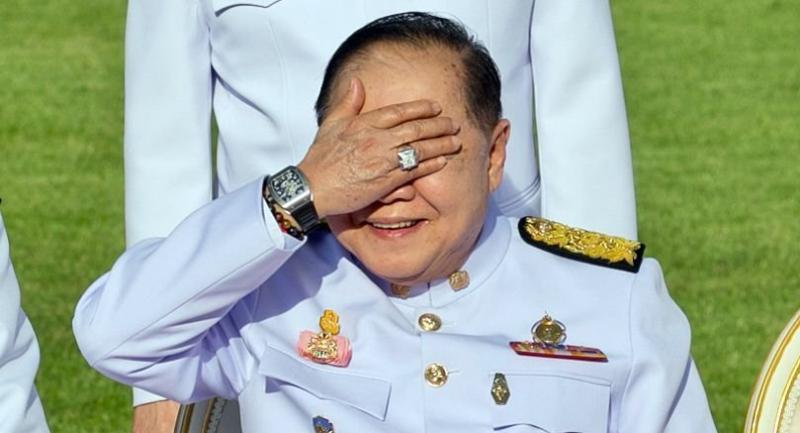 The national anti-graft commission on Thursday ruled in favour of Deputy Prime Minister General Prawit Wongsuwan, saying he was not guilty of falsely reporting or concealing his assets.

National Anti-Corruption Commission (NACC)'s secretary general Worawit Sukboon said the collection of luxury watches did indeed belong to a billionaire friend.
Prawit inherited the diamond ring from his parents after he had already declared the asset. Hence he was not guilty of concealing his assets.
This ruling has finally brought to an end one of the most talked about scandals this year.
The controversy erupted late last year when Prawit showed up at a Cabinet meeting sporting a Richard Mille designer wristwatch said to be worth nearly Bt3 million.
Observers immediately began questioning how Prawit could afford such an expensive watch with his income as a retired general.
It was later discovered that he had not declared the item to the NACC when he became a Cabinet member.
Intrigued by this, netizens dug up old photographs that indicated the general possessed numerous expensive watches. At a rough count, he had at least 22 luxury wristwatches, with their combined worth estimated at more than Bt20 million.
Prawit was also pictured wearing a diamond ring, which again was believed to not have been included in his asset declaration.
The general said the ring belonged to his parents, while the watches were lent to him by a longtime collector friend. Prawit has said this friend is no longer alive.
Public scrutiny intensified because Prawit is part of the coup-installed regime that had pledged to combat corruption.