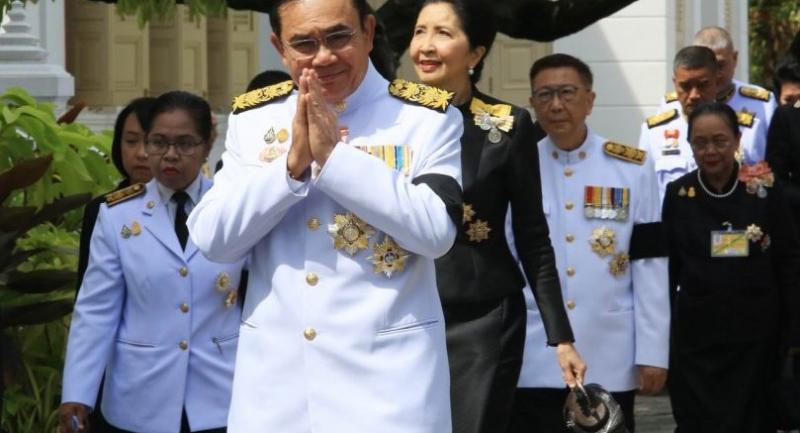 Amid delay in formation of new government, nearly 76 per cent ‘more tired’ of Thai politics

MOST PEOPLE have become fed up with politicians bargaining for Cabinet seats amid ongoing efforts to form a coalition government, a recent survey found.
No political camp has been able to patch together a coalition in the more than two months since the March 24 general election.
More than 76 per cent of respondents to the Suan Dusit Poll said they had become “more tired” of Thai-style politics due to the bargaining for power.
The survey results were released yesterday.
This compared with 19.4 per cent who said they were “as tired as before” and 4.3 per cent who said they were “less tired than before”.
Most of those surveyed – 67.4 per cent – blamed the relentless negotiations to form the next government chiefly on politicians in general being unable to agree about how to split up ministry portfolios.
Another 28.3 per cent cited that as the reason party leaders hadn’t reached a resolution, while 19 per cent viewed the chaos as political gamesmanship.
Suan Dusit University quizzed 1,137 people in all regions of the country between May 28 and Saturday.
Asked what they wanted the parties to do regarding the formation of a new government, most respondents said the larger Phalang Pracharat and Pheu Thai parties should keep the interests of the country and the public foremost in mind.
A majority also suggested that the medium-sized Future Forward, Democrat and Bhumjaithai parties keep their election promises and not lie to the people.
Another opinion survey conducted by the National Institute of Development Administration (Nida) asked about the reasons for the Democrat Party’s losses in many constituencies in the election.
Almost 33 per cent of respondents said voters had tired of the party and its political moves. More than 17 per cent said Democrat politicians were eloquent but poor at implementing policy.
Others said they disliked Democrat candidates and the party’s then-leader, Abhisit Vejjajiva. Almost 12 per cent noted that Abhisit, while campaigning, announced he would not support General Prayut Chan-o-cha to continue as prime minister.
In response to the survey results, Democrat deputy leader Alongkorn Ponlaboot said yesterday public opinion both positive or negative could serve as a good mirror for the party.
He said the party’s strategy committee meeting today would set out a new vision and strategies for the country’s oldest political party. “The results of opinion surveys will be taken into consideration,” said Alongkorn, who also chairs the strategy committee.
Also yesterday, Phalang Pracharat – an aspiring coalition leader – said it was “going full steam ahead” to form the next government as soon as possible.
Sontirat Sontijirawong, its secretary general, said Phalang Pracharat had approached all possible coalition allies and was waiting for their decisions.
“We hope to get the answers soon. We thank all the political parties that have announced their decision to join a Phalang Pracharat coalition,” he said.
“We hope the negotiations will be concluded and the coalition government will be formed soon.”
Sontirat said a Phalang Pracharat-led coalition would incorporate the policy platforms of all of its member parties.
Even as other parties have made it clear they would join Phalang Pracharat, the Democrats have not yet announced a decision.
In a related development, Thanathorn Juangroongruangkit, leader of the Future Forward Party, yesterday said his party believed that politics should be a matter for everyone, not just influential people, political families and powerful financiers.
He was speaking at Future Arena Stadium in Pathum Thani following a friendly futsal game between Future Forward politicians and a local team.
Thanathorn has been suspended by the charter court from performing his duties as an MP after being accused by the Election Commission of contesting the polls despite while unqualified. The poll watchdog found that the tycoon had registered to contest the election while still holding shares in a media company, which is against the law.
A group led by anti-military activist Sirawich Serithiwat, yesterday held a demonstration at the Bangkok Art and Culture Centre calling on junta-appointed senators not to vote for General Prayut to become prime minister again.
The group, called Start-up People, planned to submit letters from more than 5,000 people to the 250 senators ahead of a parliamentary meeting on Wednesday at the TOT Auditorium. The letters call on senators to abstain during the vote for prime minister.
Most of the senators are expected to vote in favour of General Prayut, who is the PM candidate of the Phalang Pracharat Party.