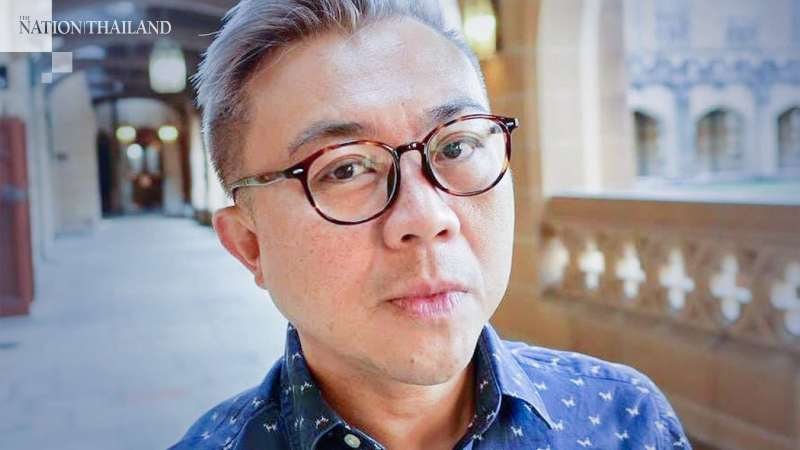 Exiled academic Pavin Chachavalpongpun on Friday revealed that he was stalked by a man to his apartment in Japan, saying it was not the first time he had the experie

In a Facebook post, Pavin said that Japanese police on December 2 had arrested a Japanese man, aged around 30, who was loitering in front of his apartment in Kyoto.

The academic said that his neighbours had spotted the man's suspicious behaviour and called the police. After being interrogated, the man confessed that he had been “chasing/monitoring” him since November 30 on the orders of someone.

This was not the first threat he had faced, he added. Last year, someone had broken into his apartment and attacked him with a chemical spray.

“This time, an unusual thing happened. Someone turned up at my university office, pretending to be a deliveryman. When he was told that I was not in the office, he left immediately. The university alerted the police. We were able to obtain footage of him from CCTV and begin the investigation,” Pavin said.

“Around the same time, I started to receive anonymous phone calls for the entire week,” he added. “This was just like last time before I was attacked. A Japanese man pretended to call me from the post office, asking for my address. I told the police. Eventually we contacted the post office and we were told that the post office would normally never call customers and would never call a number withheld. So, these calls were fake.”

Initial suspicion on December 2 was that the arrested man could have been linked to a network in Europe, especially in the Czech Republic.

“It is not coincidental that Aum Neko [a pro-democracy activist] was attacked last year and the police were able to arrest two men who were from the Czech Republic,” he said. “So, there is surely a connection. I am in the process of connecting the Japanese and French police for further investigation.”

He added that his friend had introduced him on Friday morning to a Twitter user, which could have been created under the Thai government’s information operation. Pavin said that this Twitter user “pretended to be a student of Kyoto University and happened to ride a bicycle and see me accidentally, but was not sure if it was me”.

The exiled academic said that the user wanted to know his address, and took his photos when he was on a bicycle and at a parking lot.

“The covert photos have some connection with the suspect who was arrested on December 2. I remember well what I had worn on December 2. It was the same day when this man was arrested. So it is likely that this man hung around my place, taking my photos, sending them to Bangkok and in the evening was arrested”.