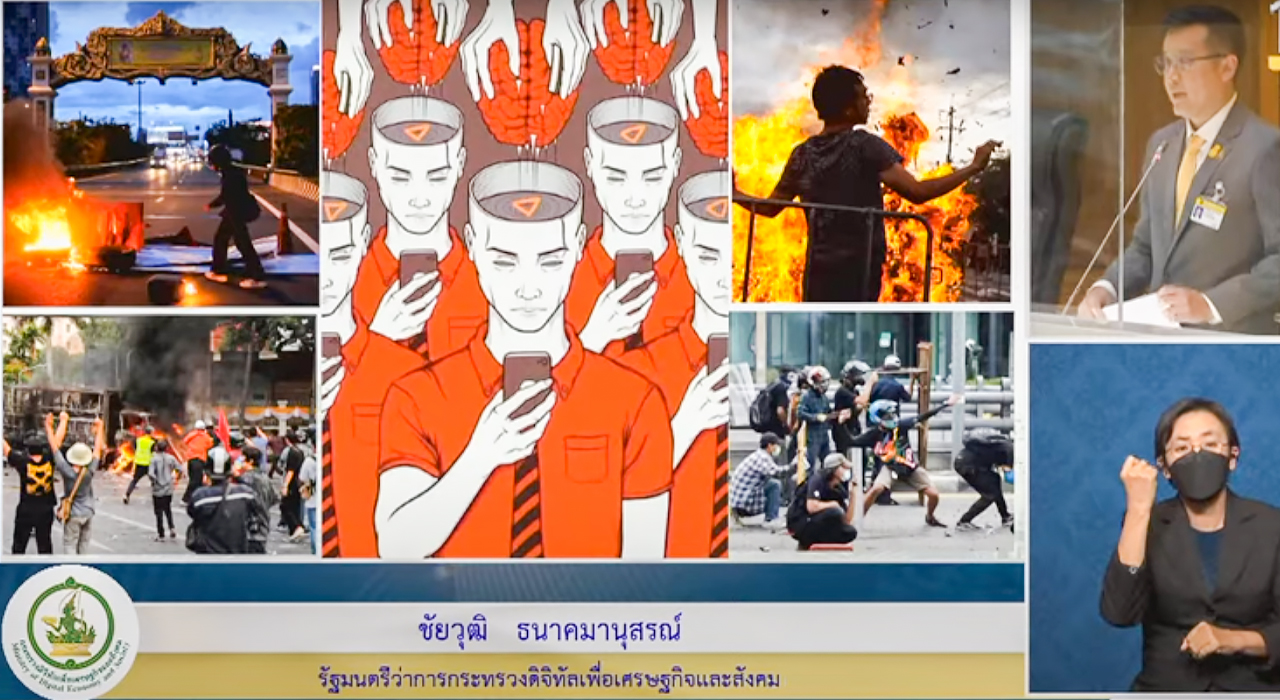 Digital Economy and Society Minister Chaiwut Thanakamanusorn has been accused of plagiarising a foreign artist’s work during the no-confidence debate in Parliament on Friday.

Chaiwut adapted a poster made by Australian artist Joey Klarenbeek, using it to illustrate his mission to protect the three pillars of nation, religion and King. The poster shows ranks of identical youths absorbed in their phone screens as hands reach down to steal their brains.

The minister claimed that the three pillars were being damaged by fake news on social media. He added that youths were being brainwashed and used as political tools to change the country.

On Friday, the Facebook page “Kidyang” accused Chaiwut of failing to credit the artist of the picture he had used. On Saturday, the page added that the artist had not given permission for Chaiwut to use his artwork, which had been plagiarised in this way before.

The Nation Thailand contacted the artist via his Facebook page, “Joey Klarenbeek Illustration”.

Klarenbeek said: “I was never approached to license my artwork and never received payment or artist credit.”

He added that “Unfortunately, this [abuse of copyright] has been occurring repeatedly since I made the artwork for a charity design competition years ago.”

Copyright protects the work of artists and stops others from using it without permission. These days, copyright can be easily checked via an internet search engine.

So far, the Digital Economy and Society Ministry has declined to comment on Chaiwut’s use of the artwork, though it is expected to issue a statement soon.