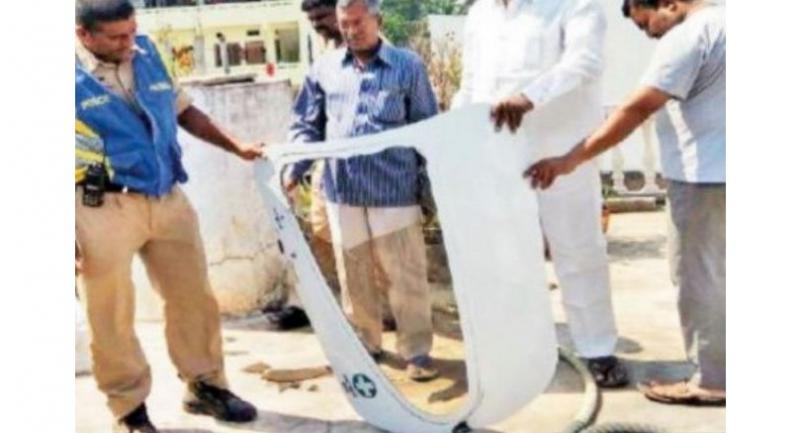 Hyderabad - A man had a lucky escape on Monday (Oct 30) after a plane door fell off a low-flying aircraft and fell on the house he was working on.

He was painting the roof of the two-storey building in the village of Lalapet and had gone downstairs for his lunch break just minutes before the door crashed onto the house's empty terrace.

Nobody was hurt, according to a report in the Times of India (TOI).

The plane, owned by the Telangana State Aviation Academy, reportedly had two pilots onboard and was flying at 2,500 feet (762m) when it wobbled in the air, causing one of the metal doors to fall off.

"It was like an explosion and we ran in panic," he said.

The white door, which weighed about 20kg, was discovered lying near an overhead water tank. Smashed glass was strewn all over the terrace floor.

Local police have since seized the door, with the Directorate General of Civil Aviation launching a probe into the incident.

Police inspector Karan Kumar Singh, speaking to the BBC, said it was common to see low-flying training planes in the area.