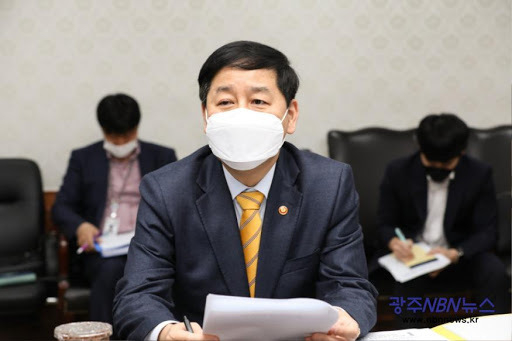 South Korea on Tuesday convened a high-level government meeting to discuss measures against Japan's decision to release contaminated water from its wrecked Fukushima nuclear power plant into the sea.

Tokyo announced earlier in the day that it plans to start releasing massive amounts of radioactive water, which has been stored in tanks at the wrecked Fukushima nuclear plant, in two years.

The interagency meeting was attended by vice minister-level officials representing the foreign and maritime ministries and the Nuclear Safety and Security Commission.

Koo plans to hold a press conference later in the day to share details of the meeting. (Yonhap)