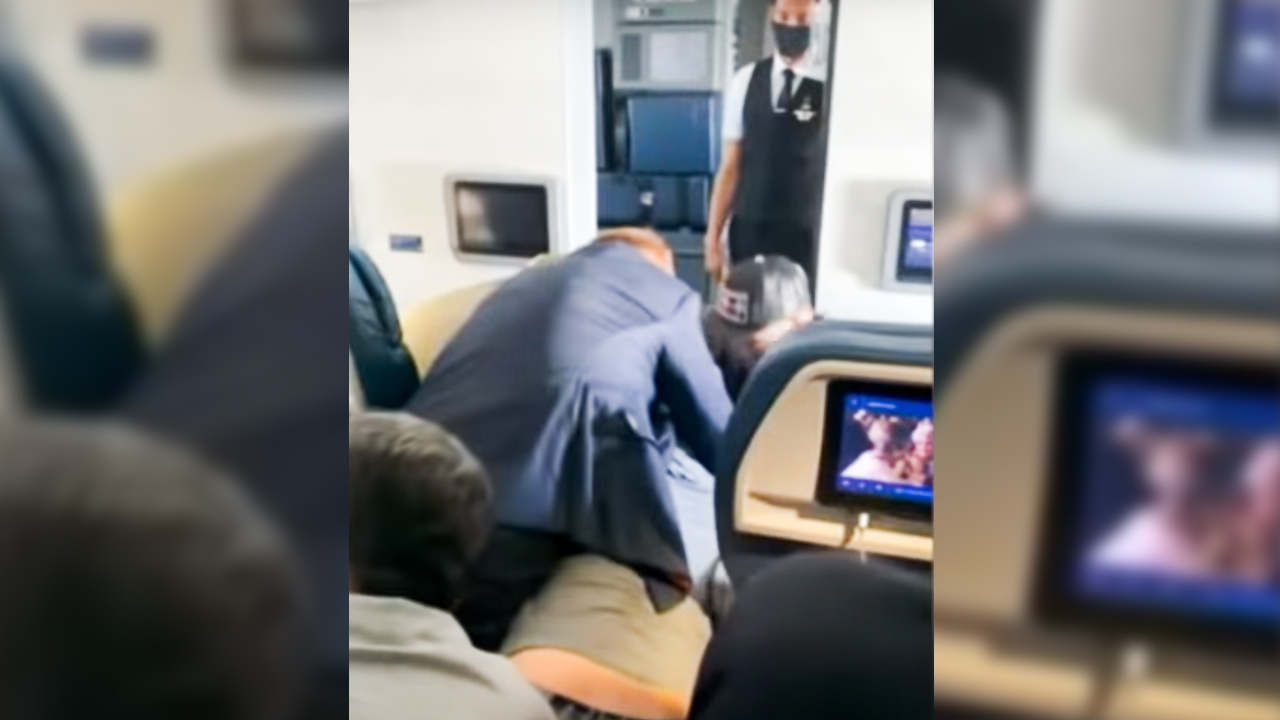 Man accused of trying to breach deck on Delta flight yelled, We need to land this plane, FBI says

The FBI said Tuesday that a man accused of trying to enter the flight deck of a Delta Air Lines plane last week rushed to the front of the aircraft, banged on the door to the flight deck and repeatedly yelled: "We need to land this plane!"

A flight attendant and passengers intervened to subdue the man Friday afternoon, and the flight from Los Angeles to Nashville, Tenn., was diverted to Albuquerque. The man, Asiel Christian Norton, 43, was taken into custody and charged in U.S. District Court for New Mexico with interfering with a member of a flight crew.

Norton appeared in court Tuesday for a brief hearing conducted remotely from a detention center. Norton said he understood the charge and was ordered held until another hearing later this week.

It is not clear from an FBI affidavit in support of the charge what prompted the alleged outburst. A flight attendant who led the efforts to subdue him told an FBI agent that Norton had not been served alcohol on the flight and did not appear to be drunk.

A lawyer for Norton was not listed in court records. A spokesman for the U.S. attorney's office in New Mexico did not know Norton's hometown.

According to the affidavit, Norton went to the front of the plane after the crew finished its first round of service. He then began banging on the flight deck door of the plane, a 737 with 162 passengers onboard. A flight attendant tried to intervene, but Norton pushed him away, according to court records. The flight attendant told the FBI he then grabbed Norton's wrist and tried to pin him to the ground.

A person sitting in the front row got up to help, attempting to use a belt to tie Norton's hands, authorities said. Crew members and passengers eventually were able to carry him to the back of the plane.

The flight attendant was "visibly shaken" during the interview with the FBI agent, according to the affidavit. No one was hurt in the incident, Delta said.