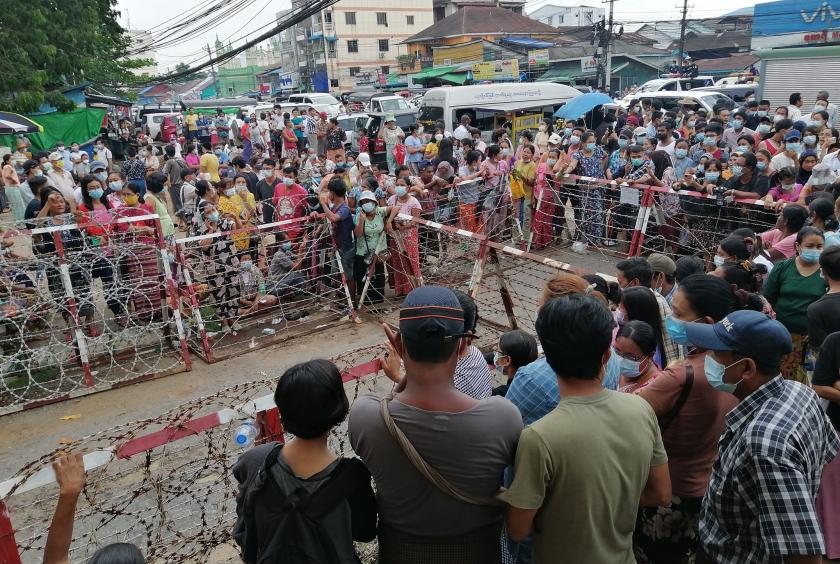 [Myanmar] Around 2,300 detainees, who participated in the protests after the military takeover, released

According to the information team of the State Administration Council, a total of 2296 civilians that were arrested for participating in protests in Nay Pyi Taw, States and Regions have been freed.

Yangon Region tops the list with  721 released from prison, followed by Mandalay with 711 and Ayeyawady with 296.

Those in Yangon were freed on June 30 from Insein Prison at around 6pm.

Most out of the 721 released from Insein Prison were young people.

"There were around 750 people. They were sent to respective townships on YBS buses. There were political prisoners and youths that were arrested during protests," said a youth that was freed.

There were also journalists amongst those freed.

Those freed will be delivered via buses to police stations in concerned townships.