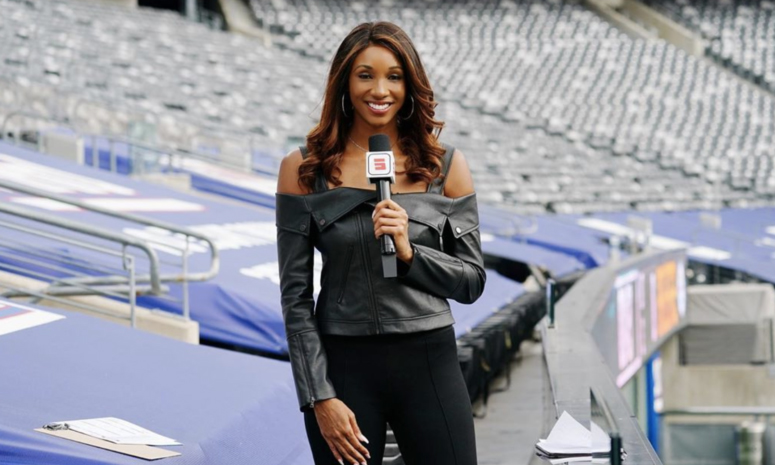 After leaving ESPN, Maria Taylor joins NBC in time for the Olympics

A little more than 48 hours after announcing her split with ESPN, Maria Taylor was back on TV with a new job. She appeared Friday night from Tokyo, on NBCs prime time Olympics coverage.

Taylor's new job at NBC, according to an announcement from NBC which came shortly after the appearance, will be first as a host and correspondent at the Olympics and then include work on Sunday Night Football and on Super Bowls. It comes after Taylor and ESPN announced Wednesday that they could not come to terms on a new contract.

Her move to NBC also comes three weeks after The New York Times published a leaked audio recording of Taylor's former ESPN colleague, Rachel Nichols, suggesting Taylor's career had advanced at ESPN because she is Black. The tape surfaced as Taylor's contract wound down and a year after Nichols made the comments in what she believed was a private phone call.

Taylor, 34, spent eight years at ESPN, becoming one of its most recognizable hosts and sideline reporters thanks to her roles on college football, the NFL Draft and NBA coverage. She hosted coverage of Game 6 of the NBA Finals in Milwaukee on Tuesday, her last assignment for ESPN.

"Literally, hosting the Olympics, Football Night in America, and the Super Bowl is what I dreamed of when I started in television," Taylor said in the release. "And this would not be possible without standing on the shoulders of all of those who came before me and made this path possible. And I plan to pay it forward."