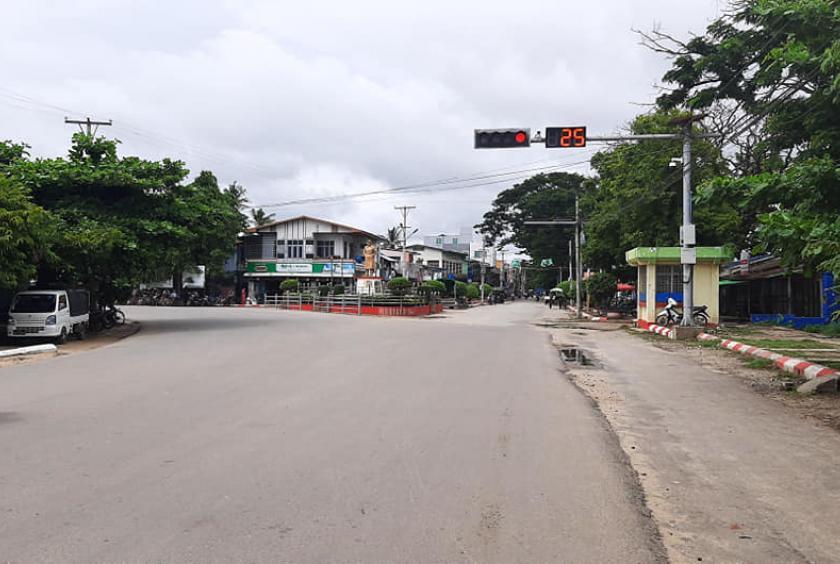 Nay Pyi Taw (NPT) - the capital of Myanmar and a Union area, consisting of Lewe, Pyinmana, Tatkone, Dakkinathiri, Ottarathiri, Zabuthiri, Pobbathiri and Zayyathiri Townships, directly placed under the Presidents control as Chapter 2 of the 2008 Constitution.

When Covid-19 first landed in Myanmar, strict security measures were placed in the Nay Pyi Taw region as it was the place of administration for the whole country. Entries and exits to and from NPT were all closely monitored, amongst other measures, thus those that were in Nay Pyi Taw were sheltered from the brunt of the damage. Workers, especially public servants, continue to travel from one township to another regularly within the region itself with no stay-at-home orders imposed in NPT townships.

For the third wave, however, there have been attempts at mitigating the effects of Covid-19 on Nay Pyi Taw region. Nay Pyi Taw's Covid-19 control and response committee issued a statement on June 18 which makes a 10 day quarantine period mandatory for those coming into Nay Pyi Taw - be it via land or air - from townships that have been put under the stay at home order.  Those undergoing quarantine will also be subject to an RDT Test Kit on the third day of quarantine and a RT-PCR test on the seventh day. Anti-Covid security measures have also been put in place at entry/exits into the NPT region such as temperature reading, checking for possible Covid-19 symptoms such as lower blood oxygen levels and so on.

Guests visiting on official business or  public servants returning from outside of NPT will not be subjected to the quarantine but will have to undergo testing, only to be allowed entry if results show negative. If positive, they will be admitted to the hospital for further treatment.

But starting from around middle of July, NPT started seeing Covid-19 positive patients. On July 1, the total amount of Covid-19 cases in NPT reached 1976 and had continued to climb. And thus on July 6, Zabbuthiri and Pyinmana came under the stay home order issued by the Ministry of Health and Sports (MOHS). Those outsied of the two townships were placed under travel restrictions.

Health and safety checks and gates were placed in both townships with Zabbuthiri seeing 10 locations and Pyimana seeing 9 locations. Zabbuthiri Township was homed to 2651 patients while Pyinmana was at 883 patients on July 22. Dekkinathiri Township was at 154, Ottarathiri was at 186, Pobbathiri was at 513, Zayyarthiri  was at 914, Lewe was at 726, Tatkone at 192 and finally, there were a total of 192 patients that came from outside of NPT.  The total death toll within NPT was at 105 officially.

Now, NPT's streets remain mostly empty except for those on urgent business. Despite the precautionary measures, NPT residents say that there are many that are unable to seek treatment or medical aid from hospitals and clinics as well as that the death toll is likely to be much higher than reported.

"There's no one here on the road. In villages, everyday is at least two to three deaths. There's no point going to the hospital. One died here today and yesterday it was two and three and so on. It is happening consecutively," said a resident from a stay-at-home township within NPT.

"I'm infected. My wife got it first. She almost got better and I became sick. I'm not going to go to the hospital and stay at home. I have no medicine and no money left. All I can do is gargle with salt water. I had the fever since yesterday and now I lost my smell this morning," said a person with Covid-19 symptoms in NPT.

Such cases are also common within NPT.

"People with severe conditions cannot go to the hospital. What I mean by cannot is because the beds are all full. There are those on oxygen at the hospital that are not on beds and there are at least 30 or 40 of them. The main problem is that there is insufficient space. So there isn't enough beds for patients that require oxygen at the hospitals," said a volunteer working in NPT.

To help those patients that need oxygen to stay alive, volunteer and charity groups as well as places like the Htan ta Pin Taw Ya Monastery is helping with whatever they can by delivering oxygen to them or refilling the spent cylinders.

"It's bad. We are cooperating with Ottarathiri Township's administrator. But the hospital has some weaknesses. There are about 2000 Covid-19 positive cases housed at both municipal guest houses at around 950 and 980 each side. There aren't enough doctors and cannot check on every room," recounted the volunteer of his experience.

He also says that there have been many that lost their lives while volunteers try and find oxygen and other needs.

"Too many have died. There are already six deaths in my village. In the morning, the 1000-bed hospital saw 11 deaths. This doesn't even include Pyinmana and so on. There are daily deaths at the municipality guest houses. The patient will die at night, people know about it only in the morning and carry away the body. That's the routine. The main problem is lack of oxygen and there are no doctors to help when they suffocate," said another volunteer trying to helping the situation in NPT.

There are five specialist hospital and 17 public hospitals that are monitoring and treating Covid-19 patients. Municipal guest housing 1 and 2 as well as Lewe's playground have been transformed to also house Covid-19 patients. NPT's Mani Yadanar Jade Hall is also being transformed to fit 1526 Covid-19 patients. Pyimana's Mingalar Byuhar Thar Thanar Beik Mandaw is also now a Covid-19 contact person center. The NPT council had also announced that facility quarantine centers have also been opened at places like the Jade City Hotel, Zabbuthiri Hotel, New Ayer Hotel, Shwe Pyitaw Hotel and so on.

The council had also announced on their Facebook page that Covid-19 suspected cases will be tested at the Lewe gymansium starting on July 20. The tests will be split into two parts with 50 people at 7am and then another 50 again at 2pm. Those that wish to undertake the tests were adviced to register via phone in advance.

The State Administration Council had also issued an order to make it a public holiday for most, apart from essential services such as healthcare services as well as the banking sector, from July 17 to July 25 (now extended to August 1) in order to act as a circuit breaker in attempting to control the spread of Covid-19.

Only time will tell how effective the NPT council's efforts are to protect the NPT region, a highly controlled area that had did not saw very little of Covid-19 during the first and second wave, in comparison against the current third wave. The lack of plenty oxygen supply, space and capacity limitations at hospitals, shortage of healthcare workers and dozens dying in their homes everyday will be challenges that the government must address not only for NPT but Myanmar as a whole.