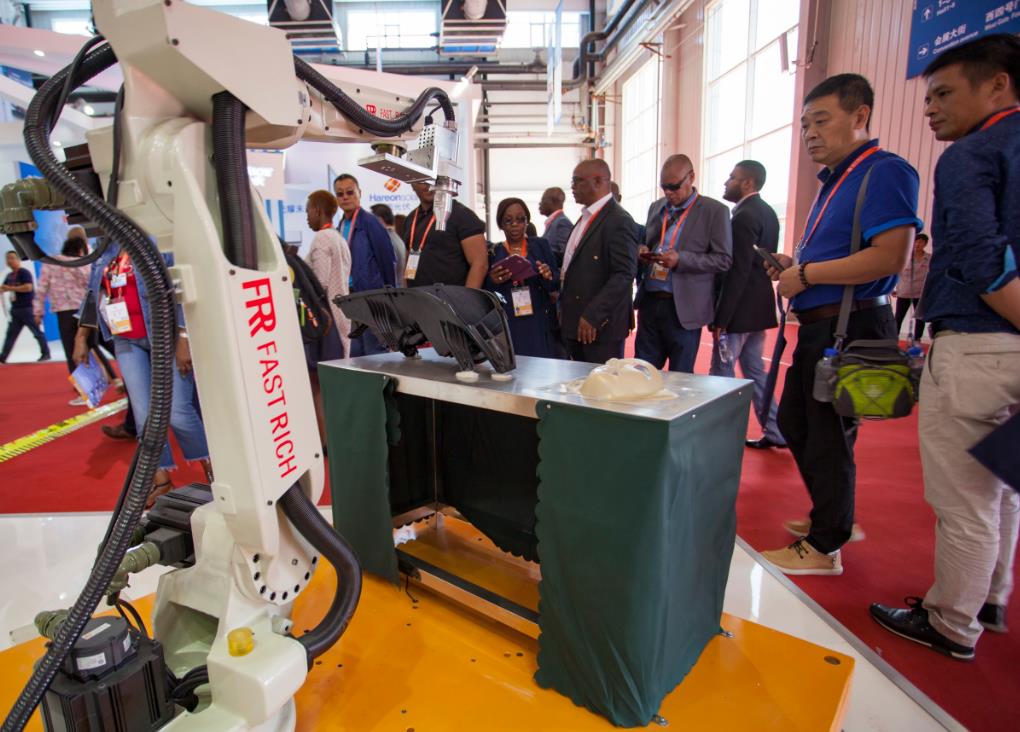 Chinas foreign trade with Russia and the Republic of Korea is expected to hit new highs this year, driven by enhanced economic integration in Northeast Asia and their complementary goods trade structure, senior government officials said on Friday.

Many opportunities also come from the deepened integration of the Belt and Road Initiative, which was initiated by China, with the economic development blueprints of other countries in Northeast Asia, said Ren Hongbin, assistant minister of commerce.

In the first half of this year, China's trade growth with five countries in Northeast Asia surged by 26 percent year-on-year to $417.9 billion, while its export and import volumes with Russia and the ROK soared 28.2 percent and 28.5 percent on a yearly basis to $63.08 billion and $168.88 billion, respectively, data released by the General Administration of Customs showed.

Northeast Asia consists of China, Russia, Mongolia, the Democratic People's Republic of Korea, the Republic of Korea and Japan. It has a market with a population of more than 1.7 billion and over 20 percent of the world's GDP. The region boasts favorable transport conditions, and covers a vast area with rich human, mining and marine resources.

Addressing a news conference in Beijing, the official said that with the signing of the Regional Comprehensive Economic Partnership agreement, its future implementation will further push the level of liberalization and facilitation of intraregional trade and investment between economies in Northeast Asia.

The total trade volume between China and other Northeast Asian economies amounted to $717.7 billion in 2020, accounting for nearly one-sixth of China's total foreign trade. China is the largest trading partner of these economies, data from the Ministry of Commerce showed.

As of the end of June, the cumulative two-way investment between China and Northeast Asian countries exceeded $250 billion. China and countries in the region have achieved fruitful results in investment cooperation in the fields of infrastructure, manufacturing, energy and agriculture, with continuous improvement of service level and structure optimization.

Eager to further enrich business ties in the next stage, China will hold the 13th China-Northeast Asia Expo in Changchun, the capital of Northeast China's Jilin province, from Aug 27 to 31. The event will serve as a platform for countries in Northeast Asia to build consensus and diversify cooperation, said Li Wei, Jilin's vice-governor.

The expo will "have important implications for the countries in the region to introduce their own policies and practices, exchange information and inform the direction of future cooperation, especially moves in a post-pandemic world," said Zhang Shenfeng, vice-chairman of the China Council for the Promotion of International Trade.

In addition to enhancing the cooperation among China, Japan and the ROK, Liaoning province in Northeast China will open a new northeast land and sea channel to Mongolia and Russia, said Li Jirui, deputy director-general of the province's transportation department.

"The future implementation of the RCEP agreement will offer economies in Northeast Asia more weight in the regional economic landscape and facilitate a higher standard of trade and investment to fuel common growth," he said.

After the signing of the RCEP deal last year, the Dalian area of China (Liaoning) Pilot Free Trade Zone initiated the transport channel in February.

"It now takes 30 days for a car made in Japan to be shipped to Dalian Port by sea and transported to Kazakhstan by rail via the Xinjiang Uygur autonomous region," he said, adding it used to take more than 80 days via the Mediterranean Sea, the Black Sea and Russia in the past.