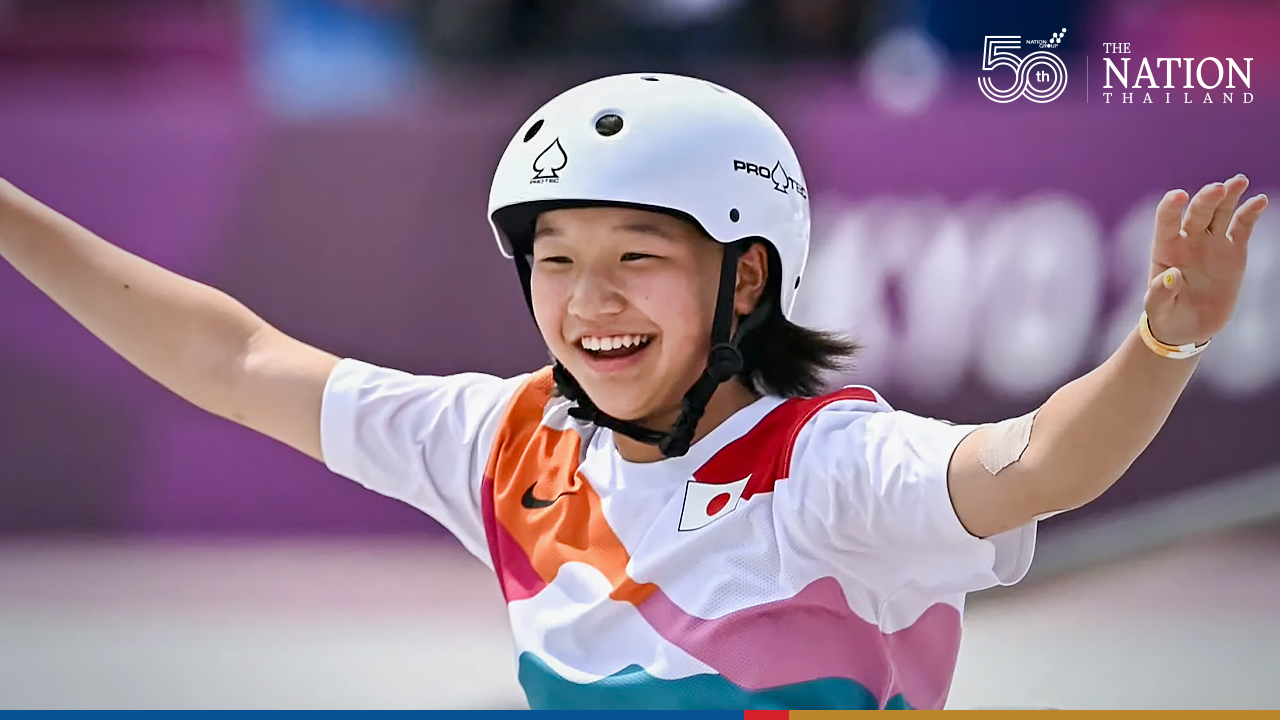 With two Japanese athletes winning gold medals in skateboarding’s Olympic debut, the sport is experiencing a boom in popularity.

Skateboarding schools are being inundated with inquires about trial lessons and classes, and board sales are increasing. However, there is the issue that skateboarding is still banned at many parks.

“First, let’s just try standing on [the board],” said an instructor, who was teaching 27 elementary-school-aged students.

Each student then slowly rode around a skateboarding facility located in Koto Ward, Tokyo.

The children, who wore helmets and other protective equipment, were participating in a trial lesson held once a week by H.L.N.A, which operates the facility.

The facility started receiving many applications after Yuto Horigome, 22, won gold in men’s street skateboarding. The number of students enrolled in the school has increased by more than 100.

Toya Nakaya, 9, a third-grader from Kawasaki who was learning how to skateboard, said: “I saw a skateboard floating and spinning in mid-air on TV and thought it was amazing, so I begged my mom [to let me take classes]. It was my first time skateboarding, but it felt really good when I was able to glide forward.”

Skateboard sales have doubled at the Harajuku Meiji-dori branch of Murasaki Sports in Shibuya Ward, Tokyo. Young people have been coming in one after another, saying they want to start skateboarding or pick it up again.

The store sells a wide variety of skateboarding equipment, including about 500 skateboards in various colors. When The Yomiuri Shimbun visited the store on Wednesday, parents with children, as well as young people, were browsing the store. As a result of the sudden boom, much of the store’s inventory is in short supply.

Amid the pandemic, skateboarding is also gaining popularity because it is “a sport that can be enjoyed alone.”

“I hope more people will become interested in skateboarding thanks to the gold medalists,” said store manager Takeo Fujiwara, 39. “I hope it will become a more established [sport].”

Skateboarding originated as a street sport overseas. In Japan, skating is banned in many parks as it can damage handrails and stairs, as well as create a lot of noise. There is also a concern regarding safety as some skaters ride down busy streets.

Skateboarding is often thought of as a public nuisance, according to the Tokyo-based nonprofit organization Japan Skate Park Association, which is working to establish more skate parks across Japan. As of the end of May, there are 418 skate parks nationwide.

“There are so few in Japan, you can’t even compare it to other countries,” said Satoru Kawasaki, 51, the representative director of the association.

As a result of the situation, the association and those involved are concerned that more skaters will end up practicing on the streets or in parks, where skateboarding is prohibited. It is highly possible that the current number of skate parks will not be enough to accommodate the increasing number of skateboarders, as some have been closed because of the pandemic.

Tokyo’s Komazawa Olympic Park has a skate park, but it is currently closed because of the pandemic.

“Watching [skateboarding] at the Olympics really pushed me to want to get better,” said a second-year junior high school student who was practicing at Komazawa park. “I know skateboarding in [the park] is banned, but I don’t have anywhere else I can practice. I once got in trouble by a security guard [when I was skating here].”

Momiji Nishiya, 13, who won the gold medal in women’s street skateboarding, usually practices at Sports Park Matsubara in Matsubara, Osaka Prefecture. The facility was set up by the local city government to give children a place to safely skateboard.

“Since Japan earned gold medals, now is the perfect time to change the image people have about skateboarding,” said Kawasaki. “I hope more skate parks will be established, such as by redesigning a section of a park, so children can skateboard as much as they want.”