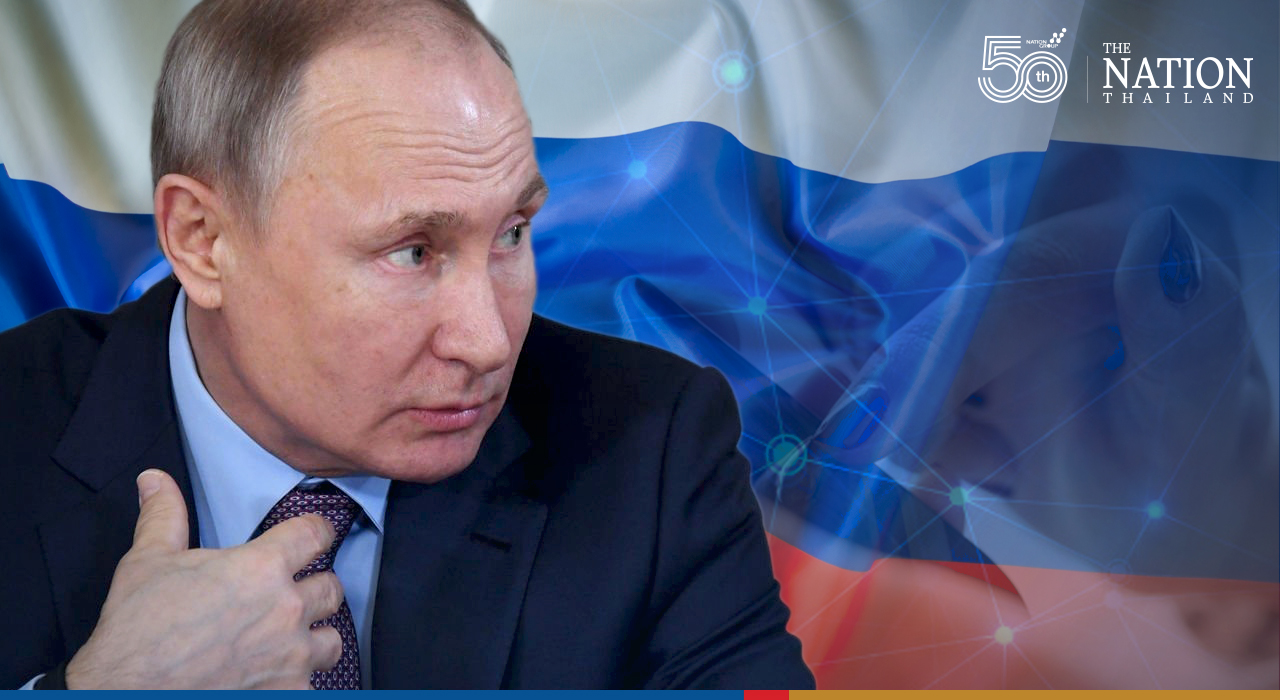 Russia Internet censor threatened Thursday to fine Google and Apple if they dont remove an app built by opposition leaders that encourages voters to cast ballots against the party of President Vladimir Putin, saying the companies are interfering in the nations electoral processes.

The move follows weeks of private demands by the censorship agency, Roskomnadzor, to both companies, ahead of legislative elections that begin Sept. 17. Neither company has removed the app, the latest skirmish in an increasingly intense battle over the availability of potent technological tools - most of them American-made - for political organizing in Russia.

Russian advocates of Internet freedom denounced the move as part of Putin's intensifying crackdown against political opponents, such as jailed anti-corruption activist Alexei Navalny, whose allies created the app.

But the battle pitting government forces against Silicon Valley underscores the increasingly perilous waters tech companies must navigate worldwide as their services become ever more important to political campaigns. That includes the United States, where leaders of both major parties for years have sought to shape how policies are established and enforced - all the while complaining that the scales are tilted against them.

The Russian threat, of course, is far more stark, with authority residing overwhelming in the hands of Putin, a former intelligence officer who has amassed unrivaled power since first taking office in 1999. He and his allies have proven adept at exploiting online tactics at home and abroad to manipulate politics - as they infamously did in the U.S. election in 2016 - while also using censorship and other legal tools to throttle critics, political debate and independent journalists within Russia.

"The authorities' demand to remove the app from AppStore and Google Play Store is more evidence of the current scorched-earth policy to kill any opposition thought, word, movement or competition. It is clear that it is illegitimate, unauthorized, anti-constitutional," said Artem Kozlyuk of the group Roskomsvoboda.

Navalny and his allies have made liberal use of U.S.-based Internet services in their opposition to the government, exposing government corruption on YouTube, denouncing inhumane prison conditions on Instagram and rallying support for opposition legislative candidates on iPhone and Android apps.

But this adept use of technology has generated an equally aggressive backlash from Russia's government censors, who've demanded wide-ranging takedowns of opposition material online on the grounds that it is "extremist." Russian censors have blocked 49 Navalny-linked websites, throttled Twitter for failing to delete content Russia deems illegal, and repeatedly fined on Google and others for refusing to store users' data on servers based within Russia.

Roskomnadzor also has called on YouTube to remove Navalny's channel, with 6.5 million subscribers, and demanded that other platforms disable the accounts of Navalny and associates. Censors have threatened to block YouTube altogether at a time when Navalny's channel still pumps out damaging exposés of public corruption even as the platform restricts some content on pro-Kremlin channels.

That's put Silicon Valley in the middle of a pitched political battle in a country that's both increasingly authoritarian and an important market for the companies.

Thursday's order to Google and Apple focused on an app built by Nalvany's political allies to help opposition voters know how to cast their ballots in this month's legislative elections, while also highlighting the group's anti-corruption campaigns. The government ordered the two companies to block distribution of the app last month.

Google took no apparent action. Apple, however, forwarded an Aug. 16 email from Roskomnadzor to a Navalny aide, urging him to contact the censor to resolve the matter, according to a copy of the communication obtained by The Washington Post.

Navalny's team replied to Apple a few days later, calling the government demand "an illegal and arbitrary act of censorship" that was part of a "campaign of political repression." But the opposition heard nothing back from the company for several days. During this time, Apple's App Store stopped providing updates to the app, raising fears among opposition figures that it might get pulled from the store altogether, said opposition and digital rights activists with direct knowledge of the events.

Apple did not remove the app and resumed updating it Monday, shortly after opposition leaders made another plea to Apple through a human rights group acting as an intermediary. But the episode, not previously reported, underscored the high stakes surrounding access to social media and other technological tools. Opposition activists have few other means to reach voters; traditional news and information channels are tightly controlled by Putin's government.

Roskomnadzor reacted Thursday, threatening fines if Apple and Google did not remove the app from their online stores. In a statement quoted by the Russian news agency Interfax, the censor said that "it has demanded that the AppStore and Google Play stop distributing the application of an organization that has been branded as extremist and banned in Russian territory."

The report said the companies could be subject to "initial fines" of 4 million rubles, about $55,000. Though a pittance to two of the world's richest, most profitable companies, most technology companies seek to strike a balance between complying with local laws and hewing to their own global standards regarding access to information.

The increasingly aggressive actions by the censors has opposition figures and digital rights activists worried that still more action, including possible cyberattacks, could be coming ahead of the three-day election for members of the State Duma, the lower house of parliament. They also expressed concern about the possibility of localized Internet blackouts near the election to hobble political organizing, and they complained that a copyright lawsuit filed this week is a thinly veiled effort to attack the Nalvany app through other means.

Russia's censorship office did not reply to a request for comment. Apple and Google declined to comment about government demands that the apps be removed.

Russia's battle to quash the app is a key part of its election strategy - and also a potential watershed battle in its efforts to control the Internet and hinder the spread of dissent and democratic ideas, say government critics.

"They made it very clear that the single most important thing for them in regard to this upcoming election is to block this technology because it's the only thing that could prevent their plans of ensuring an entirely predictable and submissive Duma from being elected," said Leonid Volkov, a senior adviser to Navalny.

Russian authorities have tried to block opposition access to Internet services before. For two years, Russian authorities tried but failed to block the messaging app Telegram for refusing to share encryption keys with Russian security services. Russian independent media, activists and opposition figures continue to thrive on Telegram news channels. A company spokesman did not reply to a request for comment.

The Russian state, meanwhile, has used social media, particularly Facebook, to spread disinformation about Navalny and his organization, Volkov said.

With the Duma election two weeks away, most opposition candidates who could pose a real threat to Putin's governing party, United Russia, have been barred by the government from running. Authorities barred a prominent independent election observer group, as well, and video surveillance in voting stations has been canceled.

These flaws leave no doubt about a victory for United Russia, critics say. But a variety of conditions have weakened the party's support, including long-simmering anger over increases to the pension age, rising food prices, pervasive corruption, inequality, the pandemic and raging wildfires in Siberia and elsewhere.

Despite assurances of likely electoral victory, the Russian censorship office has sent takedown requests to Facebook, Instagram, Twitter, YouTube and TikTok over allegedly extremist and illegal content. Chinese-owned TikTok removed large amounts of anti-government content, winning praise from Russian government officials, Bloomberg News reported in April. The company and its parent, ByteDance, did not respond to requests for comment.

Vladislav Zdolnikov of GlobalCheck, which monitors Internet accessibility in Russia, said government efforts to restrict global technology giants were gaining speed as it worked to build a "sovereign Internet," capable of disconnecting from the global Web, following the example of China's Great Fire Wall. Russia was able to disconnect its Internet from the global Web during tests in July, Russian media reported, offering little detail of the scope of the exercise.

Navalny was poisoned in Tomsk, Siberia, last year while visiting the city to publicize his "Smart Voting" campaign, of which the app that censors are seeking to block is a key part.

Zdolnikov said authorities also are disrupting the app using "Deep Packet Inspection" technology, which allows granular analysis of Internet flows and the blocking of objectionable content. He predicted authorities would redouble their efforts to hobble the app during the three days of voting that begin in two weeks.

"I am sure that [government censors] will be blocking the app 24/7, and I believe that it will not be working stably," said Zdolnikov. "For the three days of the election there will be interruptions, and the app may be accessible 20 percent or 30 percent of the time."