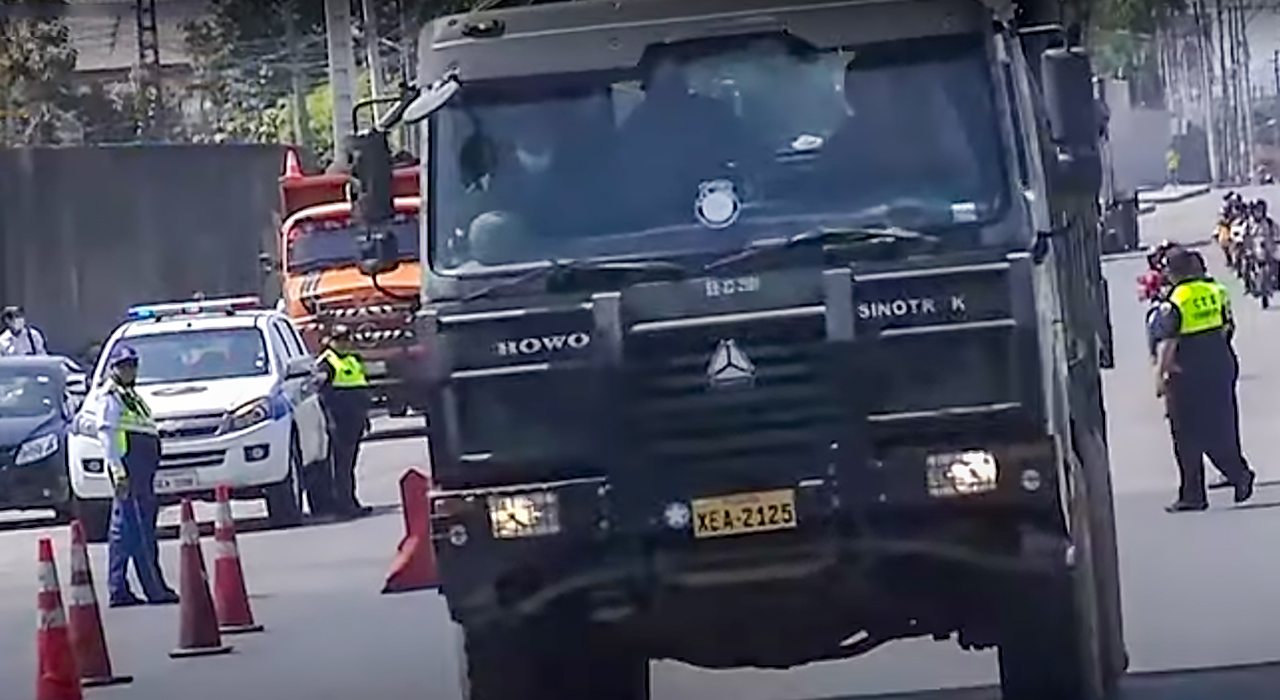 More than 100 prison inmates have been killed and dozens more injured this week in one of the deadliest prison riots in Ecuadors history amid an ongoing turf war between rival gangs.

The violence erupted around 9:30 a.m. Tuesday as competing gangs exchanged gunfire and explosives in their battle for control of one of the units in the main prison in Guayaquil, police said. At least five of the inmates killed were decapitated, Gen. Fausto Buenaño, a regional police commander, said Tuesday night. At least 47 others were injured.

On Wednesday afternoon, the country's director of prisons said that 40 people had been confirmed dead but that authorities had discovered dozens more bodies in one of the prison units.

Ecuadoran President Guillermo Lasso on Wednesday afternoon announced he would preside over the security committee in Guayaquil, "to coordinate the necessary actions to control the emergency, guaranteeing the human rights of all those involved."

Police entered the prison at 10:40 a.m. Tuesday, evacuated personnel - including six cooks - and managed to regain control of the facility by 2 p.m., authorities said. More than 500 officers were involved in quelling the violence, and a contingent of military officers arrived to provide assistance the following morning.

Tuesday's riot came two months after a similar wave of violence broke out in two of the country's prisons, including Guayaquil's Litoral Penitentiary, killing 22 inmates and prompting Ecuador's president to declare a state of emergency in the prison system.

In February, brawls in three prisons on the same day left about 80 inmates dead, marking the worst prison riots in the country's history until that date. The fighting was prompted by a feud between rival criminal groups after the killing of the leader of Los Choneros, a local gang that has risen to prominence in part by controlling drug-trafficking routes between Colombia and Ecuador.

"It's an unfortunate fact that this is happening in our society, in our country," Garzón said in an interview with The Washington Post on Tuesday night, calling it a "particularly difficult year."

Garzón stepped into the top role at 11 a.m. Tuesday, just as the prison riot was underway. Speaking hours later on his first day of work, the director said he aimed to find solutions to the growing violence in the country's prisons, which he attributed to battles between gangs linked to the country's drug trade.

"I hope we can begin to initiate a change," Garzón said, adding that he plans to travel to Guayaquil on Wednesday.

The country has struggled to reduce the fighting in its penitentiary system for years. While the government launched a new program in 2019 to boost infrastructure and technology in its prisons, it cut the project's budget the following year by more than 70%, according to Ecuadoran news site Primicias.

If authorities confirm the more than 100 deaths in this week's riots, the death toll in Ecuador's prisons will surpass 221 this year, violence that has been growing steadily since 2018, according to the country's Ombudsman's Office. More than 103 inmates were killed in 2020.

Earlier this year, the Inter-American Commission on Human Rights condemned the recent wave of deaths, attributing them to a "failure to adequately design, implement, and assess public policies targeting detainees."

Last month, the same commission, the human rights arm of the Organization of American States, called on Ecuador's government to increase prison security personnel and impose effective controls to prevent the entry of weapons and the activity of criminal organizations in its prisons.

Ecuador's prisons have long suffered from overcrowding and weak security, with an insufficient number of guards to control the country's prison population, according to Human Rights Watch.

Garzón said the president's state of emergency remains in effect in the penitentiary system.

"I want to tell the mafias that try to intimidate this country that they are wrong," Lasso said in July when he declared the emergency. "They are wrong if they think our hand is going to shake. We are going to use all our legal powers to impose the rule of law and guarantee peace and human rights in prisons in Ecuador."