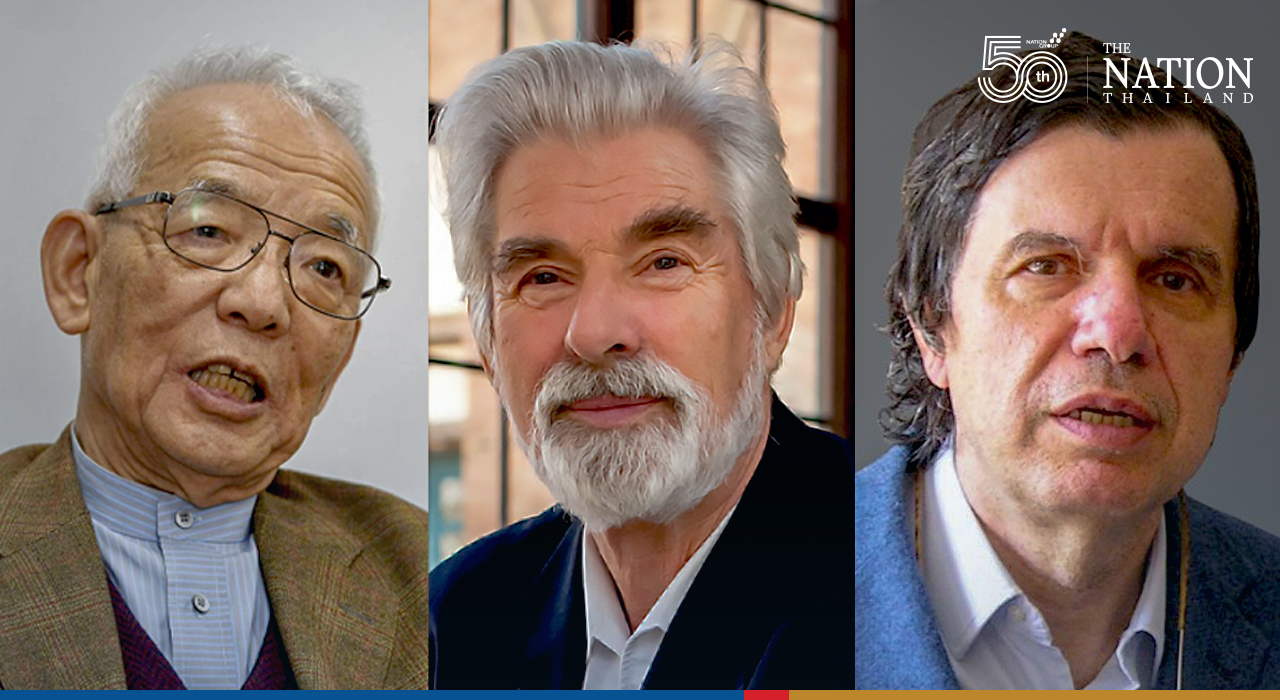 The Nobel Prize in physics was awarded Tuesday to scientists Syukuro Manabe of the United States and Klaus Hasselmann of Germany for laying the foundation of our knowledge of the Earths climate and how humanity influences it, including by reliably predicting global warming.

Giorgio Parisi, a theoretical physicist at the Sapienza University of Rome, also shared the prize for describing fluctuating physical systems and disorder on scales from atoms to planets.

The three scientists were honored "for groundbreaking contributions to our understanding of complex physical systems," Göran Hansson, secretary general of the Royal Swedish Academy of Sciences, told reporters in Stockholm. They made accurate predictions for phenomena as chaotic as weather and climate. "The notion of global warming is resting on solid science," Hansson said.

Manabe, a meteorologist at Princeton University who was born in Shingu, Japan, has modeled Earth's climate since the 1960s. He demonstrated how increased levels of carbon dioxide in the atmosphere will lead to increased temperatures at the surface of the Earth.

When the Nobel committee called him early Tuesday to tell him he'd won, Manabe was "gobsmacked," according to Yale University physicist John Wettlaufer. "He said, 'But I'm just a climatologist.' And I think that's the point . . . He really did construct the models from which all future climate models were built."

In one such model, Manabe examined the interplay between solar radiation on the planet's surface and the vertical movement of air due to convection. That model, of a 25-mile-high column of air, required hundreds of computing hours to test what happened with different levels of gases, the Nobel committee said.

The work led to a crucial finding: "If you double the carbon dioxide in the Earth's atmosphere, the surface temperature would increase by 2 degrees Celsius," Wettlaufer said.

Manabe's model confirmed the key role carbon dioxide plays in heating the planet - essential for showing how human industry, which releases this and other greenhouse gases, drives climate change. A U.N. report published in September warned that by the end of the century, the planet could heat by 2.7 degrees Celsius, or 4.9 Fahrenheit, if large nations do not make more robust efforts to curb emissions, as The Washington Post reported last month.

Manabe enthusiastically led the charge to simulate how climate operates, his colleagues said. "He built numerical models of the climate system not just to answer questions about the future evolution of climate, but because he wanted to understand how the climate system works," Rutgers University climate scientist Anthony J. Broccoli told The Washington Post.

At a Princeton news conference Tuesday afternoon, Manabe said it was a "great surprise and honor" to be selected for this prize. He added: "I never imagined that this thing I began to study has such huge consequences. I was doing it just because of my curiosity."

Ronald Stouffer, a climate scientist who worked with Manabe at the National Oceanic and Atmospheric Administration's Geophysical Fluid Dynamics Laboratory, said Manabe is the "father of climate modeling," driven to simulate aspects of global warming before anyone else.

In addition to his influential carbon dioxide model, Manabe and his colleagues predicted how an influx of fresh water into the sea from melting polar ice would alter ocean circulation, slowing the global conveyor belt that influences continental temperatures and coastal sea levels. He also showed that warming can shape tropical storms.

"One of the things that stands out about Suki's work is that almost all of it has been confirmed by 50 years of climate research," said Stouffer, calling Manabe by his nickname. "He didn't have too many false steps along the way."

Awarding the physics prize to a meteorologist is unusual. "I was shocked. I had often thought about, and talked to people, whether Suki would win a Nobel Prize in physics - I thought it was reserved for physicists," Stouffer said.

Hasselmann, an oceanographer at the Max Planck Institute for Meteorology in Hamburg, linked weather with climate about a decade after Manabe developed his model. Hasselmann showed how weather, which works on a time scale of days, influences ocean climate over a time scale of years.

"I'm very happy that they put the attention on the climate problem, which is really important," Hasselmann said in an interview for the Nobel's website. "We've been warning about climate change for about 50 years or so; it's just that people are not willing to accept the fact that they have to act now" to prevent the worst effects of climate change.

Parisi, meanwhile, has studied a material called spin glass, in which a bed of copper atoms is randomly sprinkled with iron atoms. The iron atoms act similar to a magnet, except that in spin glass, the magnetic pairs point in different, rather than the same, directions.

A long-standing question in theoretical physics was to determine why the pairs pointed the way they did. Parisi solved this by finding a hidden structure in replicated spin glass systems, a method that became a "cornerstone of the theory of complex systems," according to the Nobel brief.

Parisi said his approach can be used to explain environmental variation, such as the 100,000-year cycle of ice sheets forming glaciers and then collapsing.

The prize's two halves are connected by a shared theme of disorder and fluctuation, said Nobel committee for physics chair Thors Hans Hansson, a theoretical physicist at Stockholm University. The natural world has hidden structures, he said, that can be understood if analyzed carefully, as this trio did.

Compared to the preindustrial age, Earth is now 1 degree Celsius warmer. That uptick has already exacerbated drought, flooding, hurricanes and wildfires. "It's clear that for the future generation we have to act now, in a very fast way," Parisi said when reached by phone during the Nobel conference.

Manabe acknowledged that trying to understand and respond to climate change can be daunting. "But it's much easier than understanding current politics," he said.

The three scientists will split a prize of 10 million Swedish kronor, or about $1.14 million, with half to Parisi and a fourth each to Hasselmann and Manabe.