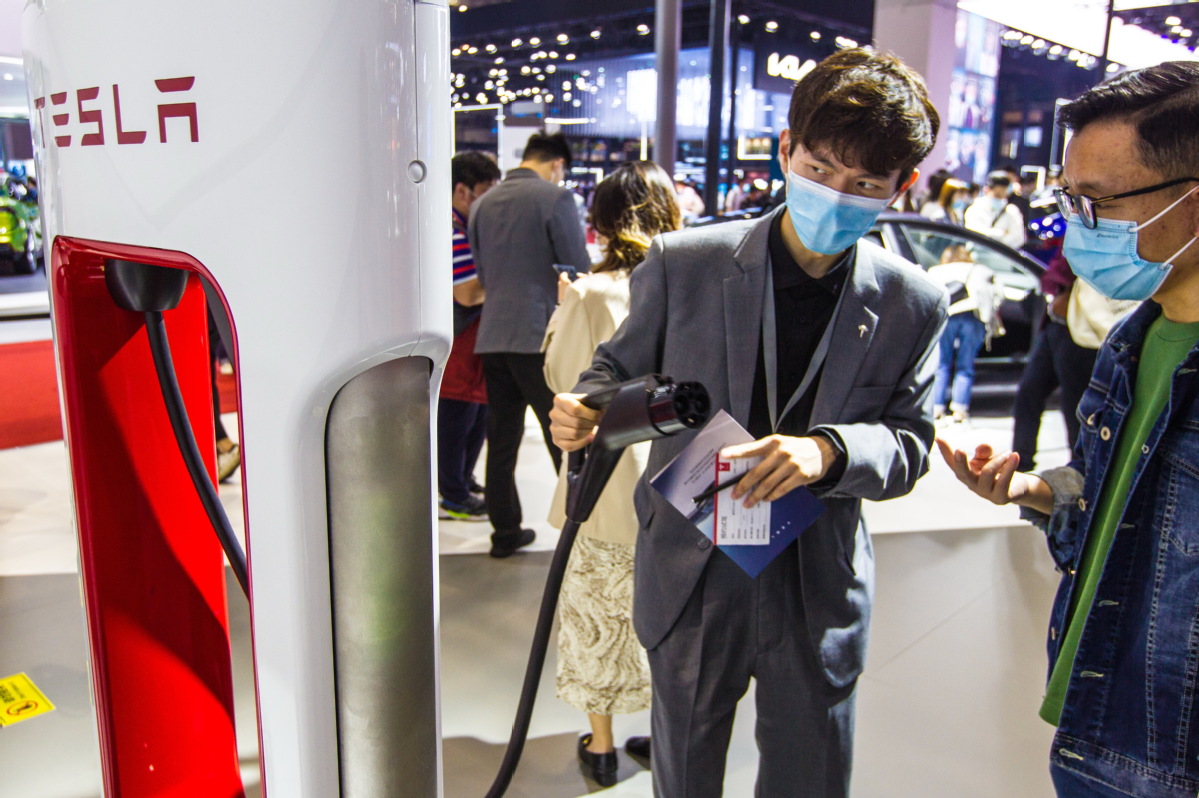 Tesla has said it will store data its vehicles generate in China locally and offer its vehicle owners access to query information, as vehicles from the United States carmaker and other smart car companies are fueling privacy concerns.

In a Sina Weibo statement late Tuesday, Tesla said it has established a data center in China, with more to be built in the future, for local data storage, promising that all data of its vehicles sold on the Chinese mainland will be kept in the country.

It did not provide a schedule when the center will be put into use but said it will notify the public when it is ready for use.

Tesla's move is the latest by a smart vehicle maker in response to growing concerns that the vehicles' cameras and other sensors, which are designed to facilitate use, may prove to be privacy intrusion tools as well.

The public debate over the issue became more intense in April when a Tesla Model 3 owner protested at the Shanghai auto show about an alleged brake failure that resulted in a car crash.

In the same month, Tesla made public the vehicle's data within 30 minutes of the car crash without the consent of the car owner, fueling further debate about safety and privacy. The dispute remains unresolved so far, as the data cannot be verified.

Tesla is just one of a growing number of companies that are rolling out smart vehicles.

Statistics from the Ministry of Information and Technology show 15 percent of passenger cars sold last year have Level 2 autonomous functions.

That means over 3 million vehicles, from both Chinese and foreign carmakers, with cameras and radars hit the Chinese roads last year.

Experts said the number of smart vehicles will grow even higher and faster, as the global auto industry is shifting toward electrification and digitalization. Features like wireless software updates, voice commands and facial recognition are now standard on most new vehicles.

Earlier this month, the Cyberspace Administration of China began to solicit public opinion on a set of draft rules that require automobile-related business operators to obtain the permission of drivers before collecting car owners' personal and driving data.

The default option for the carmakers is not to store data that vehicles generate, and even if they are allowed to store it, the data must be deleted if customers request so.

Chen Quanshi, a professor of automotive engineering at Tsinghua University in Beijing, said it is a correct move to regulate the smart vehicle segment.

"Connectivity is making cars easier to use, but it poses risks as well. We should have introduced regulations earlier," said Chen.

In early May, autonomous driving startup Pony.ai founder James Peng said the data its robotaxi fleets collect in China will be stored in the country, and they will be desensitized to ensure privacy.

Also, data regarding locations, roads, buildings and other information collected from the environment outside the cars through sensors such as cameras and radar will not be allowed to leave the country, it said.

Control of use, transmission and storage of data are a challenge for the industry and regulators worldwide.

Nio's founder and CEO William Li said its vehicles sold in Norway will have their data stored locally. The Chinese company announced in May the vehicles will be available in the European country later this year.