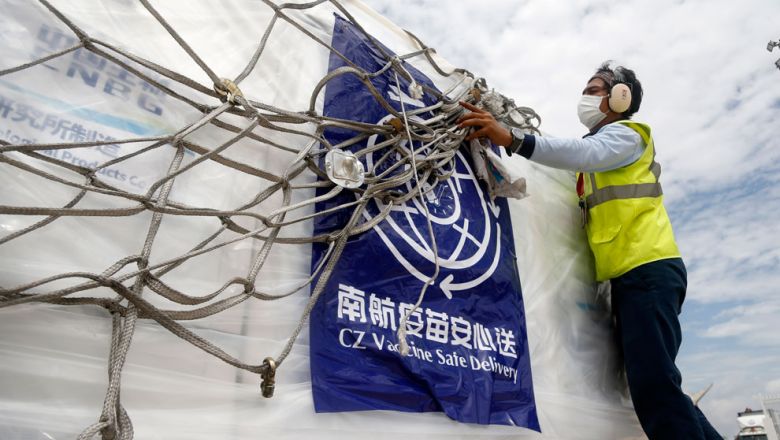 The government has purchased an additional five million doses of Covid-19 vaccine from China to vaccinate the 12-17 age group in a bid to reopen schools, with their shipments expected in August and September.

The Kingdom will also receive one million doses of the Johnson & Johnson vaccine through the World Health Organisation-led Covax Facility, according to Ministry of Health secretary of state York Sambath.

Sambath was speaking at the Phnom Penh International Airport while receiving one million doses of the Sinopharm vaccine purchased from China on July 22.

Regarding the one million doses of Johnson & Johnson vaccine, Sambath said she did not have specific timeline for their arrival.

The national Covid-19 vaccination commission has been planning and discussing the work concerning vaccinations for the 12-17 age group following Hun Sen’s recommendation.

According to Sambath, Cambodia had vaccinated more than six million people as of July 21.

“We have enough vaccines on hand to vaccinate our people including children, in line with the goal set by [Hun Sen]. But vaccination alone would not be enough – only through participation by people from all walks of life can we break the chain of transmission,” she said.

Prime Minister Hun Sen said on July 22 that the government has defined vaccination as its strategic plan in the fight against Covid-19.

“Through this strategic plan, Cambodia has made every effort to procure vaccines for the people. The vaccines that Cambodia has received are the achievement of the government’s plan in acquiring 20 million doses to vaccinate the 10 million [adult population],” he said in a Facebook post.

On July 23, Hun Sen will personally receive one million doses of the AstraZeneca vaccine donated by the Japanese government. This marks the second time that the prime minister has personally welcomed vaccines from “friends” of Cambodia – the first was on February 7 when 600,000 doses donated by China arrived.

Japanese ambassador to Cambodia Mikami Masahiro said last week after his government announced the donation that the assistance demonstated strong ties between the two countries and in timely response to the current Covid-19 situation.