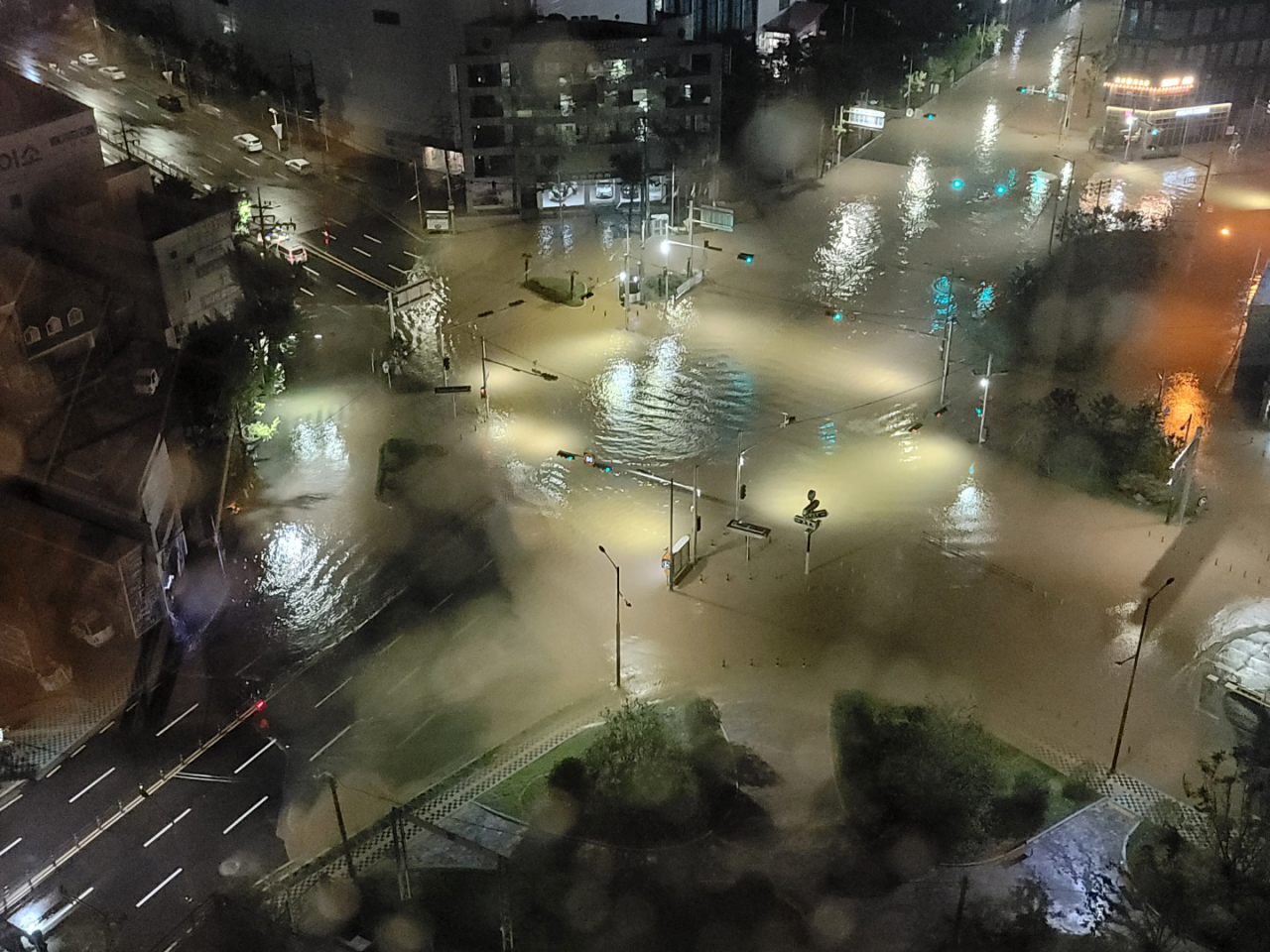 Typhoon Omais weakened into an extratropical cyclone Tuesday morning, after making landfall around midnight Monday, flooding roads and houses, and forcing more than 1,000 people to evacuate in southern South Korean cities that lay in its path.

Typhoon warnings issued the previous day were all lifted, but the weather service forecast heavy rains with strong winds to continue throughout the day in the coastal areas and southern parts of the country.

Firefighters rescued 11 people from flash flooding and no injuries were reported as of early Tuesday, according to the Central Disaster and Safety Countermeasures Headquarters, but 10 people were displaced in Tongyeong, South Gyeongsang Province, and 1,106 people were evacuated amid fears of landslides and flash floods in eastern Busan, Changwon and South Jeolla Province.

The railway connecting Gwangju and Miryang in South Gyeongsang Province was cutoff after parts of the railway became covered with piles of mud from heavy rainfall early Tuesday morning.

Six roads in the provinces of South Gyeongsang and South Jeolla were inundated with flash floods.