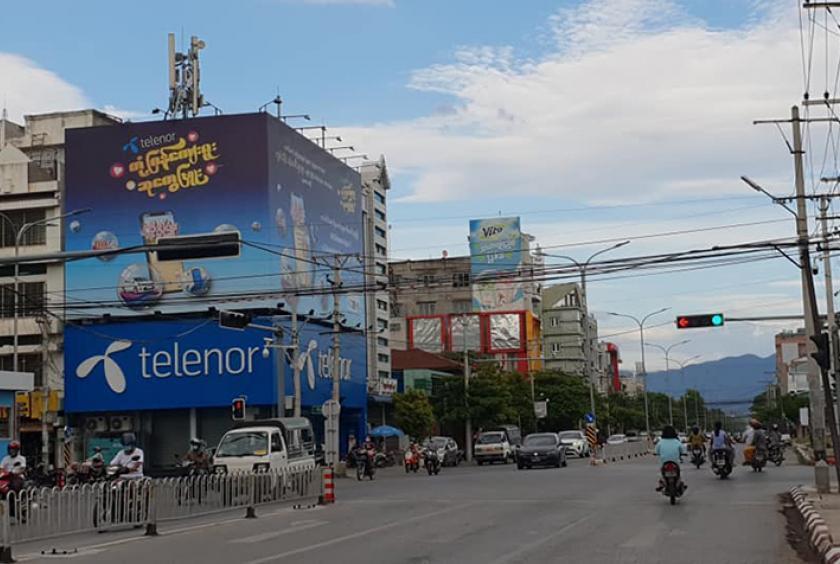 Telenor said yesterday the Myanmar ruling military had demanded it install equipment to intercept communications on the network the Norwegian firm operates in the country.

Telenor announced in July it plans to sell Telenor Myanmar, saying only that since the February military takeover that ousted civilian leader Aung San Suu Kyi and her government it had become increasingly difficult to operate in the country.

But yesterday it disclosed that the ruling military wanted it to install monitoring equipment on the network with some 18 million customers.

"Telenor has not installed such equipment and we will not do so voluntarily," a spokesman for the firm said in a statement, noting that complying would contravene Norwegian and international sanctions.

The firm added that "operating such equipment in this situation would constitute a breach of our values and standards as a company."

It was not immediately clear if the ruling military had made similar demands of other telecoms operators present in Myanmar, which include Qatar's Ooredoo as well as local groups Mytel and MPT.

Telenor, which has had a commercial presence in Myanmar since 2014, said the demand to install surveillance equipment was one of the reasons behind its decision to leave.

It reiterated that it believes that selling Telenor Myanmar is "the least detrimental solution" for the country.

But in July, 474 civil society groups in Myanmar called Telenor's decision to pull out irresponsible, saying it had not sufficiently considered the impact of the move on human rights.

Telenor said it "is deeply concerned and saddened by the deteriorating human rights and security situation caused by the military takeover, especially for the people of Myanmar."

The Norwegian firm said it submitted the paperwork for the transaction at the end of August to Myanmar authorities.