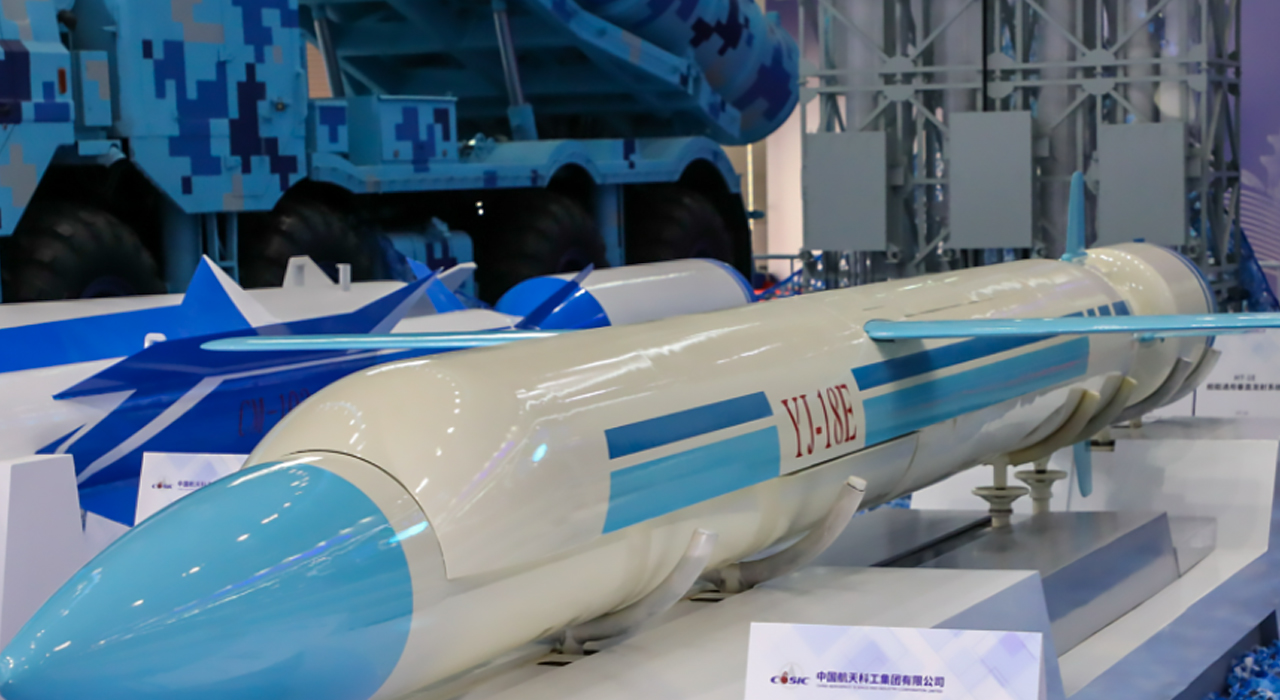 China is ready to export one of its mightiest weapons－a submarine-launched supersonic cruise missile system that has been deployed by the Peoples Liberation Army Navy.

The YJ-18E, an export version of the YJ-18, is on display at the 13th China International Aviation and Aerospace Exhibition, the largest arms show in the nation, which means its maker－China Aerospace Science and Industry Corp－has obtained government approval to sell the cutting-edge missile overseas.

The YJ-18 and its first variant, the YJ-18A, were declassified and made their public debut in October 2019 when they were carried by vehicles along central Beijing's Chang'an Avenue during a grand National Day parade. They are believed to be the most powerful and effective missiles in the PLA Navy for anti-ship and land attack operations.

The YJ-18E is likely to be the best cruise missile currently available to any buyer seeking a real ship killer in the international arms market, defense technology observers said, adding that the model has another big attraction－it can also eliminate ground targets.

According to CASIC, the YJ-18E features a sea-skimming flight capability, a subsonic cruise mode and a supersonic terminal strike. This means that after it is launched from a submarine, the missile flies below the speed of sound very close to the sea surface until it approaches the target. Then the missile drops its cruise propulsion back shell and charges toward the target at an ultrafast speed.

This unique trajectory is in stark contrast to the more common linear flight path of traditional anti-ship missiles and allows the weapon to attack hostile ships far from its carrying submarine in a manner that is hard to detect, the State-owned defense contractor said.

The missile is able to sink large ships and hit fixed targets on the land, CASIC said, noting that it can also be mounted on ground vehicles and ships.

The YJ-18E has a maximum strike range of 290 kilometers, according to the company, which has not revealed other specifications about the weapon.

Wang Yanan, editor-in-chief of Aerospace Knowledge magazine, said that the YJ-18E is better than almost all other anti-ship cruise missiles on the international market because it integrates subsonic and supersonic flight modes－utilizing the advantages of both－while others use either a subsonic or supersonic approach.

"It boasts a long hit range, low-detectable design, strong penetration capability and a powerful warhead," he said. "Compared with other competitors, the model is especially better in terms of flight range and terminal attack method, having obvious advantages over others of its kind."

The biennial China International Aviation and Aerospace Exhibition, popularly known as the Zhuhai Airshow, is being held from Tuesday to Sunday in Zhuhai, Guangdong province.

The exhibition is one of the largest defense exhibitions in the world and the only regular occasion for members of the public to closely observe Chinese weapons, especially those designed for export.

The 13th exhibition was originally scheduled to open in November last year, but was postponed due to the impact of COVID-19.

More than 700 enterprises from nearly 40 countries and regions are taking part in this year's event, according to its organizing committee.