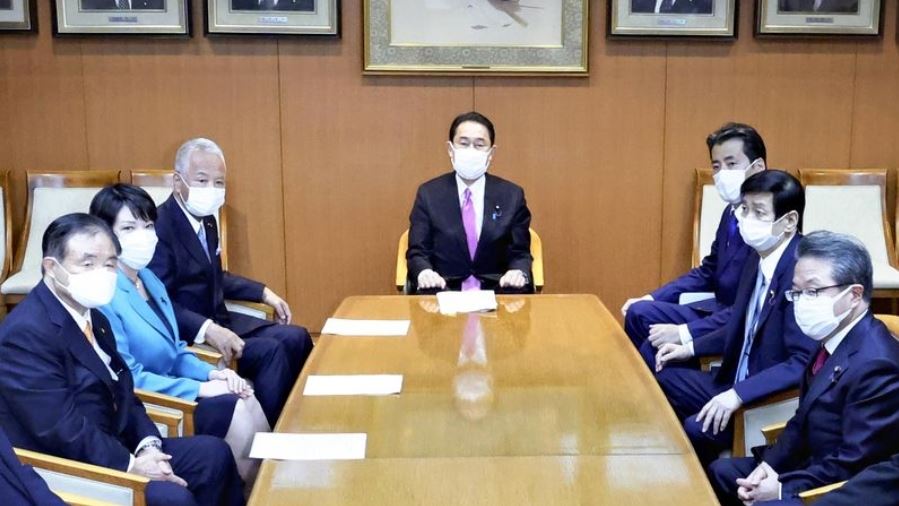 Ruling Liberal Democratic Party President Fumio Kishida intends to dissolve the House of Representatives on Oct. 14 after taking office as prime minister at an extraordinary Diet session to be convened on Monday, according to sources.

Regarding the lower house election, Kishida plans to set Oct. 26 as the official start of the election campaign with voting and ballot counting on Nov. 7.

Kishida will launch his Cabinet on Monday and make a policy speech at the Diet on Friday. He will answer questions about his policy speech from representatives of each party on Oct. 11-13, and then dissolve the lower house.

Arrangements are being made for him to attend a summit meeting of the Group of 20 major economies in Rome on Oct. 30, with an eye toward meeting U.S. President Joe Biden separately there. If he goes, it will be an extraordinary case of a prime minister traveling abroad immediately after the start of an election campaign.

In relation to this, LDP Diet Affairs Committee Chairperson Hiroshi Moriyama met with his Constitutional Democratic Party of Japan counterpart Jun Azumi on Friday and agreed to set the extraordinary Diet session for 11 days until Oct. 14. The CDPJ is the largest opposition party.

Meanwhile, as for the posts in a new Cabinet under Kishida, current Foreign Minister Toshimitsu Motegi will retain his post, the sources said.

It was unofficially decided that Hirokazu Matsuno, a former education, culture, sports, science and technology minister, will take the post of the chief cabinet secretary, and Shunichi Suzuki, a former LDP General Council chairperson, will assume the post of the finance minister.