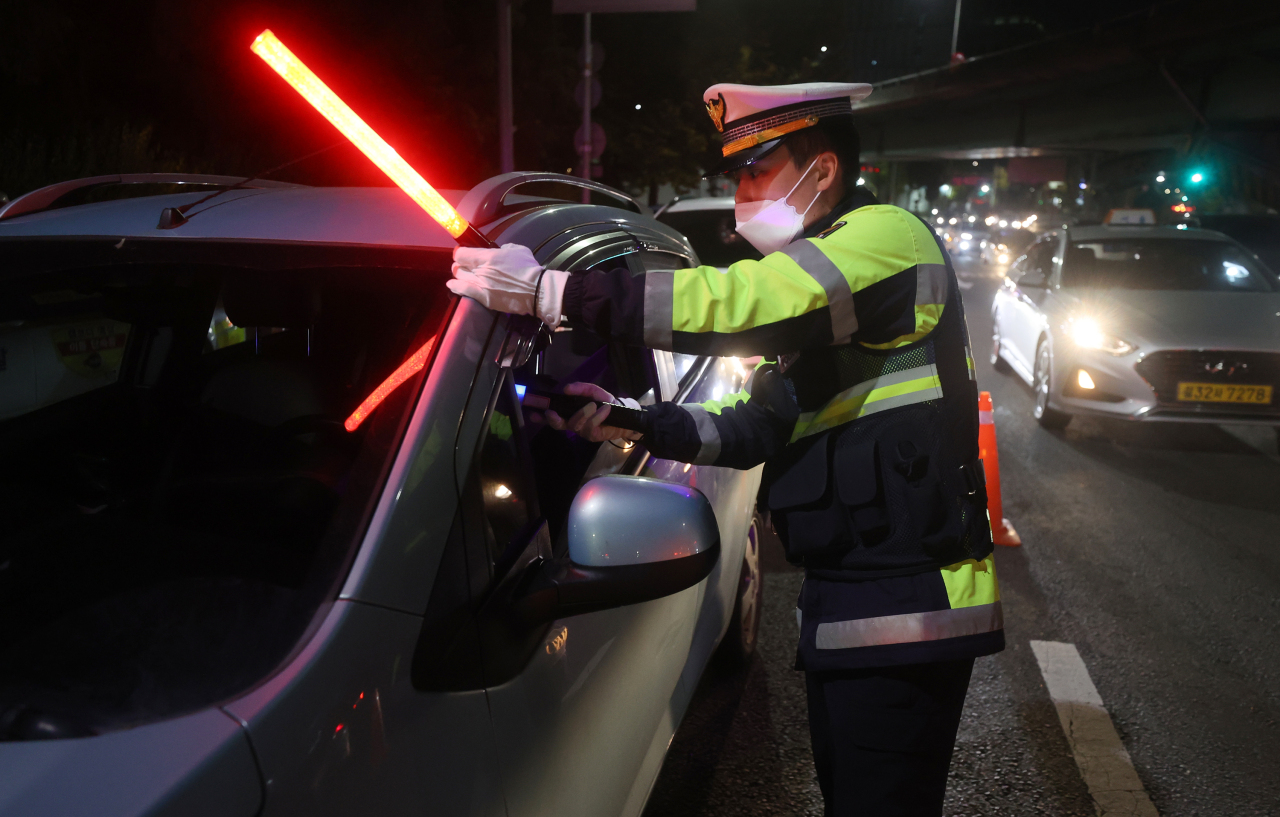 A total of 2,844 people were caught drunk driving in the first full week last week since the country eased virus curbs to gradually return to normalcy under its "living with COVID-19" scheme, police said Monday.

Of them, 514 were caught Saturday, 427 on Friday and 417 on Sunday, and total of 2,091 people had blood alcohol content levels high enough to have their license revoked while the remaining 753 with levels warranting license suspension, according to the National Police Agency.

South Korea began the first of three stages to gradually phase out coronavirus restrictions Monday last week, as more than 70 percent of the population had been fully vaccinated.

Under the first phase, operation hour curfews on cafes and restaurants have been fully lifted, while ceilings on private gatherings have been raised to a maximum of 10 people in the greater Seoul area and 12 in other regions.

The authorities also adopted the "vaccine pass" system, in which visitors have to show they have been fully vaccinated or have a negative test result when they enter high-risk facilities, like nightlife establishments, allowed to operate until midnight under the first phase. (Yonhap)