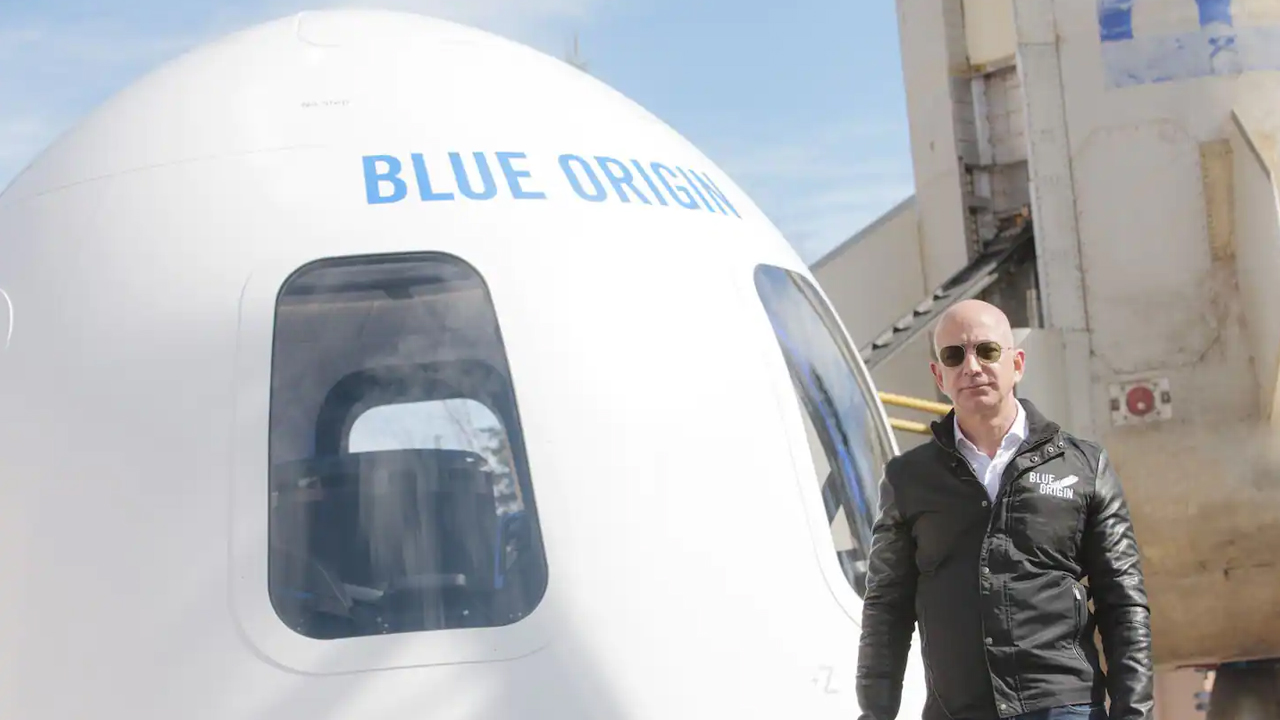 Blue Origin, the space venture founded by Jeff Bezos, said Wednesday that it would fly people to the edge of space for the first time this summer and that one of the seats would go to the winner of an online auction intended to raise money for its nonprofit foundation.

The company, based outside of Seattle, has successfully flown its autonomous New Shepard rocket and spacecraft to the edge of space 15 times through what it said was "a meticulous and incremental flight program to test its multiple redundant safety systems. Now, it's time for astronauts to climb onboard."(Bezos owns The Washington Post.)

The launch, from the company's sprawling facility in West Texas, is scheduled for July 20 - the anniversary of Neil Armstrong and Buzz Aldrin's Apollo 11 moon landing in 1969. And the announcement came on the 60th anniversary of Alan Shepard's spaceflight - the first time an American reached space.

Blue Origin's rocket and spacecraft are named for Shepard and would follow a suborbital flight trajectory somewhat similar to his mission in 1961. Instead of reaching orbit, the New Shepard rocket propels the spacecraft to an altitude of about 65 miles, just past what's known as the Kármán line, or the edge of space, before the spacecraft falls back to Earth. In all, the flight lasts about 10 minutes, with just a few minutes in the weightless environment of space.

Still, the company says the experience would be transformative.

In the years since Shepard's flight, the company said that "fewer than 600 astronauts have been to space above the Kármán Line to see the borderless Earth and the thin limb of our atmosphere. They all say this experience changes them."

Crew members would be able to gaze out of "the largest windows that have ever flown in space," Arianne Cornell, Blue Origin's director of astronaut and orbital sales, said in a media briefing. "Perfect from which to gaze out to the see the beautiful stars and the colors of Earth popping back at you."

Proceeds from the online auction would benefit Blue Origin's foundation, Club for the Future, which seeks to inspire young people to pursue careers in science, technology, engineering and math "and help invent the future of life in space." Sealed online bidding opened Wednesday, with the live online auction set for June 12.

Cornell would not say what the company would charge for tickets for regular flights to space or who the other crew members would be on the flight. When asked specifically about Bezos, she declined to comment on when or whether he would go to space. "But obviously if he does, the world will know."

Virgin Galactic, the space tourism company founded by Richard Branson, has charged as much as $250,000 for tickets on its suborbital spaceplane. But it has recently said that the prices would go up once the company reopens sales. It already has flown two missions to the edge of space and back with crews on board. It plans another crewed flight this month ahead of Branson's first flight later this year.

If it can fly people successfully, Blue Origin would join the ranks of a growing number of human spaceflight companies. Elon Musk's SpaceX has now flown three human spaceflight missions to the International Space Station for NASA and has two flights of private citizens scheduled, including one later this year in which two seats were raffled off to members of the public.

Boeing also is under contract from NASA to fly astronauts to the space station and hopes to fly its first crewed mission by the end of the year or early next year.

Bezos and Blue Origin have larger ambitions in space as well. It is working to develop a much larger rocket, known as New Glenn, capable of getting to orbit. It also bid for the NASA contract to build a spacecraft capable of flying astronauts to the surface of the moon. It lost that contract to SpaceX, but is protesting the decision.