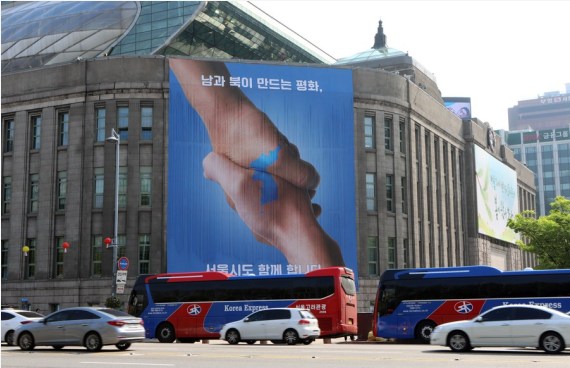 South Korea and the DPRK decided to resume their direct communication hotlines that had been severed for over a year as of 10:00 a.m. local time Tuesday.

South Korea and the Democratic People's Republic of Korea (DPRK) restored their cross-border communication lines that had been severed for over a year, the South Korean presidential Blue House said Tuesday.

The Blue House said in a statement that the two Koreas decided to resume their direct communication hotlines as of 10:00 a.m. local time (0100 GMT) Tuesday.

All of the inter-Korean communication lines had been severed since June last year when the DPRK cut them off in protest against Seoul's failure to stop civic activists from sending anti-Pyongyang propaganda leaflets into the DPRK.

The two leaders also agreed to restore mutual trust and enhance ties as early as possible.

The Blue House said the resumed inter-Korean communication lines would play a positive role in the improvement and the development of the inter-Korean relations.

Meanwhile, the military authorities of South Korea and the DPRK reopened their military communication lines and put them back to normal operations from 10:00 a.m., the South Korean defense ministry said in a separate statement Tuesday.

Fixed-line phone calls through the fiber-optic cable and faxing to exchange documents are currently under a normal operation, the ministry noted.

From Tuesday afternoon, the military authorities of the two Koreas planned to restart their regular phone calls twice a day at 9:00 a.m. and 4:00 p.m. local time.

The western military hotline across the inter-Korean border worked normally, but some technical problem was found in the eastern hotline, the ministry said.

The ministry said the restored hotline would substantially contribute to the defused military tensions on the Korean Peninsula.