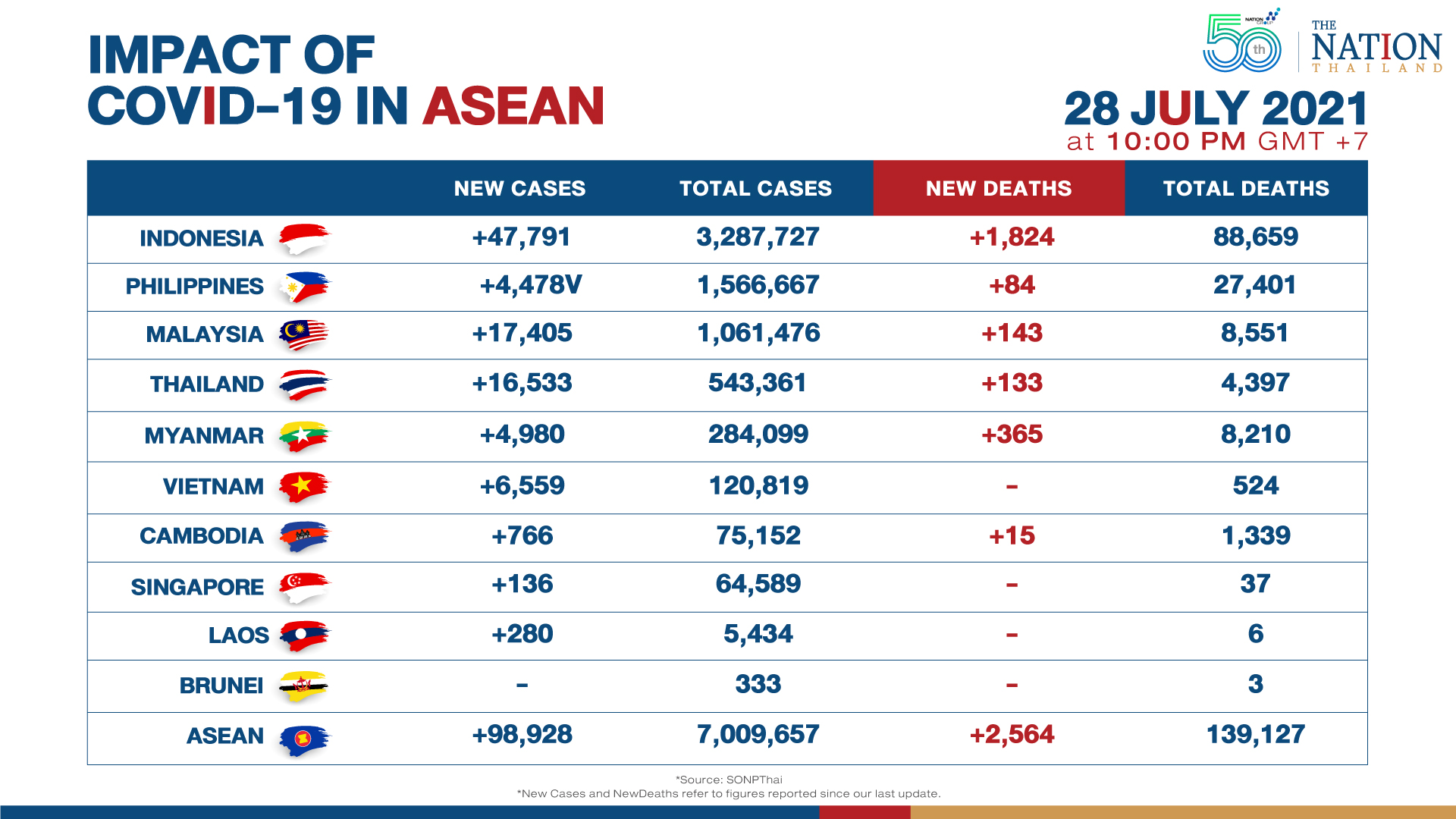 The government said it would allow retail shops, selected businesses and department stores to open under certain conditions this week, but will continue to impose the tightest disease control measures in Java and Bali, which are the epicentres of the outbreak, until August 2.

Meanwhile, Malaysia’s prime minister insisted that the government is not going to extend the state of emergency that will expire on August 1. The country has been under emergency rule since January, with Prime Minister Muhyiddin Yassin arguing it was needed to curb Covid-19 from spreading further.

Despite the emergency and strict lockdowns, the pandemic in Malaysia has only worsened, triggering public anger in the neighbouring country.