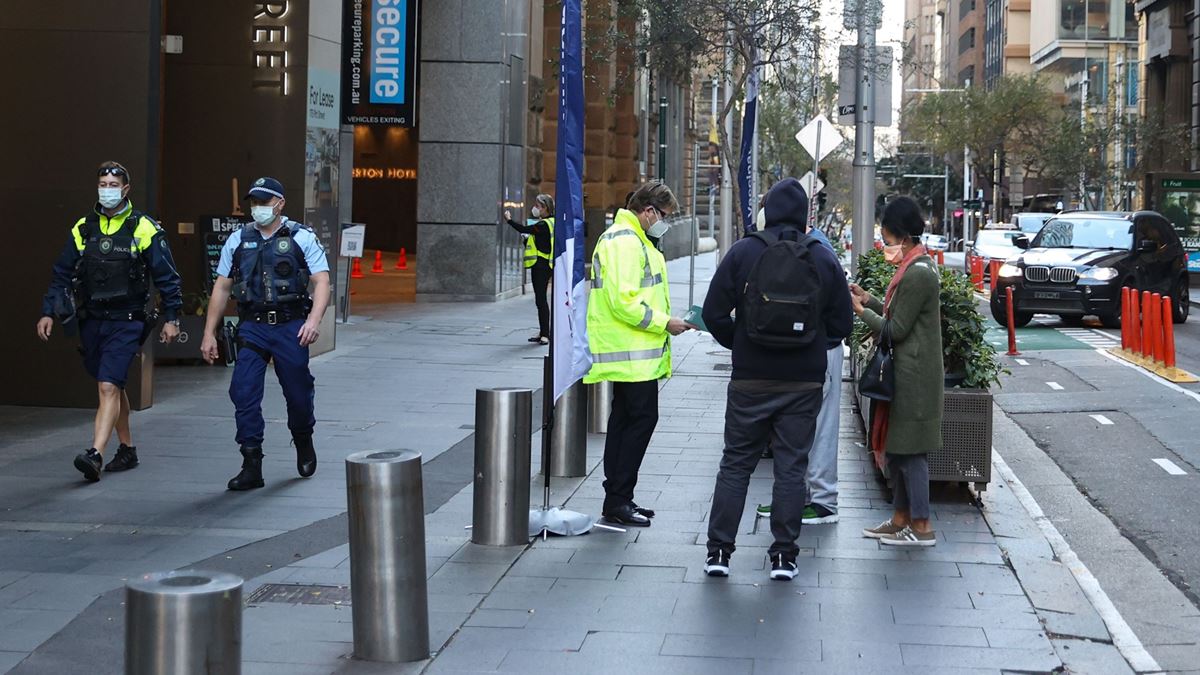 The rise of the highly contagious delta variant is challenging even the most aggressive Covid-19 containment regimes, an ominous sign as economies look to open up and return to pre-pandemic life.

An outbreak that started at an airport in the eastern Chinese city of Nanjing is testing that country's zero-tolerance measures, which are some of the most sweeping and comprehensive in the world.

New infections are rising by the dozens and seeding subsequent clusters around China despite well-honed systems of mass testing and stringent quarantines. Beijing reported its first locally transmitted infection in six months Thursday, linked to an outbreak in the southern province of Hunan among people who'd recently been to Nanjing.

The variant is scaling some of the toughest virus defenses, with "Covid Zero" places -- countries that had snuffed out the virus within their borders -- still seeing outbreaks despite strict anti-virus measures.

Among the hardest hit is Australia, where delta is slipping through the mandatory hotel quarantine system far more easily than past strains and taking advantage of a low community vaccination rate. A delta-fueled outbreak even forced Sydney, despite its efficient contact tracing and testing apparatus, into weeks of lockdown, with cases climbing to nearly 3,000 since mid-June.

In China, the first infections were among nine airport cleaners. The cluster quickly expanded to their close contacts, then to a handful of other locations, leading to nearly 200 confirmed Covid cases as of Thursday. It's one of China's biggest outbreaks since a wave concentrated in the country's northeast saw more than 2,000 infections last winter.

Officials have confirmed that the new outbreak is caused by the delta strain, which has been driving a resurgence in infections across the world.

The variant, which first emerged in India and is more transmittable than other strains, is exposing the limitations of the strategy of virus elimination, which is also favored by New Zealand and Singapore. Taiwan, which went months without any infections at all last year, recently backed away from Covid Zero, saying it was no longer targeting nil cases but transitioning toward a strategy of living with the virus.

Many of the people infected in China, including the Nanjing airport workers, had been fully vaccinated -- and only four have developed severe cases of the disease -- according to official data. The numbers signal that the immunity generated by China's vaccines while enough to ward off critical illness and death, is still insufficient to prevent the spread of the variants.

Nanjing is ramping up Covid measures as the outbreak added 18 more cases on Thursday. All residential compounds have been placed under lockdown, and the city is starting a third round of virus testing for its more than 9 million people. The airport has canceled most flights and its staff have been placed under restrictions.

The infected Beijing resident is likely connected to a cluster at an outdoor theater performance in Hunan, where the audience included infected people who had traveled to Nanjing. It's the first local infection recorded in tightly-guarded Beijing since the start of the year, when an outbreak in nearby Hebei province led to sporadic cases in the Chinese capital.

The cluster has placed every one of the roughly 3,000 theater-goers in Hunan at risk of infection, local authorities said, indicating that the number could grow.

The Chinese vaccines' efficacy in preventing symptomatic Covid has ranged between 50% to 80% in studies, lower than the more than 90% effectiveness for the potent mRNA vaccines developed by Pfizer and its German partner BioNTech, as well as Moderna.

Countries including Thailand and United Arab Emirates that initially relied on Chinese vaccines have decided to offer booster shots to some fully-vaccinated people to provide better protection against the delta strain. Globally, the variant has already forced the U.S. to institute new mask mandates, delayed a reopening in Singapore and put other Australian cities under lockdown.

Despite its largely closed borders, China has also seen more frequent virus flareups since the beginning of this year as variants from other hotspots around the world get in, often through workers in high-risk areas such as airports and cargo centers.

The outbreaks, while minimal compared to clusters in parts of the U.S. and Southeast Asia, are putting pressure on officials to rethink the vaccination campaign to possibly include booster shots. China's inoculation drive -- the fastest in the world -- is just a month away from covering 75% of the country's 1.4 billion people with two doses.

Sinovac Biotech -- whose inactivated virus vaccine has formed the backbone of China's inoculation campaign, and rollouts in many parts of the developing world -- said Wednesday that a third dose of its shot increases antibody levels by three to five times, building a stronger case to give booster shots to workers in China at greater risk of contracting the virus.

Bloomberg also reported in April that China was expected to approve the mRNA vaccine developed by BioNTech. The shot could be used as a booster for people fully vaccinated with Chinese vaccines.