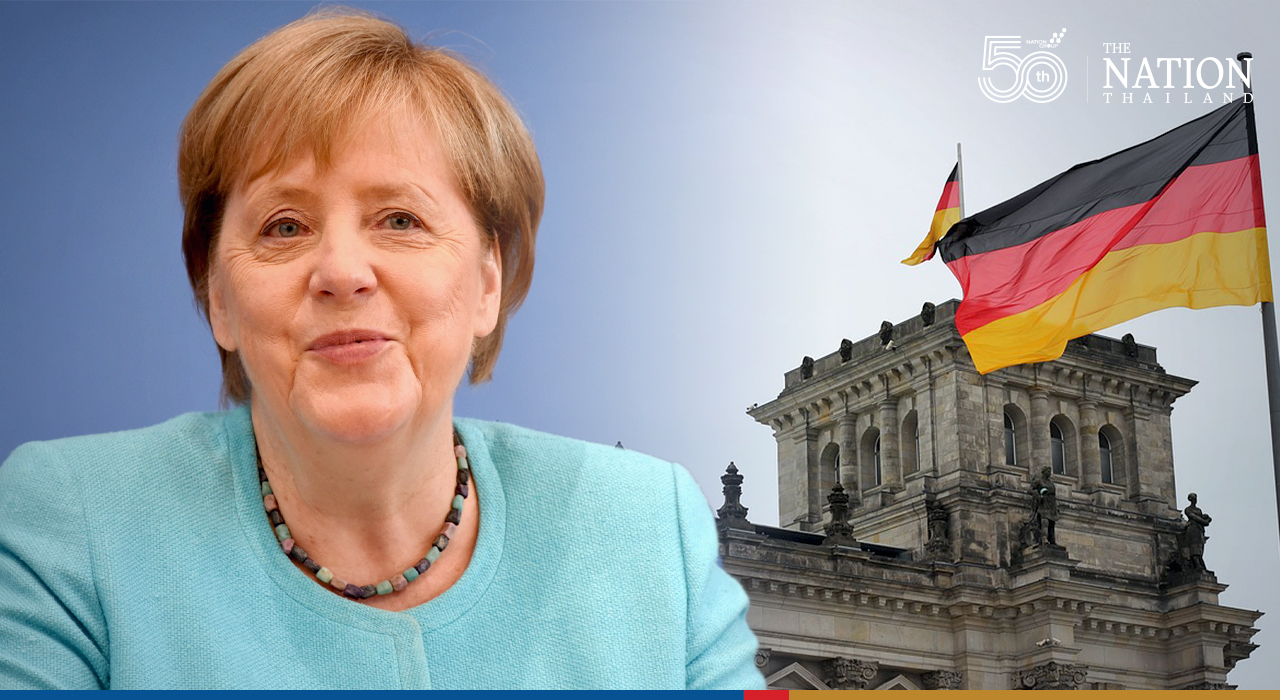 After 16 years, Germany Merkel is stepping down. Heres how her legacy was built.

After a decade and a half in power, German Chancellor Angela Merkels era is coming to an end. The first German premier to leave power of her own volition, she has chosen not to run in elections later this month that will usher in her successor.

If negotiations to form a government drag on after the Sept. 26 elections, she could overtake Helmut Kohl as modern Germany's longest-serving leader. She is the doyenne of European politics - a generation of young Germans remembers no one else at the helm.

Her admirers have described her as everything from the leader of the free world to a contemporary Joan of Arc - grand portrayals she has always spurned. Yet she has been repeatedly named among the world's most powerful women. President Barack Obama, among her most enduring advocates, described her as an outstanding global political leader.

But she leaves a complicated legacy. Some applaud her humble, consensus-driven political style. Others see a lack of bold leadership, particularly in the face of a more aggressive Russia and rising Chinese power.

In 2015, she opened the door to more than 1 million refugees, mostly from war-battered Syria. But Merkel's watch has also seen a surge in nationalist sentiment that has propelled the far right into parliament.

While dubbed the "climate chancellor" for her environmental promises, she leaves office with Germany as the world's biggest producer of air-choking brown coal.

Historians will debate her impact for years to come. What is certain: Her departure will leave a vacuum after a career that has spanned more than three decades, beginning amid the dying gasps of the Cold War.

Growing up behind the Iron Curtain, it was the fall of the Berlin Wall in 1989 that opened up the world of politics to Merkel, the daughter of a pastor in communist East Germany.

In a speech at Harvard University in 2019, she described how she'd walk past the wall every day on the way home from work at her scientific institute.

"The Berlin Wall limited my opportunities," she said. "It quite literally stood in my way."

She was 35 years old when the most enduring symbol of the Cold War dramatically crumbled. "Where there was once only a dark wall, a door suddenly opened," she said in the speech. "For me, too, the moment had come to walk through that door. At that point, I left my work as a scientist behind me and entered politics. That was an exciting and magical time."

That history has, in many ways, shaped Merkel's politics as she has tried to position Germany, and Europe, as a bridge between East and West.

After entering politics, her rise was rapid. She joined the traditional, conservative and male-dominated Christian Democrats and was elected to Germany's parliament, the Bundestag, in 1990. A protegee of Kohl, then Germany's chancellor, she was appointed minister for women and youth the following year, when she also became deputy chairman of the party. In the early days of her career, she was nicknamed "Kohl's girl."

But in a move that stunned German politics, she turned on Kohl in a newspaper opinion piece in December 1999, calling on her former mentor to resign. Now party leader, she argued that his credibility, and the party's, had been damaged in a donations scandal.

"The party thus has to learn to walk," she wrote. "[It] has to trust itself to take on the fight with the political opponent in the future even without its old warhorse, as Helmut Kohl often liked to call himself."

"I brought my killer," Kohl later reflected on Merkel's decision to turn against him. "I put the snake on my arm."

It was a razor-tight electoral win that brought Merkel power in 2005. Few expected sweeping change. The same critics did expect her to last long.

"Many will say, 'This coalition is taking many small steps and not just one big one,' " she said in her first speech as chancellor. "I will answer them: 'Yes, that's exactly how we do it.'

She came to power in a period of relative stability, but Europe would soon be buffeted by successive crises.

- Euro-zone storm. As the euro zone's debt crisis began to unfold in late 2009, she helped lead efforts to save the continent's shared currency. "If the euro fails, Europe fails," Merkel argued.

Clinging tightly to Europe's purse strings, Merkel became the face of northern Europe's frugality. She became a figure of hate in countries such as Greece, as they were forced into crippling austerity. Greek newspapers compared her to Hitler, and her visits were marked with protests for years.

Ultimately, she helped steer Germany and Europe's euro zone through an existential threat. She recently said she sees it as one of her biggest achievements as chancellor.

- Migrant surge. Perhaps the most-defining moment of her political career came in 2015 as the number of refugees arriving in Europe began to surge. Many were fleeing from the civil war in Syria and taking perilous journeys by sea to Europe.

Merkel's opened Germany's doors. In a typically understated comment made after a visit to an asylum center in August that year, she assured the German public. "Wir schaffen das," she said, meaning "We can do it."

"She's on the right side of history on this," Obama said at the time.

But Merkel's refugee-friendly stance divided Europe and was jumped on by Germany's far right, which gained ground as her popularity took a hit.

- The pandemic. When the world was hit by its next epochal crisis, Merkel had learned the importance of clear and frank communication. As some world leaders appeared to dither, she stood out for her science-led approach.

The pandemic laid bare some of the country's deficiencies, including a lack of flexibility that hampered a vaccine rollout. But the majority of Germans supported her leadership during the pandemic.

- East and West. Merkel's 16 years in power have seen a shift in the global world order. Washington has pressured Germany to take a firmer stance toward Russia and China. But as a child of the Cold War, she has stressed the importance of avoiding another one.

She has tried to separate Chinese human rights abuses and Russian expansionism from issues of trade and economy, sometimes also finding herself out of step with her European neighbors.

Her relationship with Russian President Vladimir Putin has, at times, been strained and antagonistic. But she has said it is important to keep lines of dialogue open. Despite her fear of dogs, Putin once brought his Labrador into a bilateral in what she says was an effort to intimidate her.

In a career that has spanned four U.S. presidencies, she has remained staunchly committed to the transatlantic alliance, even as relations became particularly strained under President Donald Trump. In one telling moment in 2018, Merkel's official Instagram account posted a photo showing her bearing down over a table with Trump on the other side with his arms folded.

Merkel has regularly dismissed questions on her legacy, saying historical analysis is not for her and she'd rather get on with the job.

But in a town hall in the coastal town of Stralsund in 2019, she was asked what she'd like children to read about her in history books in 50 years time.