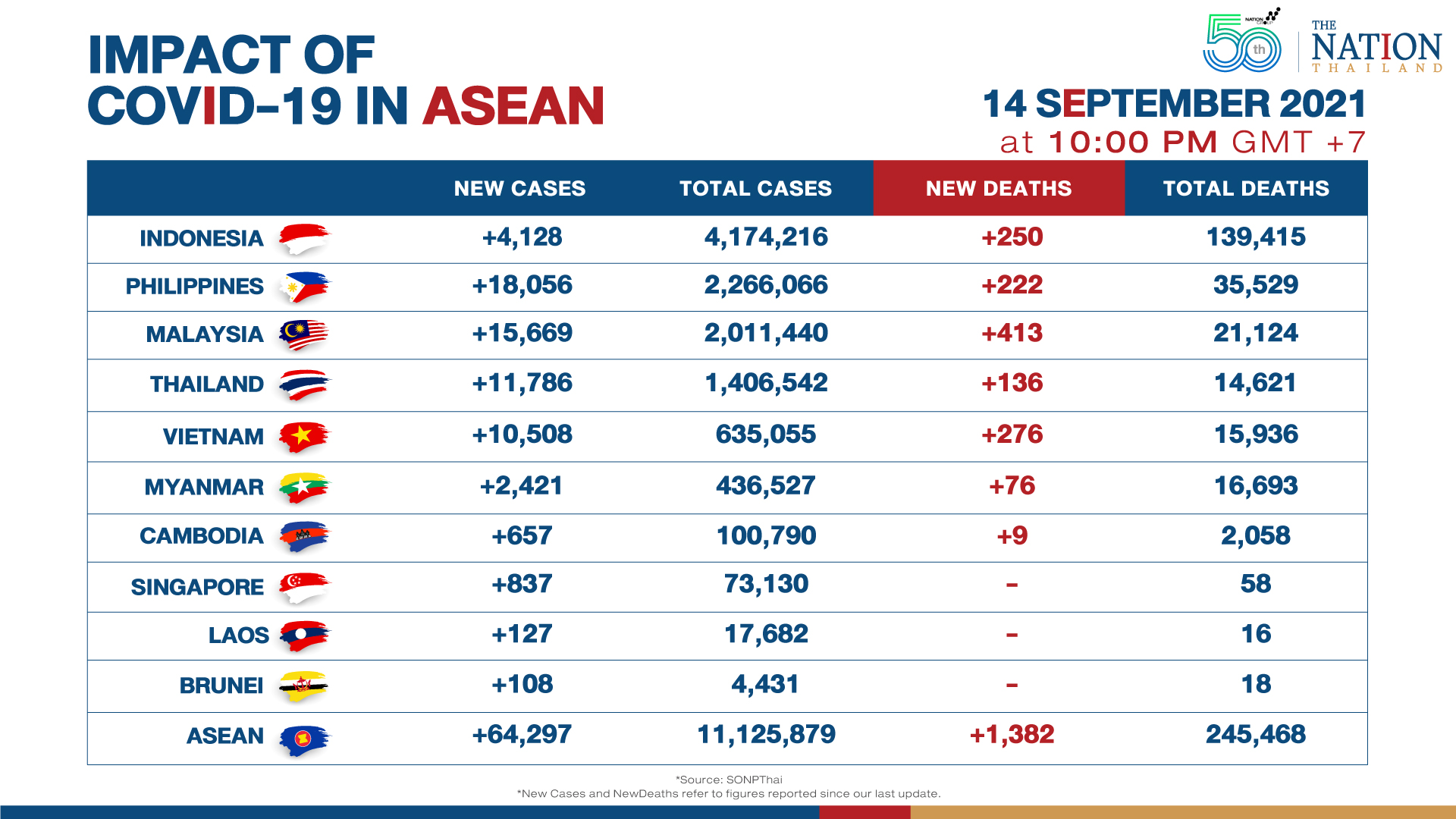 Singapore reported 837 new cases on Tuesday, bringing cumulative cases in the city-state to 73,130 patients and a total 58 deaths.

The Public Health Ministry announced that its vaccine expert team is researching the possibility of using a non-mRNA vaccine as a booster shot. The ministry currently recommends that those over 60 years get a booster shot after they have received two doses of Covid-19 vaccine within 6-9 months.

Meanwhile, Cambodian Prime Minister Hun Sen posted on his Facebook page that he and his wife received their third shots of Covid-19 vaccine on Tuesday.

He said almost 780,000 people in Cambodia have already had their third jab, while the overall vaccination rate in the country is at 71 per cent. Hun Sen insisted that all citizens would eventually get a booster shot.

Cambodia reported 657 new cases and nine deaths on Tuesday, bringing cumulative cases there to 100,790 patients and a total 2,058 deaths.