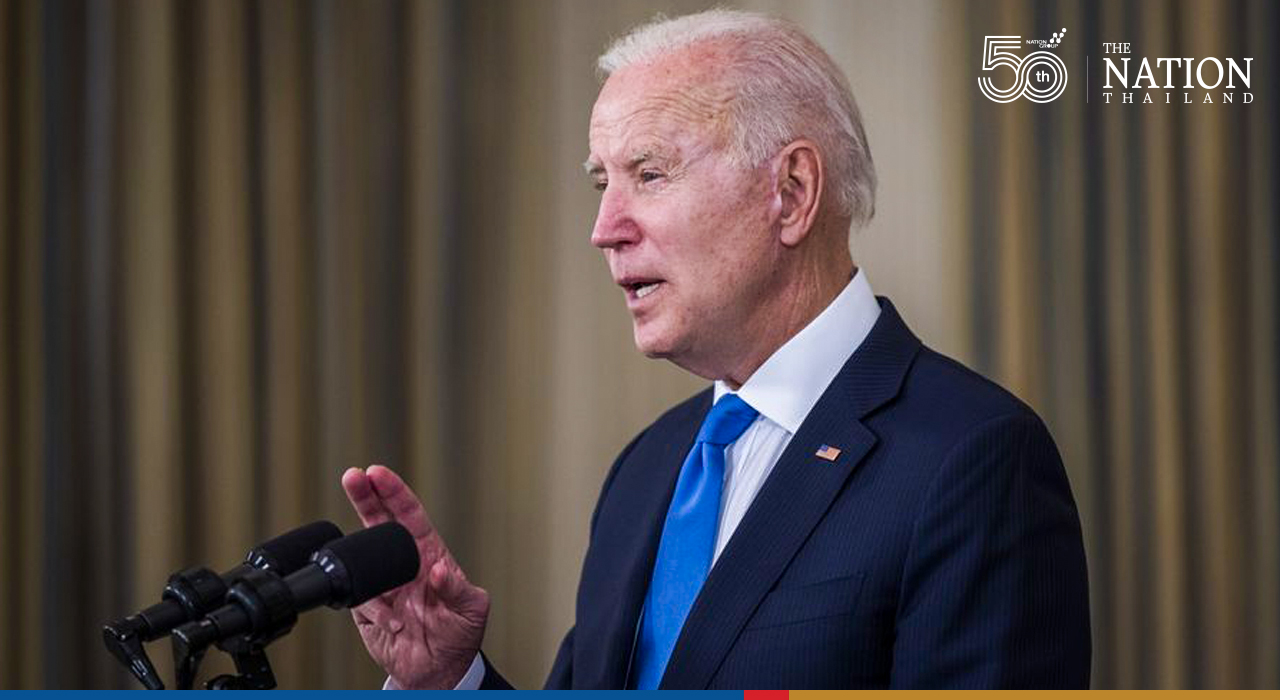 NEW YORK - President Joe Biden defended the messy end to the war in Afghanistan and made a case Tuesday that the world can come together to confront global threats such as climate change and the coronavirus, as he sought to address allies increasing qualms about American leadership.

In his first speech to the United Nations as president, Biden affirmed U.S. support for it and other international partnerships. He pledged additional support for poorer countries often disproportionately affected by climate change and said the challenges of the future require leaving old conflicts in the past.

His measured address was notable mostly for its contrast to the boastful tone and sour reception that marked addresses by President Donald Trump.

Biden drew applause when he closed with a note that his speech was the first by a U.S. president in "20 years with the United States not at war."

"We've turned the page. All the unmatched strength, energy and commitment, will and resources of our nation are now fully and squarely focused on what's ahead of us, not what was behind," Biden said.

"I know this - as we look ahead, we will lead - we will lead on all of the greatest challenges of our time, from covid to climate, peace and security, human dignity and human rights, but we will not go it alone."

U.S. forces continue to serve combat tours in Iraq, where about 2,500 American troops protect a handful of bases with the consent of Baghdad.

On Monday, the U.S. military conducted a drone strike in northwestern Syria in what it called a "kinetic strike" targeting a senior leader of al-Qaida.

Biden tried to justify a foreign policy increasingly built on a broad challenge to China, though he avoided directly addressing or even naming the country he has elsewhere called the United States' most significant competitor.

Xi also appeared to take a swipe at the United States over the collapse of the effort to build a democracy in Afghanistan.

"Recent developments in the global situation show once again that military intervention from the outside and so-called democratic transformation entail nothing but harm," Xi said.

Biden had renounced what he called "nation building" as he closed down the sprawling, multibillion-dollar effort this year. The theocratic Taliban militant movement displaced by the United States and NATO in 2001 is now back in charge.

"Both leaders are seeking to establish themselves as working responsibly to manage U.S.-China relations and implicitly suggesting that if there is a further breakdown in relations, it is the other side's fault," said Ryan Hass, a senior fellow at the Brookings Institution.

Other reception for Biden's address at the United Nations was muted.

Biden met with Iraq's prime minister before leaving New York, and also with Australian Prime Minister Scott Morrison. He will also see Morrison at the White House on Friday, following a surprise announcement that Australia would purchase U.S.-made nuclear submarines, a major military challenge to China in its Pacific neighborhood. The arrangement infuriated France, which had contracted to provide less capable vessels. French officials claim they were blindsided.

Biden did not mention the controversy during his speech but tried to show that the United States is not charting a solo course.

"We must choose to do more than we think we can do alone so that we accomplish what we must together," he said. "Ending this pandemic and making sure we're better prepared for the next one, staving off climactic climate change and increasing our resilience to the impacts we already are seeing, ensuring a future where technologies are a vital tool to solving human challenges and empowering human potential, not a source of greater strife and repression."

The fence-mending follows several setbacks for Biden as he attempts to rebuild trust among allies after four years of Trump. European allies have grown increasingly skeptical about Biden's message that "America is back" in light of an Afghanistan withdrawal that left NATO nations feeling sidelined and as he advances a China agenda that many find needlessly confrontational.

Biden persuaded ambivalent allies to take a slightly tougher public line against China over human rights and economic practices during his first trip abroad, in June. But he has gotten little public backing for his broader argument that China could pose an existential threat to democratic governments in the future, and that old conflicts such as Afghanistan are a distraction.

"The world of today is not the same world as 2001," Biden said of the year the Afghan conflict began in response to the terrorist attacks of Sept. 11.

"We'll stand up for our allies and our friends and oppose attempts by stronger countries to dominate weaker ones," Biden said of his posture toward U.S. adversaries, but he added that he does not intend to escalate hostility. "We are not seeking a new Cold War or a world divided into rigid blocs."

Biden entered the gathering of global leaders shadowed by the rift with France, whose foreign minister has openly questioned whether Biden really represents a change from Trump, who distrusted traditional alliances and rejected consensus.

"We can only acknowledge that this spirit is still the same" as under Trump, Jean-Yves Le Drian told reporters Monday.

"A basic principle among allies is we talk to one another. We can't hide and put together some alternative strategies. This is surprising and shocking; this is why there is a crisis of trust beyond the fact that the contract is being broken."

The concern among European leaders that Biden is taking a go-it-alone approach includes the withdrawal from Afghanistan, he said. Several NATO allies opposed Biden's Aug. 31 withdrawal deadline but felt powerless to argue against it. Others grumbled that the United States didn't have sufficient plans in place when the moment came, leading to scenes of chaos as foreigners and vulnerable Afghans rushed to flee a Taliban takeover.

Europeans have also raised alarm of a refugee crisis or terrorism arising from the collapse of the Western-backed government in Afghanistan.

"The Europeans should not be left behind in a strategy chosen by the United States," Le Drian said.

French President Emmanuel Macron temporarily recalled his ambassadors to the United States and Australia in protest, an unprecedented breach between Washington and Paris that left the White House scrambling. Biden and Macron are expected to speak by phone this week.

Biden hosted British Prime Minister Boris Johnson at the White House later Tuesday. The populist Johnson was a Trump favorite for his successful effort to withdraw Britain from the European Union. His relationship with Biden is businesslike but cooperative as Britain prepares to host a marquee climate summit in November.

The two made small talk in the Oval Office and Johnson thanked Biden for his remarks underscoring a renewed U.S. commitment to addressing climate change.

"It's fantastic to see the United States really stepping up," Johnson said.

Even as it has embraced more aggressive action to cut emissions under Biden, the United States has faced criticism for not doing more to pay its fair share to help more vulnerable countries battered by climate change.

In April, the Biden administration promised to double its annual climate financing to developing countries by 2024, to $5.7 billion - a figure some critics said was too little given the U.S. role as the world's largest historical emitter of greenhouse gases.

Biden pledged Tuesday that he will work with Congress to again double that request.

"This will make the United States the leader of public climate finance, and with our added support, together with increased private capital and other - from other donors, we'll be able to meet the goal of mobilizing $100 billion to support climate action in developing nations," he said.

Collectively, the world is far off target from the goals of the 2015 Paris climate agreement and remains on a trajectory that scientists and many policymakers have described as "catastrophic."

Trump pulled the United States out of the Paris compact; Biden won goodwill among major allies by rejoining it in one of his first actions as president.

But distrust and exasperation persist among small, developing nations that have done little to cause climate change but often have been most ravaged by its effects.

Developed countries pledged more than a decade ago to begin providing $100 billion annually by 2020 to help the most defenseless nations deal with the deepening consequences of sea-level rise, heat waves, intensifying hurricanes and other effects of warming - and to hasten the transition away from fossil fuels as those economies grow.

That money has never fully materialized.

According to an updated analysis this month from the Organization for Economic Cooperation and Development, developed nations mobilized $79.6 billion in 2019 to help poorer countries grapple with climate change - a 2 percent increase from the previous year but still a $20 billion broken promise.

"Failure to fulfill this pledge would be a major source of the erosion of trust between developed and developing countries," U.N. Secretary General António Guterres told reporters on Monday. "Developed nations need to bridge this gap."