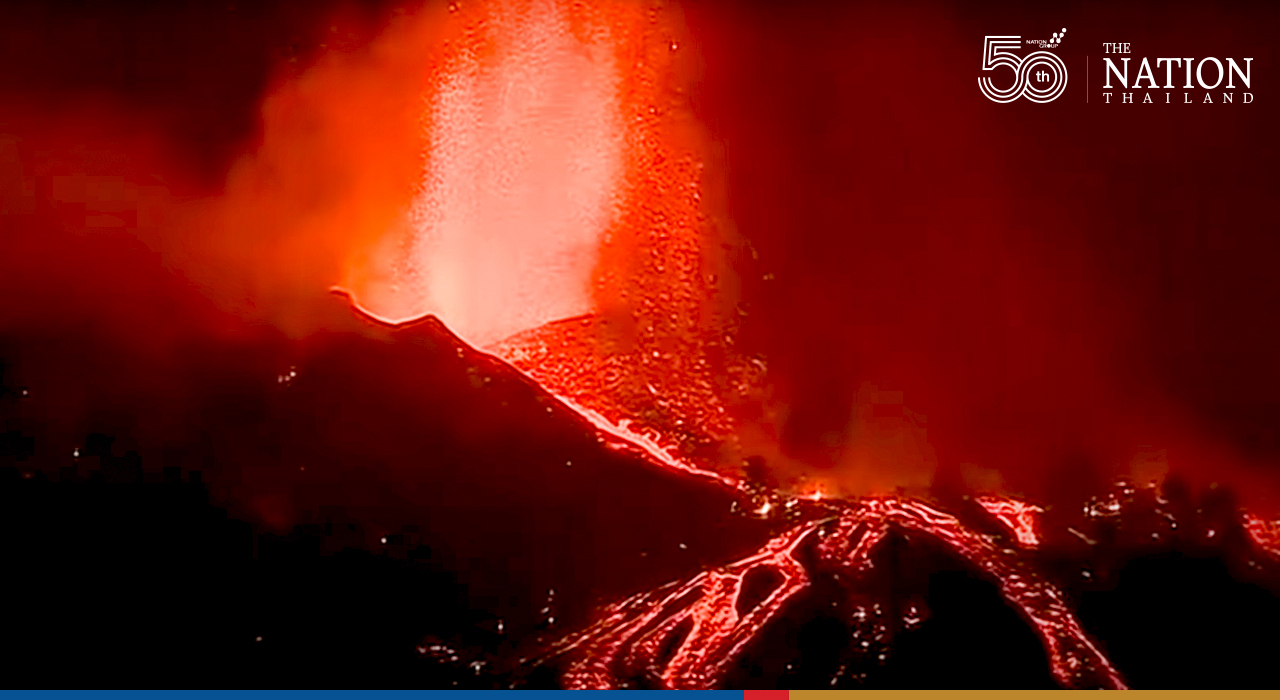 An estimated 5,000 residents fled their homes as a volcano on La Palma, one of Spains Canary Islands, erupted Sunday and sent streams of red molten lava downhill toward villages and a column of thick, dark smoke into the sky.

Videos and photos on social media showed streams of bright orange lava from the Cumbre Vieja volcano flowing through streets, engulfing houses and roads, while fountains of lava and ash exploded overhead.

The volcano, which last erupted in 1971, had shown signs of activity in the days leading up to the eruption, placing locals on high alert.

"Follow the advice of the authorities and DO NOT GO near the site of the eruption," the institute tweeted Sunday.

According to authorities, more than 22,000 tremors were detected in one week around the active volcanic region.

"According to experts there are about 17 to 20 million cubic meters of lava," Canary Islands President Ángel Victor Torres told a news conference Sunday night.

People with disabilities were evacuated ahead of the eruption, which took place around 3 p.m. local time Sunday. Hiking trails had also been cordoned off to the public as a precaution, CNN reported.

Torres added that the lava was slowly flowing "towards the coast" and that nobody else would need to be evacuated.

Locals were advised to stay away from the area and to exercise "extreme caution," Reuters reported, as soldiers were deployed to help.

On Sunday, Spanish Prime Minister Pedro Sánchez tweeted that he had canceled his trip to New York for the United Nations General Assembly and confirmed he would be arriving in the area to help in the aftermath of the eruption.

Meanwhile, Spain's Tourism Minister Reyes Maroto caused a backlash after she suggested that the volcano eruption could be used to attract tourists. "We can also make the most of this as an attraction, so that a lot of tourists who want to enjoy what nature has brought to La Palma can do so in the coming weeks and months," she said, according to The Guardian.