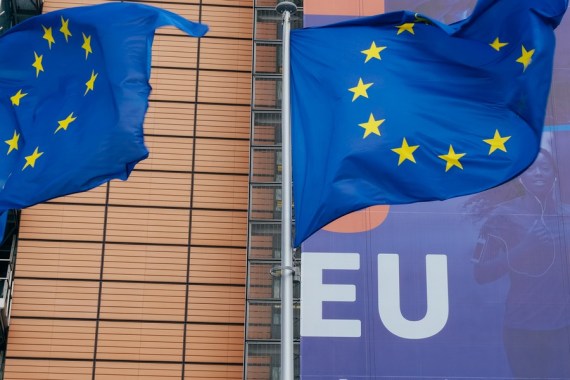 European Council President Charles Michel also expressed concerns about the AUKUS agreement, demanding an explanation from Biden on why he misled France and other European partners in forging the new strategic agreement in the Indo-Pacific.

European Commission President Ursula von der Leyen has described as "unacceptable" the way France was treated by Australia, Britain and the United States in their newly established security partnership AUKUS.

The European Commission chief expressed her dismay during an interview with CNN, in which she demanded explanations from U.S. President Joe Biden.

"There are a lot of open questions that have to be answered," von der Leyen said. "One of our member states has been treated in a way that is not acceptable, so we want to know what happened and why. And therefore you first clarify that before you keep going with business as usual."

The deal was signed recently by the United States and Britain which will share nuclear submarine technology with Australia.

European Council President Charles Michel also expressed concerns about the AUKUS agreement, demanding an explanation from Biden on why he misled France and other European partners in forging the new strategic agreement in the Indo-Pacific.

He took to social media to say: "The AUKUS security partnership further demonstrates the need for a common EU approach in a region of strategic interest. A strong EU Indo-Pacific strategy is needed more than ever."

He then told reporters at the UN General Assembly: "With the new Joe Biden administration, America is back." This was interpreted as questioning whether the U.S. had returned to the international table.

"What does it mean America is back? Is America back in America or elsewhere? We do not know," he added.

Michel told journalists at the UN on Monday that the U.S. had demonstrated "lack of loyalty" after Australia cancelled the multi-billion-dollar deal with France on nuclear-powered submarines which it will now obtain from the U.S. and Britain.

"The elementary principles for allies are transparency and trust, and it goes together. And what do we observe? We are observing a clear lack of transparency and loyalty," Michel told reporters.

He added that the Europeans need clarifications on this deal and would step up efforts to build their own defensive capabilities.

French Foreign Minister Jean-Yves Le Drian said in New York on Monday that all EU countries should be worried about the contempt the United States has shown to its allies.

Even EU foreign affairs chief Josep Borrell weighed in on the alliance during a press conference in New York following an informal EU Foreign Ministers' meeting when they considered it "very disappointing." He said the ministers expressed clear solidarity with France.

Borrell said he also met with his Australian counterpart Marise Payne in a planned meeting during which he inquired about the reasons behind the lack of prior consultation on AUKUS.

Australia says France knew it had deep and grave concerns about its submarines before U.S. deal