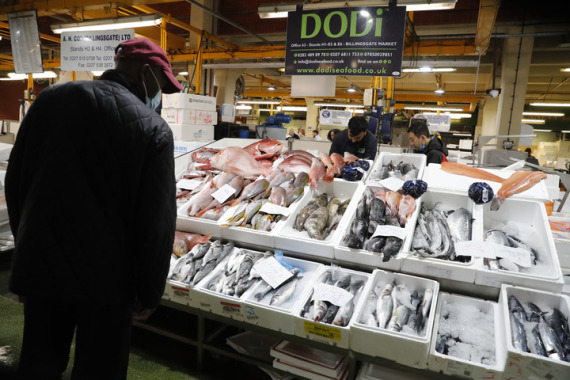 The conflict between France and Britain over fishing rights continues to escalate as France threatens retaliatory measures including preventing British fishing boats from disembarking at ports and increasing border and sanitary checks on British goods.

The dispute over fishing rights between Britain and France has escalated as France threatens retaliatory measures against Britain's fishing industry and the broader trade. It is a fresh sign the sector with tiny economic value continues to exert outsized influence on their post-Brexit relations.

On Wednesday evening, France said it was preparing sanctions, and some measures could be imposed from next Tuesday unless enough progress is made in its fishing row with Britain. The move came after France complained only half of the licenses needed were given to French fishing boats to operate in British territorial waters.

Measures unveiled by France include preventing British fishing boats from disembarking at ports, increasing border and sanitary checks on British goods, tightening security checks on British boats and increasing checks on trucks going to and from Britain. Media speculates further measures could include cutting electricity supplies to the British Channel island of Jersey, as France previously threatened in May.

"France's threats are disappointing and disproportionate, and not what we would expect from a close ally and partner," a British government spokesperson said in a statement.

"The measures being threatened do not appear to be compatible with the trade and cooperation agreement (TCA) and wider international law, and, if carried through, will be met with an appropriate and calibrated response. We will be relaying our concerns to the EU Commission and French government," the spokesperson said.

Britain insisted it has granted 98 percent of licence applications from EU vessels to fish in its waters. British media said since Dec. 31, 1,673 EU vessels have been licensed for fishing, of which 736 were French.

Britain's Brexit Minister David Frost said Britain will be seeking urgent clarification of the French plans and will consider what further action is necessary.

Post-Brexit fishing row between Britain and France started earlier this year after the British Channel island of Jersey's government introduced a new licensing system requiring French boats to show fishing history in Jersey's waters to obtain future permits. It led to both sides dispatching navy vessels to monitor the situation in Jersey's waters in May.

Fishing is politically sensitive to both Britain and France. It is a thorny issue during the time-consuming Brexit talks, with the EU linking British financial firms' access to its market with their fishermen's rights to operate in British waters.

It will appear more sensitive given the French presidential elections next April and British Prime Minister Boris Johnson's eagerness to demonstrate his country's control of its own waters after Brexit.

Adam Parsons, Europe Correspondent for Sky News, said Emmanuel Macron has an election next year and knows that sticking up for fishermen plays well with voters in northern France. Boris Johnson, always casting his own eye on public opinion, is well aware that fishing rights became a totemic topic among many Brexit voters.

Neither side wants to be seen to back down too readily. But a resolution will require cool heads, gentle diplomacy and level-headed thinking -- France's decisions to go public with its threats may not help that process, according to Parsons.

Patrick Martin-Genier, professor of Paris Institute of Political Studies, told media that the TCA was signed between the EU and Britain, not France and Britain. "In other words, EU countries must be united on fisheries. The French government has made several attempts to secure the support of EU countries, but Brussels has so far been careful not to add fuel to the fire, only previously expressing regret at the limited number of fishing licenses granted."

France has pushed the EU to increase pressure on Britain over the fishing rights dispute. The Guardian reported earlier this month that 14 EU member states, including France, Belgium, Ireland and Spain, are preparing to issue a joint declaration accusing the British government of risking "significant economic and social damage" to their fishing communities.