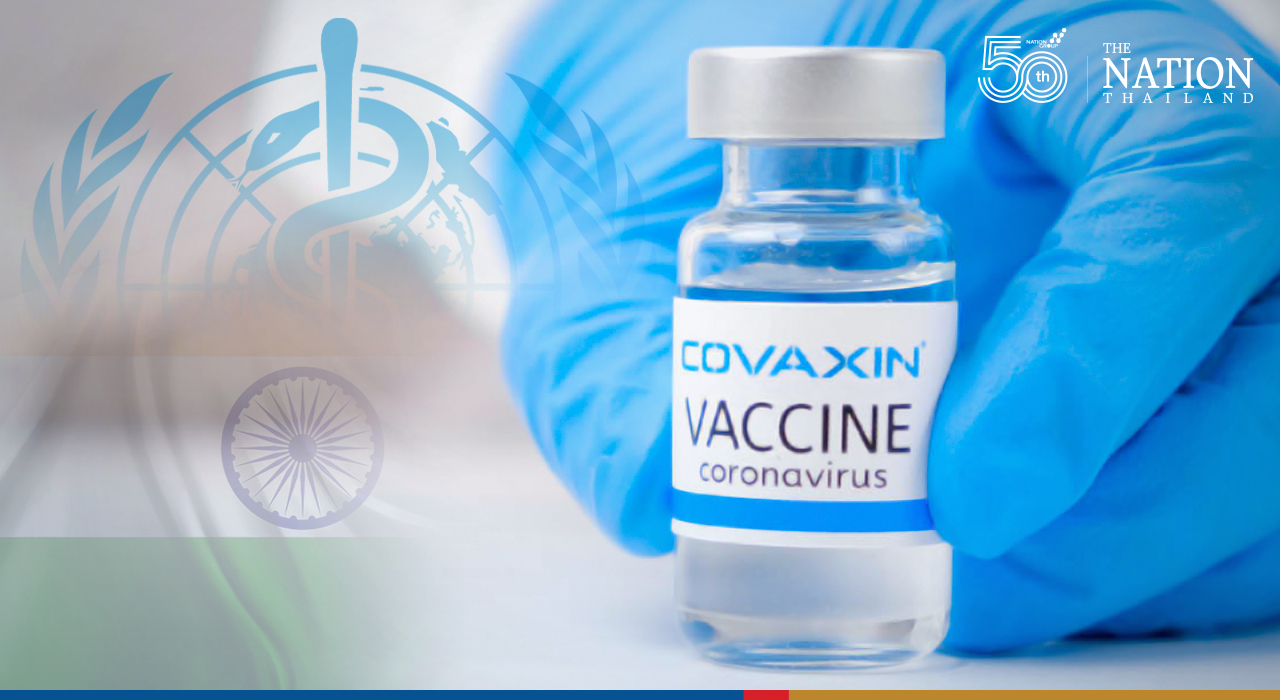 WHO grants emergency authorization to Indias Covaxin, giving a boost to supply for poorer nations

NEW DELHI - The World Health Organization on Wednesday granted emergency-use authorization to the Indian-developed coronavirus vaccine, a move that could provide a meaningful boost to the global vaccine supply and open the door to outbound travel for millions of Indians.

As of Wednesday, India had administered more than 121 million doses of Covaxin, according to data from the Ministry of Health and Family Welfare. The vaccine was developed by the private firm Bharat Biotech in partnership with India's National Institute of Virology and the Indian Council of Medical Research.

The WHO listing allows India to send Covaxin doses to the United Nations-backed Covax program, an initiative that seeks to collect vaccine doses from major manufacturing countries and distribute them - especially to poorer nations, where vaccination rates remain low.

Bharat Biotech says it has the capacity to produce 50 million to 55 million doses per month.

"Validation by WHO is a very significant step towards ensuring global access to India's widely administered, safe and efficacious Covaxin," Bharat Biotech Chairman Krishna Ella said in a statement Wednesday, adding that the company hoped to contribute to "equitable access" to vaccines globally.

The WHO's Strategic Advisory Group of Experts on Immunization recommended the use of the vaccine in two doses, with a four-week interval between doses, in all age groups 18 and older. The panel said the vaccine was found to have 78% efficacy against covid-19 "of any severity," 14 or more days after the second dose.

Even though coronavirus vaccines are widely available in many wealthy nations, the WHO is still likely to fall short of its goal to vaccinate 40% of people in all countries by the end of the year, said Andrea Taylor, a researcher at Duke University who has tracked global vaccine distribution.

The projected injection of more than 50 million doses of Covaxin per month into the global supply is "not enormous," Taylor said. "But it is a safe and effective vaccine that will help to fill urgent supply gaps in lower-income countries. The situation is desperate, and every vaccine and every manufacturing plant we can leverage is important."

Unlike vaccines made by Pfizer and Moderna, Covaxin is not based on new mRNA technology. Instead, it uses an inactivated antigen of the virus that causes covid-19 to stimulate an immune response - an older, well-established technology for vaccines. It has been used by other WHO-approved vaccines, including the Chinese-made Sinopharm and Sinovac.

Expectations were high last year that India, a pharmaceutical powerhouse that produces a significant share of the vaccines distributed in the developing world, could play a significant role in inoculating the world against the coronavirus. But India itself was devastated by a massive second wave in the spring and abruptly froze vaccine exports in April.

But Covaxin, which has roots in a lab at India's top virology institute, was always seen more as a symbol of national pride. The first shot of Covaxin was given in March to Prime Minister Narendra Modi, who has often spoken of promoting Indian innovation.

After a WHO advisory panel sought additional clinical trial data from Bharat Biotech in October and withheld approval for Covaxin, the disclosure sparked an outcry in India. An angry Ella, the company chairman, went on television and asked whether "some people think Indian companies are soft targets and anything done in other parts of the world is the gold standard."

The mood was different Wednesday. Health Minister Mansukh Mandaviya cheered the WHO approval, which came just a day before a major Indian holiday.

"This is Diwali for a self-reliant India," he said on Twitter.