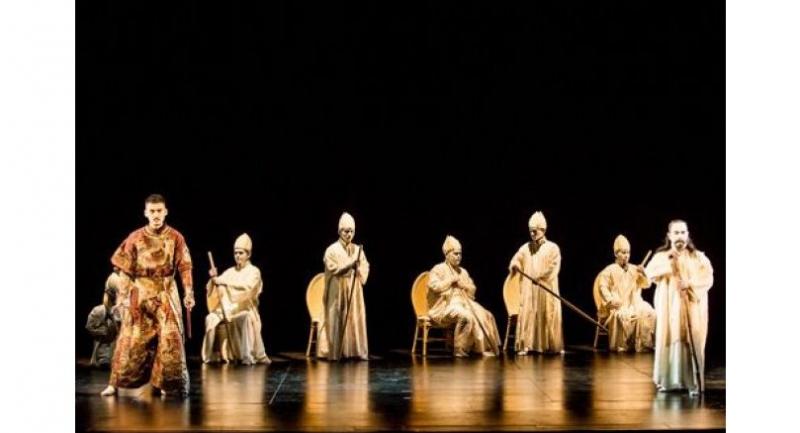 The 2019 edition of the annual Singapore International Festival of Arts (SIFA), formerly known as Singapore Arts Festival (SAF), opened last Thursday. And while there are fewer posters in public or non-arts spaces, there are plenty of new faces among the audience, and that’s thanks in part to festival director Gaurav Kripalani’s curation, which seems to live up to the promise that there’s something for everyone.

At the Victoria Theatre, Japanese theatre director Tadashi Suzuki made a rare visit to Singapore, and indeed Southeast Asia, for the staging of his “Dionysus”, an adaptation of ancient Greek tragedian Euripedes’ “The Bacchae”. Three years in the making, the production was put out by veteran Indonesian producer Restu Imansari Kusumaningrum and her team at Bali Purnati Foundation. She was also behind Robert Wilson’s “I La Galigo” 15 years ago and gave a talk on intercultural projects at the Festival House on Monday when she revealed that 16 Indonesian performers underwent the Suzuki method of actor training workshops for two years before starting their work with the Japanese director.

Soon to be seen at the Theatre Olympics 2019 in Japan, “Dionysus”, with dialogue in Bahasa Indonesia dialects, Mandarin and Japanese reflecting the multinational cast’s mother tongues and with most of the audience relying on the English surtitles, last Saturday afternoon was highly anticipated. The Japanese master of intercultural theatre didn’t let us down and watching his production, live, is always a special treat for any theatre-goer. Suzuki himself also worked with Indonesian costume designer Auguste Soesastro and the result was immaculate. The same can be said for the work of music composer Takada Midori who worked with musicians from many parts of Indonesia. That led some of us to wonder if the production would have been more unique – and less like other Suzuki productions – had the Indonesian actors been allowed to share their diverse backgrounds with the Japanese master.

Peter and the Wolf

Singaporean multi-disciplinary artist Ho Tzu Nyen, a new co-curator of Asian Art Biennale in Taiwan, has been presenting his “Critical Dictionary of Southeast Asia” through different forms of arts around the world. The latest was a stage performance “The Mysterious Lai Teck” at the School of the Arts (SOTA) Drama Theatre. The title character was the leader of the Malayan Communist Party in the 1940s who was suspected to have worked as a spy for France, Britain and Japan, and was rumoured to have been killed in Thailand. If this were a Hollywood film, it might have been a fun international thriller. Instead, Ho keenly put his audience in the mix of fact and fiction, aurally and visually, with the help of lighting, projections and a humanoid. The experience was like attending a lecture, and after a while you wondered whether the professor really knew what he was talking about. At the end you felt like the professor wasn’t even there and we’d only been listening to his voice.

Meanwhile, New Zealand’s Silo Theatre brought “Peter and the Wolf” to the KC Arts Centre in Robertson Quay. A challenge for makers of children theatre productions these days is not only to keep the accompanying adults equally entertained, if not amazed, but also to keep the full attention of media-savvy kids, even for 50 minutes.

Silo Theatre was up to the task here and having a local narrator onstage – it was Kripalani himself last Sunday morning – was a smart trick and a nice treat. The deft mix of stringed puppets and live animation, shot and projected onto the large screen above, as well as the contemporary rearrangement of Sergei Prokofiev’s classical score, performed live, made this show immensely fresh and relatable.
The long queue of kids, holding their parents’ hands, who wanted to get up close to the puppets and performers after the show was also a good sign for the future audience of this international arts festival now that many of them have enjoyed their first SIFA experience.

The writer’s trip was fully supported by SIFA. Special thanks to Huntington Communications’ Juliana Tan for all kind assistance.

More this weekend and next

- SIFA 2019 continues until June 2. A few highlights this weekend are Shiro Takatani’s “ST/LL”, with music by Ryuichi Sakamoto, who’ll give a talk this evening prior to his soldout concert “Fragments” on Tuesday; and the world premiere of Huzir Sulaiman’s “Displaced Persons’ Welcome Dinner”. Three Thai theatre critics will also join Asian Arts Media Roundtable (AAMR), a SIFA’s affiliate programme.
- For more details and ticket reservations go to www.Sifa.sg.