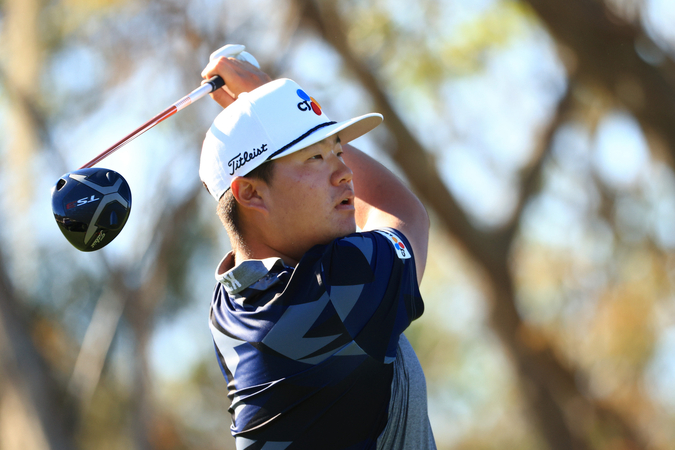 Ironman Im has golden dreams of winning THE PLAYERS Championship

Korea’s Sungjae Im has likened THE PLAYERS Championship to the four majors in the world and says it is his ambition to hoist the prestigious golden trophy at least once in his burgeoning golf career.

The 22-year-old Im, who is currently the highest-ranked Asian golfer in the world at No. 17, will enjoy another crack at the PGA TOUR’s flagship tournament at The Stadium Course at TPC Sawgrass starting on Thursday.

It was a year ago that THE PLAYERS was cancelled after the first round due to the COVID-19 pandemic. A three-month shutdown subsequently ensued, which proved untimely for Im as he was in imperious form following a maiden TOUR victory at The Honda Classic, a third place at the Arnold Palmer Invitational and an opening 69 at TPC Sawgrass.

When the TOUR resumed play last June, the Korean talent needed time to regain his groove. But a runner-up finish in his Masters Tournament debut in November, followed by a tied fifth at the Sentry Tournament of Champions in January signaled a return to his best form.

Such is his mood that Im, who has earned nicknames such as “Ironman” and “The Machine” for his work ethics and busy playing schedule, has his eyes set on THE PLAYERS and hopes to emulate countrymen K.J. Choi (2011) and Si Woo Kim (2017), the only two Asians who have triumphed at TPC Sawgrass.

“It is the biggest event alongside the four major tournaments,” Im said ahead of the US$15 million showpiece.
“Everyone wants to produce their best performance at THE PLAYERS. It was a bit disappointing that it got cancelled last year but hopefully I can play all four rounds with great scores this time around. Two Korean players have won at TPC Sawgrass, which has made me think that the course actually fits well to Korean players. I’ve got a feeling I can also compete for the top.

“When K.J. won THE PLAYERS, I was young and I couldn’t watch the live broadcast. However I watched the re-run right away.”

Im has been one of the revelations in the sport since breaking through on the Korn Ferry Tour in 2018 where he was named Rookie of the Year and Player of the Year. In his first season on the PGA TOUR a year later, he amassed an impressive seven top-10s and became the only rookie to qualify for the top-30 FedExCup Playoffs Finale, the TOUR Championship. He later capped the year with a stellar debut for the International Team in the Presidents Cup against the United States, where he delivered 3.5 points at Royal Melbourne, including a convincing singles victory over Gary Woodland.

With THE PLAYERS assembling the strongest field in tournament golf, Im said being the best of the best would be another feather to his cap. “If I get to win THE PLAYERS, it will definitely give me some pride. I hope to compete well with the talented players but as you know, it is very hard to do that in every event. However, I want to hold that trophy for at least one time in my career,” said Im, who is currently ranked 19th on the FedExCup points list.

His limited experience at the Pete Dye-designed Stadium Course has been bittersweet thus far. In his debut appearance two years ago, Im missed the halfway cut by one following rounds of 73 and 71, with his second round featuring an ace on the par-3 13th hole and a double bogey at the signature par-3, 17th hole famed for its island green.

“I remember the hole-in-one. The pin was almost positioned toward the left, near the water. I needed a birdie to make the halfway cut and then I decided to play aggressively. Luckily, my tee shot went near the pin, landed five feet past the flag and spun back into the hole,” said Im.

“The 17th hole looks short but the pin location is crucial in your choice of play. It can be very difficult and being an island green, you need to play it safe, aim for the middle of the green, which will eventually help you make par. This strategy will help in making decent scores there.”

Other Koreans joining Im in the elite field this week include Byeong Hun An, K.H. Lee, Sung Kang and Si Woo Kim.