The result at the Maracana stadium marked Argentina's first major tournament victory since the 1993 Copa America, when they beat Mexico in the final in Ecuador.

"It's an amazing feeling," said Di Maria, who was named man of the match. "Leo [Messi] told me before the game that this was my final because I missed the [Copa America] finals in Chile and the United States [in 2015 and 2016], as well as the World Cup final here in 2014. I'm glad that he was right." 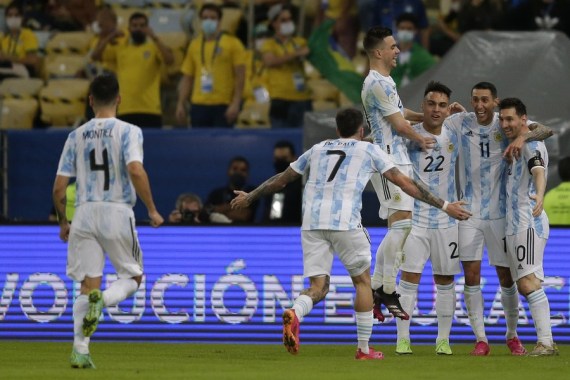 Messi could barely contain his emotion after the final whistle, celebrating effusively with his teammates after finally clinching a major trophy in his 10th attempt - including six editions of the Copa America and four World Cups.

Despite his sublime form throughout the competition, the 34-year-old was below his best in the final. The forward's best scoring chance came in the 89th minute when he combined with De Paul before seeing his tame shot from six yards easily blocked by Ederson. 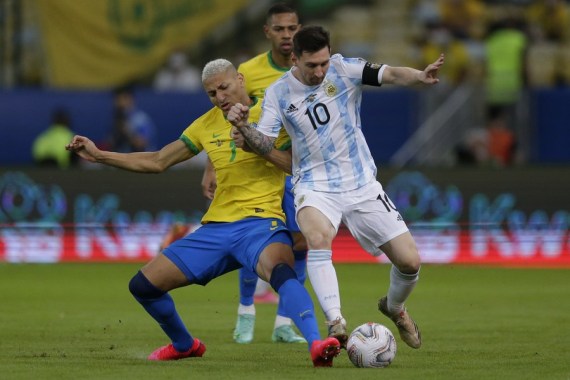 Brazil similarly lacked inspiration in the final third, apart from a brief period in the second half when Emiliano Martinez tipped Gabriel Barbosa's left-footed shot over the bar and Thiago Silva headed over from a Neymar cross.

The Albiceleste defended with nine men behind the ball in the last five minutes and the final whistle drew wild celebrations, both on the pitch and among the few hundred Argentine fans present in the stands.

Thailands Chatchai-Decha one win away from boxing medal at Tokyo Olympics.