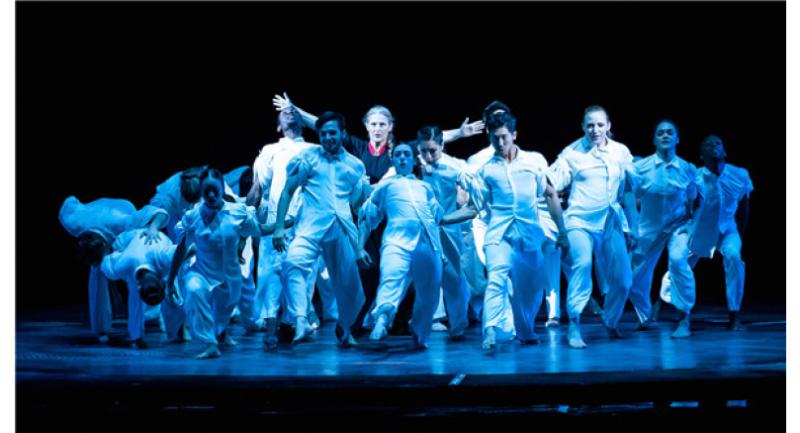 A dance drama, based on a Chinese story but made with an international audience in mind is set to delight audiences all around China. Titled “Pearl-Spring, River, Moon, Flower and Night” and based on the life of Pulitzer Prize-winning author Pearl S. Buck, it had its China premiere in Nanjing, Jiangsu province, on November 23 and will kick off its China tour next year.

The show had its world premiere in August at the Lincoln Centre for the Performing Arts in New York. It has also been staged in Montreal and Vancouver in Canada and has toured in Boston, Chicago and Los Angeles, attracting more than 126,000 people.

The theatre production, which combines dance, film, music, multimedia and music, is the brainchild of Chinese producer Tang Xiaolei and American dancer-choreographer Daniel Ezralow. It’s performed by a troupe of 30 Chinese and American dancers.

“This dance drama was created four years ago. We were thinking about producing a show with a Chinese story, but which could also be understood by an international audience,” says Tang, whose company, Legend River Entertainment, operates in Beijing and New York.

“We chose the Pearl S Buck story from several Chinese stories because she is a bridge between two cultures, and provides an enlightened understanding of East and West.”

Tang, who brought Beyonce, the late Whitney Houston and German rock band Scorpions to China, adds the story of Buck not only speaks about the past but also delivers a message for today, telling us about how to live together in the world.

Born in West Virginia, Buck (1892-1973) lived in China with her missionary parents at the turn of the 20th century, overcoming a difficult childhood and numerous obstacles on her path to self-discovery.

Her unique perspective lives on today in the more than 60 books that she wrote, including her 1932 Pulitzer Prize-winning best-selling novel “The Good Earth”, which became an Academy Award-winning film in 1937.

She also created the concept of international adoptions and advocated for women’s rights.

Over the past couple of decades, memorials and museums dedicated to Buck have been created in China.

For Tang, the biggest challenge when producing this dance drama was to create a production that would be accepted overseas.

She recalls when she first took the script of “Pearl-Spring, River, Moon, Flower and Night”, to American dancer-choreographer Daniel Ezralow, four years ago, Ezralow was not very interested.

However, after Tang split the story into five chapters, which parallel the poem, “Spring, River, Flower, Moon, Night” by Chinese poet Zhang Ruoxu of the Tang Dynasty (618-907), Ezralow agreed to join in.

She also fed him with ideas of Chinese elements such as calligraphy, tai chi and traditional folk music.

Ezralow, choreographer and director of the show, has created original works for the London Contemporary Dance Theatre, and the Cirque du Soleil, and choreographed the opening ceremony of the Sochi Olympics in 2014. “I did not want to do a narrative show. I wanted to do an impressionist show,” he says.

He also says that working with a half-Asian and half-Western creative team was a challenge.

“With the cross-cultural society we live in today, I started psychologically to understand the cultural differences,” he says.

Tang also travelled with Ezralow to Zhenjiang, Jiangsu province, where Buck lived and spent most of her life before 1934.

This is the first collaboration between Tang and Ezralow, who both agree that this show tells Buck's story not from a Chinese angle, but from an international perspective.

“Ultimately, we wanted to produce a show, which could help an international audience discover China more,” says Tang.