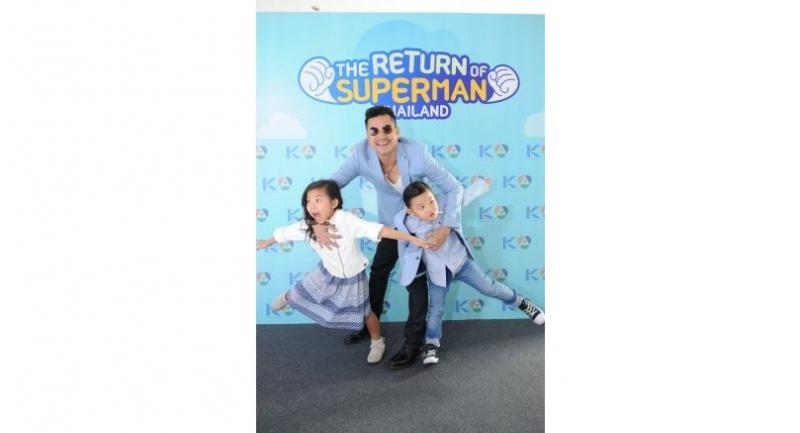 Actor Somchai Khemklad and his kids.

A popular TV reality show from South Korea, “The Return of Superman”, is finally ready with the Thai version for viewers. The Thai edition shows how four celebrity fathers spend their time taking care of their kids in the absence of their mothers.

“The Return of Superman Thailand” shows you the lives of new fathers who have not spent a lot of time with their kids. The beautiful relationship between father and child, and the meaning of family is something we don’t see a lot these days, as modern-day fathers are working away from home most of the time, leaving the task of bringing up the child to the mother,” says Kulp Kaljareuk, managing director of Kantana Group. The original show was a huge success in South Korea and has now been remade into an American TV show. Kantana Group has secured the rights for the show, which also has a solid fan base in Thailand.

The four have the task of taking care of their kids for 48 hours without any help. The audience will love the humorous and adorable incidents that the kids and their fathers face. Funny, warm and touching, the audience will be moved by the love between the four fathers and their children. Watch “The Return of Superman Thailand” every Saturday at 3:25pm, starting March 25 on Channel 7.

Tags:
The Return of Superman