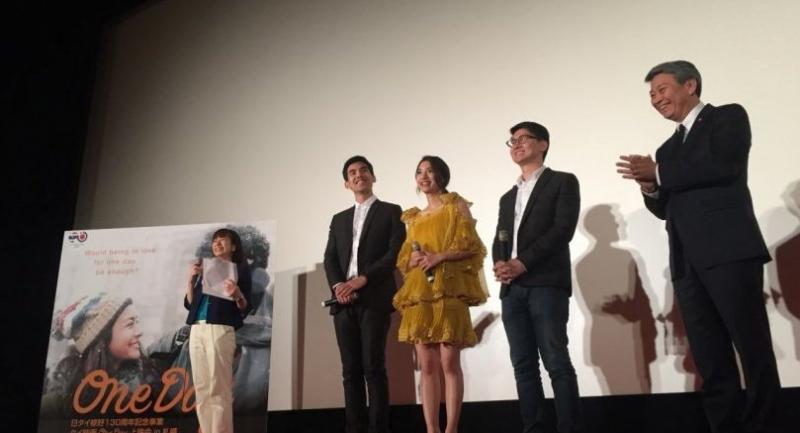 It made its Japan debut at the Osaka Asia Film Festival last month and last Saturday Thai movie “Fanday ... Fan Kun Khae Wan Diaw” (“One Day”) enjoyed a special screening at Hokkaido’s Sapporo Plaza cinema, where much of it was filmed.

The show was organised as part of the celebrations marking the 130th anniversary of Japanese and Thai diplomatic relations and director Banjong Pisanthanakun flew into Sapporo for the screening along with his stars Chantavit Dhanasevi and Nittha Jirayungyurn.

Also in the audience were Sapporo Mayor Katsuhiro Akimoto and the Thai ambassador to Japan Bansarn Bunnag.

Then it was time to head back to the film’s main location Kiroro Resort and indulge in some skiing. Chantavit admitted he was delighted to be back and had lots of happy memories of his earlier visit.

“It’s good to be back here again. The people in Sapporo are very kind and it’s lovely to see them all again,” Nittha added.