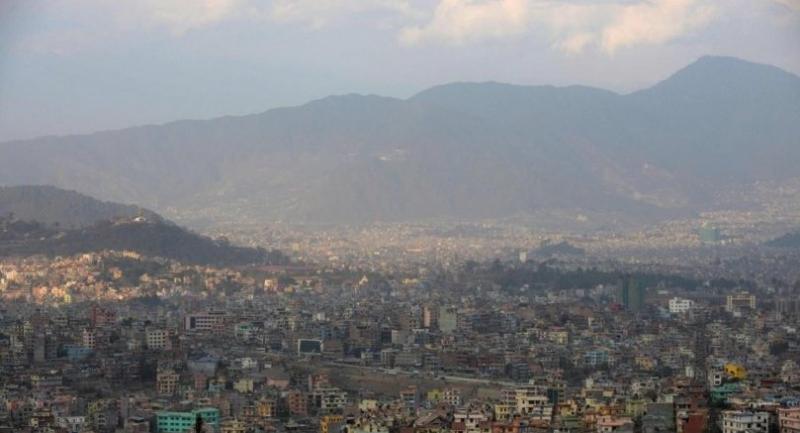 Haze and dust in the Kathmandu valley./AFP

NEPAL’S government is trying to tackle rising pollution levels in the smog-choked Kathmandu Valley, but standing in the way is a powerful bus mafia that controls the capital’s roads.

The rulers of Kathmandu’s streets are a web of transport syndicates made up of private bus owners who have repeatedly blocked official attempts to modernise the highly inefficient bus network.

Critics say these associations have managed to win control over the roads and ensure laws stay favourable to them by making payments masked as political donations to key political figures.

“There is no regulatory mechanism that is strong enough to control them,” laments Kanak Dixit, chairman of Sajha Yatayat, a cooperative bus company trying to break the hold of the transport mafia.

“This sector has so much cash liquidity that they are able to influence the politicians and therefore they get their way.”

A $30-million (Bt1.05-billion) six-year programme mostly funded by the Asian Development Bank (ADB) aimed at cleaning up the system, by introducing larger buses in busy areas and redrawing overlapping routes, is gathering dust.

Meanwhile more than 10,000 buses and minibuses in varying states of disrepair ply the streets of Kathmandu, Patan and Bhaktapur -- three cities that bleed into each other, making up the largest urban area in the country.

“We prepared a very excellent report with the help of donors, |but when it came to the implementation phase we failed to materialise it,” says Bimal Prasad Subedi, deputy director of the Kathmandu Sustai-nable Urban Transport Project (KSUTP).

“They [the bus syndicates] protested against our plans .. They are private entities and don’t want to lose their profit.”

Corruption in Nepal has flourished during the political instability that followed the end of the decade-long civil war in 2006 and seen the country cycle through nine governments since then.

That is far above the maximum threshold of 25 recommended by the World Health Organisation (WHO) for a 24-hour exposure.

But Dharman Rijal of the National Federation of Nepal Transport Entrepreneurs – an umbrella group for the bus operators – says the modernisation plans amounted to “bullying small investors”.

“I stopped going to these fruitless meetings,” he says.

“We have urged the government and KSUTP to enter open competition with us, but replacing our buses with their new buses is injustice.”

Bus routes are allocated by the Department of Transport Manage- ment, but only on the recommendation of an association, and competition between operators over fiercely guarded routes has on occasion turned violent.

Under pressure to be seen to be acting on pollution, which regularly makes the headlines of local newspapers, the government introduced a ban on public vehicles older than 20 years in February.

So far the government says only four minibuses and one bus of an estimated 2,500 that fail to meet the new age requirements have been taken off the road.

Most bus owners have refused to retire their old vehicles without compensation, accusing the government of bringing in the ban at the behest of the new vehicle lobby.

The deeply entrenched political patronage system that has been allowed to thrive will make it difficult for the government to now bring the bus mafia to heel, observers warn.

“If you allow private sector to go unregulated on something that is supposed to be a public service then they will run amok for sure,” Dixit says.

“There is no way to put that genie back in the bottle.”